Romania and Bulgaria: Monasteries and History 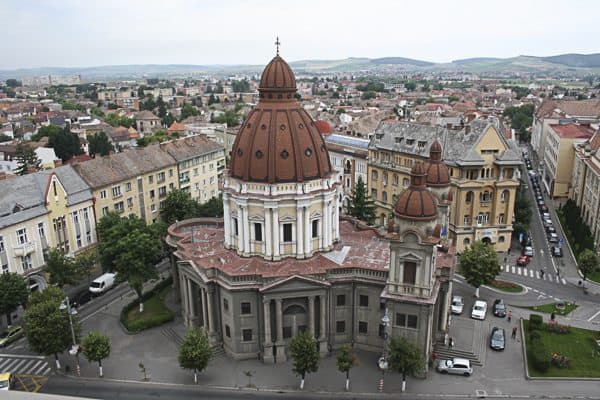 A Brief Guide for Traveling Through Bulgaria and Romania

Juxtaposed with a strikingly blue sky and vibrant green grass, the 15th-century steeples of the painted monasteries in Bucovina, Romania, leap out of the landscape and into a fairytale existence.

The exterior walls are decorated with intricate elaborate paintings — snapshots from the life of Christ and biblical scenes brought to life in gorgeous color.

“It’s quite a drive to get there, and not everyone who goes to Romania takes the time to see them,” said Devin Connolly, a tour guide for MIR Corporation, one of National Geographic’s Best Adventure Travel Companies on Earth; “They date back to when literacy was very low, so they serve as visual bibles of sorts.”

Each monastery is painted with a different predominant color: one is red, one is yellow, another is green and the last, called Voronet, is painted blue; with a tone so iconic and rich, made out of crushed lapis lazuli, that artists today called the blue pigment Voronet Blue.

Usually, there’s a nun available to give a tour: “It’s really great to have a nun walk around and explain things,” said Connolly, “Even better than a national guide, because they live there.”

Tucked just below Ukraine in Central Europe, Bulgaria and Romania might not top every list of places to go for the adventurous traveler — but they should!

Hostels are cheap, with prices around $10 per night and under; bus and train travel is accessible and reasonably priced, and there is a lot to see. That being said, be ready to improvise outside of the big cities because public transport can be spotty in the smaller villages.

Connelly also mentioned that Rila Monastery can be booked for night-long stays by pilgrims traveling through, but she wasn’t sure who the monastery classified as pilgrims.

Even if you don’t plan to spend the night, the ancient structure, which peacefully sits in a quiet glen, is a great stop.

Founded in 927 by Ivan Rilski, the site is UNESCO-listed and, according to MIR Corporation’s website, “was originally home to a colony of hermits and ascetics.”

Because it survived through the centuries, including oppressive Ottoman rule, Rila Monastery preserved Bulgarian culture, and today protects ancient traditions.

Advice for the Adventurous Traveler

If you’re the travel-adventurer type and would rather try something new, you can ride-share through Romania with Bla Bla Car — which is kinda like old school hitch hiking married to modern-day Uber. The site allows travelers to book in advance to hop a ride with others who are going in the same direction.

Overall, Romania and Bulgaria are relatively cheap countries to solo travel through and allow easy tourist movement and casual meandering. For the most part, taxis are cheap and reliable. But,  still be wary especially around tourist populated areas.

The weather is good, too: in the summer and early fall, temperatures range from 65 to 75 degrees Fahrenheit, with a little bit of rain.

If you rent a car, be careful of the police. Traffic laws are tight and police officers in Romania (in particular) can confiscate any form of license for one to three months — license-less would be a terrible way to spend your trip.

Be wary of pickpocketing in Bulgaria, especially near the popular tourist destination, Sunny Beach. Don’t change money in the streets because you’ll be ripped off. Instead, find licensed exchange points, banks, or hotels.

Or, if you’re looking for a more traditional take on travel, MIR Corporation offers a 16-day tour through Bulgaria and Romania. Your entire itinerary is booked for you: nights are spent in hotels and meals are provided.

The tour begins in Sofia, Bulgaria, and hits all the highlights in Bulgaria and Romania, such as the Palace of Parliament in Bucharest, the Fortified churches in Saschiz & Biertan (a UNESCO World Heritage Site), Rila Monastery and of course the painted monasteries of Bucovina.

It’s good to travel seasonally as well — in the summer the annual Rose Festival occurs in Kazanluk, a city that is the “center of Bulgaria’s rose oil industry” and features parades, festivities and traditional costumes.

Transportation is accessible and lodging is cheap — the perfect combination for the adventurous traveler! Over the border in Romania, Bucharest’s old architecture is the main attraction.

Chief of all the palaces in the city, the Palace of Parliament, a 1,100-room mega-structure, is a grandiose masterpiece of Romanian architecture.

The structure is one of the largest buildings in the world, second only to the United States Pentagon. Inside, Transylvanian marble covers about one million cubic meters.

Not far away, Brasov is a Transylvanian cobblestone town with medieval buildings and a rich history which dates back to the 13th century.

The city is well preserved, graced with Renaissance structures, and the centuries-old Black Church, which received its name after the Great Fire of 1689 scorched its walls.

A few more highlight stops (not necessarily included in the tour) in Romania are Bran Castle, Hunedoara Castle, Fagaras Fortress, and Peles Castle.

As far as food goes, expect a lot of meats, veggies, dairy, and soups. There is a notable wine region, especially in the village of Ganesti in Romania.

“Bulgaria and Romania continue to delight with gorgeous locations and adventure,” said Connelly, “It’s one of our most stable and popular tours.”