Bucharest, Romania: More than Vlad to Be Here!

Bucharest, Romania: More than Vlad to Be Here

Mention Romania as a travel destination and you’ll most likely encounter puzzled looks and questions about where, exactly, that is, or inquiries about gypsies or Dracula and Transylvania. While the country does contain its share of gypsies (believed to have originally descended from India’s Punjab or Rajasthan regions), and Transylvania does play up the Dracula connection, nevertheless the ‘real’ Romania reflects much more than a bohemian lifestyle or an insatiable desire to drink human blood.

For those who need a bit of help geographically, Bucharest is the capital of Romania and as such it welcomes a myriad of foreign visitors. Yet despite the fact that Bucharest boasts almost 2M residents, the city is remarkably easy to navigate your way around. (In fact, if you’re ever lost within the city boundaries simply find your way to the behemoth People’s Palace and you’ll know exactly where you are.)

History can’t be escaped within the city, from the communist-era buildings to the Piata Revolutiei – the square where the Romanian people declared their rejection of leader Nicolae Ceausescu, who ruled the country with an iron fist for over 20 years. You can still feel the lingering effects of a disenfranchised citizenry in the dilapidated buildings that dot the landscape, and the drab colors that draped the apartment complexes housing Romanian families.

But 20-plus years after the fall of Communism, you can also sense the feeling of freedom in the air and the abundance of hope reflected in the eyes of those who work in hotels, restaurants and neighborhood shops as they welcome visitors from near and far. (Insert: Bucharest)

One of the areas that’s reflective of the changes Bucharest has undergone in recent years is the Lipscani district. With its cobblestoned streets, tight alleyways and vibrant nighttime vibe, it could be any one of a number of thriving European cities.

Bragging rights are certainly legitimate when it comes to Caru cu Bere (which translates to “Cart of Beer”). Since it first opened in 1879 as a stop for merchants who’d ventured to Eastern Europe to trade their wares, the brewery/restaurant has attracted both visitors and locals alike.

If you want to sample a traditional Romanian meal while you’re in Bucharest, The Lord’s Dish – a combination of ragu, beans and sausage – won’t disappoint. But if your main purpose is to sample local beer, you’ll be more than pleasantly surprised at the affordable price (about $2USD) for a draft of Caru cu Bere’s own home brew.

Culture of a completely different sort awaits just outside the city limits, where you can tour a castle that rivals that of any European country. Peles Castle (or Castelul Peles) is considered by many to be one of the most beautiful in Europe, and rightly so: the exterior architecture, combined with the interior furnishings, make it a stunning example of royal excess.

Designed as a neo-Renaissance building, it was the culmination of a vision of German and Czech architects. Most of the 160-room building can be visited on a guided tour (offered in several languages), but due to the delicate nature of the interior furnishings, visitors are asked to don special footwear to protect the carpets and flooring. (Insert: Peles 3)

You won’t mind the inconvenience, though: once you enter the rooms of the castle, you are all but guaranteed to be transported through time to an era when women wore ball gowns to supper and men wouldn’t dare to be seen in public without a hat. Everyone will have their favorite room decor, work of art or decorative element, but sometimes the tiniest detail is the most compelling. (Such is the case with a series of intricately-carved ivory sculptures that present themselves towards the end of the tour.)

Though Peles Castle may lend itself to intimate details, bookending Bucharest is another cultural excursion that showcases itself on a much grander scale, and is equally worthy of exploration.

(Insert: Castel studios 2) Castel Film Studios is the surprising vision at the end of the road after a 45-minute drive from downtown Bucharest. Situated across the street from a 37-acre forest (which it owns), the facility is a fully-functioning studio that’s welcomed a fair share of international film crews since its opening.

Those aforementioned acres of forest came in handy during the filming of Cold Mountain, the 2003 period drama directed by Anthony Minghella, and starring Jude Law, Nicole Kidman and Renée Zellweger.

After months of location scouting for areas of the world that could emulate the American South during the Civil War, Minghella decided that Romania fit the bill – geographically and financially. When elaborate battle scenes needed to be shot, the forest that’s part of the Castel Films’ property was filled with costumed soldiers and transformed into an American battlefield.

Onsite prop shops at the studio provide the services of carpenters, fabricators and technicians who can craft and shape moulds, furniture, automotive machines, electrical wiring and metal work. Costume designers and tailors are also on hand to create authentic reproductions of period clothing. In the case of Cold Mountain, over 1,250 historically-accurate Civil War-era costumes were created.

By prior arrangement tourists can coordinate tours of the facility, visiting sound stages where snowy, winter wonderlands have been created, the medieval village where the film Barbarossa was shot, or the urban street where a car chase might happen right before your eyes.

Arrangements to tour Bucharest, Peles Castle or Castel Film Studios can be handled through Perfect Tour, Inc., the third-largest travel company in Romania. Working with its US division, Pacific Perfect Tour, travelers from the U.S. can make the connections they need to explore more of Romania than the predictable tour of Bran Castle. Contact them at: 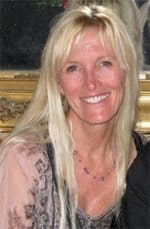 Erin Caslvaka (www.erincaslavka.com) is a Bay Area freelance writer who contributes to a variety of publications including the San Francisco Chronicle, Westways, and Connect Your Meetings.