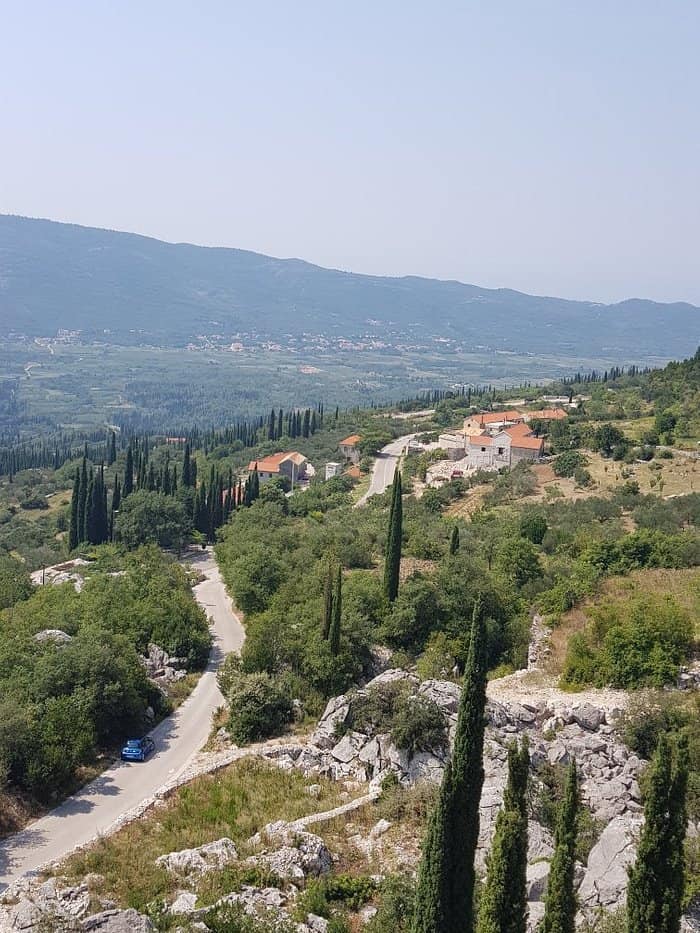 The southern part of Croatia is situated in a valley full of drenches and rivers. Konavle, located at the very tip

of the country’s coast, is one of the best regions in Croatia.

It is a mountainous region overlooking the valley of many types of trees. The tall green Cypress trees show off their straightness and are in clusters in a green valley.

An interesting development inspired by the local community has become a great feature. The old Fortress that stood on a rock for many years in ruins was finally rebuilt. On an inaccessible cliff stands this Fortress and has spectacular views.

The height of this ancient castle is twenty-five meters and is a natural fortress. This came about in Konavle on the road that leads to the north into Bosnia-Herzegovina of the Balkan hinterland.

A haven for the local people to enjoy and spend time working their hard labor in their fields. Small communities and villages are in small numbers. People live here in peace and plant seasonal vegetables, and agriculture is the main source of income. Grapevines are at a large scale and some of the best wines are made in the Konavle region.

In  August 1973 the old Fortress was discovered.  It is called Sokol castle, Sokol means  Falcon from the Croatian language.

The structure was discovered earlier under the Dubrovnik authority in 1423.  A medieval town like Dubrovnik had discovered the ancient castle.  During ancient times guards stood on high walls and guarded the castle against enemies.

They lived behind these old stone walls and a lot about this site is a mystery.

Inhabitants live nearby the old castle and consist of about 150 people. Dunave has become a retirement village. Surrounded by grey mountains, and the Fortress and have a view of the sea on a clear day.

Archaeological artifacts are placed in the small museum in the Kastelan home. The interesting Fort structure has been owned by the county of Dubrovnik since 1420.

Konavle is narrow in shape and the location is between the Sniježnica mountain and the Adriatic Sea.

The Konavle region includes Cavat and is along the Dalmatian coast. Dalmatian dogs come from this region and are one of the most intelligent dogs bred along the coast.

In this valley grows Bay leaf trees, also known as Laurel trees. Walnut trees, the different types of Fig trees, Cherry trees, Mother of all peaches, plums, apples, lemons,  and a variety of herbs are grown in the mountain area.

A fascinating region filled with nature, beauty and unique history from war times to the present times.

Built nearby the cemetery and an old Catholic church has a picturesque view of the valley.  Old village homes have red roofs and are built from stone. The area is not for young people. It is a place for the retired and those who prefer quietness and long walks will like this kind of lifestyle. To relax or cycle, even hiking is an option if you are fit for the climb. 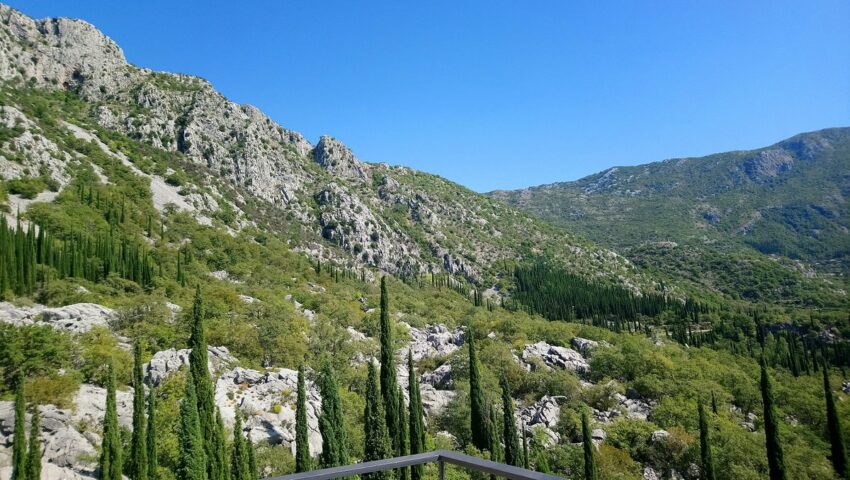 The crescent-shaped valley shown on one side of the mountain is Bosnia-Herzegovina and on the other side is Montenegro. Separated by borders and living in such different places.

An ancient Fortress perched on a cliff situated in the middle of nowhere and it gives a sense of what medieval Konavle in Roman times.  The fine exhibits and the pleasant views surround it in the most stunning vicinity seen in this region. 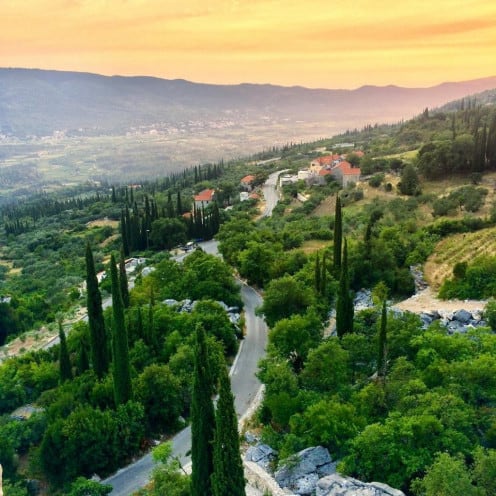 Up in the hills of the Konavle valley is where you can find breathtaking views from the old castle, Sokol Grad.

The upper ramps have restored cannons and a historical structure that is an inspiration to many individuals. Forty-five minutes from Dubrovnik and a great escape into the valley. The green Konavle valley is impressive with twenty villages.

Cilipi and Gruda are built on the slopes of the valley and are the administrative capital of Konavle. Gruda is the place for having a coffee, or for buying your daily requirements. We enjoyed ourselves with some of the best local cuisine, wine, and olive oil in salad dressing.

In the hills of Konavle, we live near the Sokol castle and endure the beauty of this place. It is isolated, and our daily walks keep us fit.  Cilipi is well-known for the traditional folk dancing held on every Sunday. The colorful folk dancing has been going on for decades. The costumes are for both men and women and the event is in front of the church.

Konavle got its historical name from drenches or canals. This dates back to the 1st century A.D.  A discovery of canals that passes through the area had brought water from these wells from a village called Vodovada to the ancient Epidaurum.

The region of Konavle has since in medieval times brought water through canals in the area and this is the reason for the name Konavle.

On the banks of the river in Ljuta are restaurants and here you find the local cuisine. The Dubrovnik airport is located in Cilipi and it was one of the busiest airports in Croatia.

Dubrovnik to Cavtat, near Konavle