My dinner at Ribarski Brevijar is as mysterious to me as Zagreb was, fish so fresh it seems out of place. Zagreb also is not what I expected. What I expected was an Eastern European backwash city.

What I got was a busy beautiful Hapsburg-style capital. The wide streets filled with 19th-century buildings are reminders of Budapest or Vienna. Considering it was also a part of the empire I shouldn’t have been surprised.

Dalmatia Gets the Ink

While Dubrovnik and the Dalmatia Coast are attracting attention worldwide, there is another side of Croatia that shouldn’t be missed. The Northern and Slavonia Regions are filled with castles, character, and wine.

There are more than 300 defined wine regions in Croatia, many not reached by US connoisseurs. With a little help from the Croatian Angels it is heavenly! (Croatian Angels is a full-service agency dedicated to helping tourists) If in doubt call while on the route, they will rescue you!

My hotel, the Esplanade, still serves its beginnings in 1925, a place to comfortably view the heartbeat of Zagreb. It was built as a stop for those taking the Orient Express and now for those wise enough to explore a city undergoing a phoenix. This Regent Hotel is a wonderful place to set up during your stay. 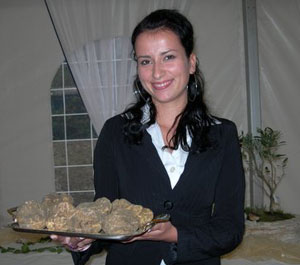 To see the changes of color of the Croatian National Theater as the sun sets is theater enough. Better yet is to watch it from one of the numerous cafes that permeate the Marshall Tito Square.

Also on this square are the Arts and Crafts Museum and Croatian School Museum, all resplendent examples of period architecture. Museums of every type fill the city.

Zagreb is full of parks and squares but the area known as Trg Josip Jelacic is the key zone for shops, restaurants, and people watching. It is also where you can head to another part of Zagreb’s oldest past the Upper Town or Kaptol area.

This hilltop is baroque buildings and narrow streets. Enter from the Stone Gate and you will see a relic revered today, part of the wooden gate destroyed by a great fire in 1731. On it is a painting of the Virgin and Child. Two standouts are the Cathedral of the Assumption of the Blessed Virgin Mary and the Archbishops Palace. Just strolling is taking a trip back in time.

Zagreb has handled invasions many times in the past and can certainly handle visitors well today. When urban life gets too much nearby are diversions aplenty. The mountain you can see from the city is Mt. Medvednica, and it is an outdoor oasis. Hiking is spectacular with two main trails through heavily wooded routes and views extraordinaire. There is also a funicular to help on the way up. It is even possible to ski on four runs with three lifts if the winter snow flies. A perfect addition to a city that shouldn’t be missed.

The Northwest of Zagreb near the Slovenian border is an area that is filled with castles, hills, and history, called Hrvatsko Zagorje. Traveling by car is highly recommended. Two very important spots located near each other in the Veliki Tabor Region tell much about the history of the area.

The first stop for me was at the village of Kumrovec, the birthplace of a man named Josip Broz, better known as Tito. Tito was the Yugoslavian leader and World War II partisan.

The village is a display of the idyllic yet interesting view of life in Croatia’s pre-Yugoslavia past. Tito’s childhood home is a glimpse into his psyche and history proves that it was powerful. Have lunch or just sit by the Sulta River and soak up a time long past.

While the area is filled with castles, the visual stimulus of Veliki Tabor Castle under a blue sky is astounding.

It is also a vivid reminder of the days when Croatia was on the front line against the Turks, perhaps a glimpse into the modern troubles recently past.

While the inside is under refurbishment the setting is perfect. In fact, the local tale of the pretty village girl and son of the Lord fits. The son Friedrich fell in love without dad’s permission and they both suffered greatly — “Romeo never had it so bad”.

Heading back to Zagreb I encountered a town I will return to, Samobor, just about fifteen miles from the capital. “So close and yet so far,” fits well in this case. Through the center of town passes a stream stocked with trout. The pastel-colored buildings soothe and local distilled herbal drink rejuvenates. A wonderful mix that may provide a base for exploring the area.

You would have to be a cold-hearted traveler not to fall in love with the city of Varazdin and the Northern Counties. This is an area that is filled with vineyards, rolling hills, and hospitality. The prime styles of wines are Graevina and Gewurstaweiner.

Varazdin was a one-time capital of Croatia and is today a stunning city with architecture and history. Baroque buildings and small streets make wandering a pleasure. The Castle with its two round towers and civic museum is a great place to catch up on local and national history.

Coffee in the Square

Better yet is coffee in the town square called Trg Kralja Tomislava, the old streets spread like webs from the square. The culinary offerings are the inland style; hearty, meaty and tasty with rich sauces. This is also a good time to get used to the fruity white wines that seldom make it out of Croatia.

Paired with dishes such as strukli (cottage cheese strudel) zievka (traditional cake) the white wine has met its match. Within twelve km of Varazdin are several villages complete with castles such as Jalkovec and Calinec. The many vineyards attest to the long history of winemaking in this area.

Of all the places explored in my visit to the, ‘other Croatia’, this area certainly had a mysterious appeal, it also saw some fierce fighting in the last war. Be sure not to confuse it with Slovakia, a separate country.

This area is the breadbasket of Croatia and was returned to the country in 1998 as part of the Dayton peace agreement. After many years of struggles, the area is poised for a return to its days of prosperity. This is also the place where use of the Croatian Angels may come in very handy.

Pozega was a wonderful city to base in, vibrant and historical and near the Golden Valley, prime wine country. The medieval street patterns are still in use but the buildings date from the 18th century. In the middle of the large square is a Votive Monument called Kuzni pil that was built to ward off the plague.

The city also has a history as an intellectual center and was named the “Slavonia Athens” in the 19th century. Churches, schools, and painting studios flourished and are still active today. Most interesting to me were the 14th-century frescos discovered recently in the St. Lawrence Church.

Most accommodations are guesthouse style and sitting for dinner or coffee in the square is sheer delight! Another good city to visit is nearby Kutjevo, the center of a thriving wine production area started in 1232 by Cistercian Monks. Added to the blessings of great grapes and proper temps is the abundance of Slavonian oak trees, perfect for producing the aging barrels.

Unfortunately, most Croatian wines do not make it to the States, a real shame but fact. Every winery I visited provided great wine as well as local food specialties to sample. All were very friendly and proud of their product.

It is now a proven fact that Zinfandel and an indigenous Croatian grape called Crljenak are one and the same. This was proven at the University of California Davis, America’s premier wine research center. Interesting enough is the fact that one of California’s best producers of wine, Milijenko “Mike” Grgich, is of Croatian descent. Instead of heading to Rutherford, California, follow the roots back to Croatia; you will not be sorry!

The Croatian Tourism Board is one of the friendliest and accommodating boards in the world. They are responsible for the Croatian Angels who over the phone will assist in English on lodgings, cities or just about anything else you may need. They can be reached from one number throughout Croatia. Call 062 999 999 from March till the end of October. For help with planning link to www.croatia.hr

Two of my favorite wineries visited were Korak in Slavonia and Enjingi near Zagreb. Both had top quality and were very open to visitors.

For a description of varieties, vineyards and wine routes click on this comprehensive site.

Besides good guidebooks, I highly recommend bringing the book “Croatia: A Nation Forged in War” by Marcus Tanner. This book gave wonderful insight to Croatian history and cultural background. The section on the recent war was most helpful in getting the facts.