Synchronized beats of drums and Buddhist chants fill the atmosphere in Punakha, Bhutan.

The beats are heard half a kilometer away from Punakha Dzong which is the venue of the annual Tshechu.

The monastery or as locals call it, Dzong, is located on a hillock in the middle of the confluence of Pho Chhu and Mo Chhu rivers and one can only enter inside through a bridge.

Punakha Dzong is massive. The biggest Buddhist Monastery in Bhutan has a huge courtyard where a group of colorfully dressed Buddhist Monks is chanting and dancing.

A crowd of spectators from nearby villages have arrived to seek blessings from Guru Rinpoche. Monks in black robes and masks walk around collecting alms from the visitors.

This is the first week of March and they are celebrating the annual Punakha Tshechu.

Punakha Tshechu is one of the most popular Tshechus in Bhutan. It is held right after the popular Punakha Drubchen.

The unfurling of the thongdrol (a large tapestry) of Guru Rinpoche is the main attraction of the festival. It is believed that a mere sight of the thongdrol liberates an onlooker and cleanses him of his sins.

The former capital and the current winter capital

The huge Punakha Dzong was constructed after Ngawang Namgyal, 1st Zhabdrung Rinpoche, found the peak of the hill as prophesized by Guru Padmasambhava and built the dzong in 1637-38.

Punakha served as the capital of Bhutan till 1907 and was later shifted to Thimphu in 1961. Today Punakha serves as the winter capital of the country.

The nine-day Punakha Tshechu honors Guru Padmasambhava who is credited for introducing tantric Buddhism all over the Himalayas.

Punakha Dzong also follows the tantric sect of Buddhism where a lot of emphasis is given on mantras, hymns, and dance.

One of the performances enacts the war scene between Zhabdrung Ngawang Namgyal’s Army against Tibetan Forces which played a prominent role in the unification of Bhutan.

The dancers dress up in colorful costumes and often move to the beats. Visitors cannot stop themselves from being mesmerized by the elaborate movements.

Punakha and the surrounding areas are also home to the black-necked crane. This mystic and endangered bird arrives in this region in the winter season and the locals welcome them with a festival at Gangtey Goenpa in Phobjikha valley which is 2 hours away from Punakha.

The whole valley offers many opportunities for birdwatching. Black Necked Cranes stay in the valley until early March during the time when Punakha Festival concludes.

The Village with Phallus (Penis) Paintings

This part of Bhutan is shrouded in mystery. This is why a small village on the way to Punakha catches your attention just for one reason. Every house in this village has paintings of male reproductive organs.

It is said that Chimi Lakhang (smaller monastery), in this village is a fabled place where married couples visit hoping for pregnancy. This monastery was constructed by Drukpa Kunley who is also known as the divine madman.

His idea of religion and spiritualism was to expose human hypocrisy for which, he found these paintings the perfect way to confront those who questioned his ideas. Visitors who go to the Punakha monastery stop here and hike up to the monastery.

A welcome change from the predetermined itineraries

Bhutan has opened the restricted areas for tourists. Till now, Paro and Thimphu used to be the popular destinations among the visitors but now, one can cross the snow-covered Dochu-La Pass and explore Punakha, Haa Valley, Phobjikha and Wangdue.

The immense beauty of these destinations is also a lovely change over the crowded tourist destinations of the country.

Bhutan is the only carbon negative country in the world. This means that traveling here will offer you a surprising amount of fresh air and a pleasant atmosphere. You’ll be surprised to see how locals are compliant about traffic rules and the country is so friendly for pedestrians.

The Bhutanese Culture on Display

Festivals are a way to showcase the beautiful culture of Bhutanese people. By attending Punakha Tshechu, visitors will get to learn about the different sects of Buddhism and will also get a chance to explore one of the most mystic monasteries in the world.

The photographers have the opportunity to click amazing photos of these monks in their attire that is difficult to find in other popular destinations.

Punakha has something for every traveler. 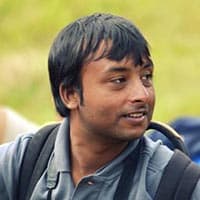 is a solo traveler with a keen interest in festivals and cultures of the world. He spends his spare time working with agencies fighting against plastic pollution in the Himalayas. He shares his travel stories on www.dailypassengerr.com.