We landed at Bhutan’s Paro International airport on a pleasant spring morning to cool breeze and stunning mountain scenery.

Taking in the fresh air and the views around, the tourists lingered on the tarmac going camera crazy. We had earlier missed the sight of the spectacular Himalayan peaks due to a veil of mist.

The landing of the Druk Airbus-A319 through narrow channels of the towering hills was a sight to behold nonetheless. The superb Dzong like the architecture of its terminal building, the meandering Paro Chhu River, and lush green mountains welcomed us to the land of the thunderbolt.

Yeshey, our guide insisted we had lunch but I was keen to first visit the local weekend haat (open market) at Paro. What struck me there were chilies all around? Heaps of whole red chilies, green chilies, crushed, powdered, blanched, and in bits and pieces; it existed in all available forms. The red-hot chilies were also left to dry in parapets in houses in the Paro street.

Not Native to Bhutan

I was inquisitive for chilies are not even native of Bhutan so our guide shed some interesting light. Considered to be native of South America, chilies came to Bhutan via India only a few centuries ago. In early times they used ‘namda’, a local herb but with the advent of chilies, it spread like wildfire in Bhutanese cuisine.

Its piquancy and heat value was a natural way of keeping warm in cold harsh extended winters and also kept them energized. Being accustomed to chilies as young toddlers they are quite habituated to the ‘hot’ quotient. What might be a spicy pungent hot seasoning for others across the globe has the status of a vegetable in Bhutan.

Their national dish Ema Datshi, available in most Bhutanese eateries, is a dish prepared solely with chilies and cheese as main ingredients.

Beans are another staple of Bhutan and I remember the tinned ‘Druk’ Baked Beans that are much sought after in Eastern India. Among the spinach, asparagus, broccoli, cabbage, cauliflower, peas, and lettuce there was an exotic vegetable.

It was like a short stick with curly fronds. Locally called nakey, these were Fiddlehead ferns, grown abundantly along the banks of rivers and streams during spring. It has to be harvested before the fronds unfurl.

Rich in antioxidants, Vitamin A, and carotene, it is highly-priced in western countries. With its season through March to August, it was sold at Nu 20 ($1=Nu59 approx.) a bundle in May. [Ngultrum is Bhutanese currency]

Apart from seasonal greens, one finds a lot of dried stuff like dried brinjal, fish from India, cow’s skin, and fruit like Persimmon. Persimmon is locally called ‘aanday’ and looks like a tomato but it is firm like an apple.

It is slightly astringent when eaten raw. I bought a packet of dried ‘aanday’ to munch. It tasted like dried apple and is loaded with vitamins and flavonoids.

There was some tubular long object that made me squirm and turn my back. My kids peered over my shoulders curious and excited to catch a glimpse of the object that so offended their mom. The object of derision turned out to be cow’s intestines.

Yuck! It looked hideous. It turned out that cow skin and intestines were very much relished as fried snacks with tea there.

What appeared obscure to us made a delightful vegetable called ‘geap’ that is a fiery mixture of dried red chilies, greens with cow intestines. Cooked in earthen pots on open

fire, it might delight the followers of slow food movement too.
In Bhutanese cuisine, we find the tongue-tingling hot chilies as an integral ingredient.

It is found in curries, stews, and stir-fries. It is used as a seasoning with herbs even when the food is roasted, braised, or baked.

The chilies pickle with perilla seeds (used as a popular spice) will bring tears of joy–a perfect combination of heat and taste.

I could never have enough of Ema Datshi and was always on the search for the authentic one. The restaurants would add tomatoes and onions to bring down the ‘hot’ quotient to cater to tourists’ palates.

My local friend Tashi insisted that the real Ema Datshi gets tastier if one adds fermented cheese even using processed cheese.

It was at the Taktsang Cafeteria that I had authentic Ema Datshi with more chilies, less cheese and no attempt to make it mild in taste.

The chilies were bursting with flavors on my tongue and its pungency well balanced with the cow cheese that added subtlety to the dish.

It was the last leg of our itinerary. We had trekked to the iconic Taktsang Monastery (Tiger’s nest) perched on the face of a sheer cliff at a height of 3120 meters in Paro.

Legend says that Guru Rinpoche, the founder of Tantric Buddhism in Bhutan, had flown here on the back of the tigress centuries ago.

He had meditated in a cave and subdued the local demons. On climbing down the steep hill with feet aching and feeling ravenous, we gorged on the simple yet delicious Bhutanese food.

I was partial towards ema datshi and the famous chili pickle. Tears did come rolling down and I had had enough of chilies in Bhutan.

The three things you would find at any lunch or dinner in Bhutan were chilies, cheese, and red rice.  If you are used to white rice, red rice is an acquired taste.

If you are health conscious you would appreciate its goodness. The rice tasted nutty with a rich earthy flavor. It is packed with high iron and zinc content, carbohydrates, and fiber but has no fat.

No wonder Bhutanese are slim and agile though fed on a staple diet of rice. It is grown organically at high altitudes and valleys irrigated with glacial water.

The main thoroughfare in Bhutan’s capital Thimphu is always bursting with energy. Walking in the chilly evening in Norzinh Lam I came across several restaurants, cafes, and handicraft stores.

‘The Bhutanese’ ring a bell with its name and I entered through a bright red dragon painted doorway. The décor was modern but the buffet spread (Nu 350-400) was Bhutanese. The friendly owner, Rinchen Dolma, introduced me to ema datshi, Chooru Jaju (river weed soup), maaso (red rice), puta (buckwheat noodles), kharang (maize rice),

We were on our way from Thimphu to warmer Punakha valley en route Dochula Pass (height 10000 feet, 3100 meters) where one could gaze at Himalayan ranges up to several miles.

While having lunch at a café where I found cheese in almost every dish. There were Kewa datshi, (potatoes), Shamu datshi (mushrooms), carrot and beans in cheese, and nakey datshi (fiddlehead ferns).

‘Datshi’ means cheese and is traditionally homemade from cow or yak milk. When fermented it tastes sour as I tasted from a roadside vendor on my way to Phuentsholing from Paro. Yeshey told me that Punakha was blessed because it harvests two seasons of rice.

Trekking to a Monastery

As we drove through lush green fields and trekked to a monastery atop a hill and to Chimi Lakhang fertility temple through rice fields, I had to agree.

The comparatively warmer climate of the valley and fertile soil makes agriculture flourish in this winter capital of the central monastic order of Bhutan. Terraced rice fields are everywhere and hardworking farmers at work as one trek through Punakha’s several villages.

The impressive Punakha dzong circled by lavender Jacaranda trees was the only visual break we got from vast stretches of verdant landscape in front of us.

For any traveler interested in food, the Centenary Farmers’ weekend market is the place to be. How exotic could vegetables and mushrooms get? A visit there is a huge learning experience of all things wild.

Nakey is the most abundant exotic vegetable among 84 species of wild vegetables found in Bhutan. There is ‘patsha’ having a greenish-brown stalk with thorny wrap. Sold at Nu80, the outer layer is peeled to reveal the soft white edible part.

A native of Wang valley, it is a little bitter but when combined with cheese, ‘patsha jaju’ is prepared.

Another green stem with leaves with white stripes is ‘tash-gangha’, the leaves and roots are eaten of ‘gaytsho’ while leafy ‘dumroo’ from Punakha alleviates body ache.

The tongue-twister names and their medicinal properties made me dizzy. I went in search of soft datshi (cheese) for some solace.

With 400 stalls, the two-storied building attracts farmers from across the country. It is the largest domestic market for fresh farm produce. On one side of the market are meat products like pork and beef and in winter yak meat is also sold.

Interestingly Yak is one animal in the higher altitudes that not only give meat, milk, butter, cheese but its skin is fried and served with drinks. The dried meat in winter sustains people in altitudes with sub-zero temperatures.

In Paro, I had eaten ear mushrooms with cheese and loved it. I found that the Agriculture Ministry had listed 350 wild mushroom species out of which 100 were edible. Locally called ‘Shamu’, mushrooms have many varieties. In Punakha I saw big and brown mushrooms (Phochu Shamu) harvested from the dense forest. Sisi Shamu is one orange-colored wild fungus that is sought after.

It is the matsutake (pine mushroom) harvested in the autumn that is most cherished. Packed with proteins and Vitamin B, the seasonal delicacy is much sought after by gastronomes around the world.

Bhutan has good crops and legumes, wild vegetables, some fruits, and lots of mushrooms as is blessed with sub-tropical and alpine flora and fertile valleys.

National Folk Heritage Museum in Thimphu: With tourism allowed a few decades ago not much was known about this secluded landlocked country.

In order to provide a taste of authentic Bhutanese cuisine, the folk heritage museum restaurant serves seasonal food and also ‘ara’ to groups with prior reservations.

It also showcases the traditional way of life with artifacts from a real wood and beaten mud house found in rural Bhutan.

Ara is made from fermented rice, wheat or corn. Mixed with yeast and stored for months it is distilled using the traditional method on a wood fire. It has a smoky flavor and tastes really strong with alcohol content– more than whiskey.

Where to eat Bhutanese cuisine in Thimphu:

Best value for money. Its Ema Datshi (Nu 70) is yummy and so are all cheese dishes.
Yangkhil restaurant (Kados)

It is 15 years old popular canteen turned restaurant where office-goers go for seasonal traditional lunch. Their specialty is ‘ezzay’ that is grounded red chilies with some ingredients that go well with all food.

The chef has expertise in making 160 Bhutanese dishes. On an auspicious occasion,s one could have a ceremonial feast of Thuep (porridge), Desi (sweetened rice), sham day (rice with meat),suja (butter tea), and even homemade sugar.

The only available flight is Druk Airlines (official carrier of Royal Govt. of Bhutan). Board it from Kolkata, Delhi, Bangkok, Singapore and some other nearby cities.

All foreign nationals have to book through a reliable tour operator and have to be escorted by guides. They have to pay all-inclusive rate of $250/day/person. 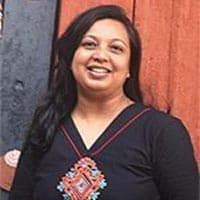 Kavita Kanan Chandra lives in Mumbai, India and is a freelance journalist, travel writer, and amateur photographer. She loves to travel within India as and when time permits as her two young boys keep her on toes.