The Diamond in the Solent: the Gem that is the Isle of Wight

Ask anyone who grew up in the south of England if they ever went to the Isle of Wight on a school trip and the answer is bound to be yes.

It was the ideal destination; close enough for teachers to manage hordes of seven-year-olds yet far enough to create a buzz about the adventure.

Much of this, of course, is thanks to the need to cross the water. If you must board a ferry, you must be going really far, right?

Wrong, if you’re actually an adult.

The Isle of Wight is less than five miles from southern mainland England. Its sandy beaches and chalk cliffs can be seen from parts of Hampshire and Dorset and the famous Needles rocks mark its most westerly tip.

Speaking of the Needles, it’s here that you can choose an ornament and fill it with different colored sands from Alum Bay, which is the nearest beach to the famous landmark.

If you went to the Needles as a kid and didn’t come back with a stripy, sand-filled teddy bear, guitar or Isle of Wight shaped souvenir then something must have gone seriously wrong.

And the tradition lives on. Thousands of visitors descend upon the Needles Landmark Attraction year on year to create their masterpiece, ogle the jagged rocks and perch themselves on the rather rickety and exposed chairlift down to Alum Bay.

For some reason, you don’t seem to mind that the seat you’re in probably hasn’t changed since you were seven. It’s all part of the magic and you wouldn’t want your step back in time to be any other way.

I’m not the first and I won’t be the last to liken the Isle of Wight to a step back in time. It’s got everything you’d need for modern-day living but it’s all balanced with a gentle nod to times gone by.

There’s no Uber, or Nando’s. Gosh – some places don’t even accept card payments. But I guess that’s what makes the island so relaxing, so quaint and so, well, different.

Getting to the Isle of Wight

You can take your car on one of the vehicle ferries from Lymington, Southampton or Portsmouth, but once you’re on the island you might wonder why you bothered.

You’ll have missed the opportunity to travel on the only commercial hovercraft in the world, or on a 1940s London Underground train, or, better still, a fully functioning vintage steam train complete with retro advertisements and historic railway notices.

Transport connections are excellent; buses are frequent and reliable, and ditching the car will focus your attention on the incredible scenery, whether you’re on the coast or further inland.

Perhaps we should thank Queen Victoria for putting the Isle of Wight on the list of holiday destinations.

Her influence on the island is everywhere, but no more so than at her very own holiday home, Osborne House, in East Cowes.

The house is open to the public and will likely lead you on a long road of discovery as you realize just how much she loved visiting the Isle.

There’s Northwood House in Cowes, where many royal events were held, the Tennyson Downs near Freshwater, a beautiful expanse of land named after Poet Laureate and good friend Alfred Lord Tennyson, and St Mildred’s Church in East Cowes where Victoria and Albert’s daughter, Princess Beatrice, got married and was buried.

The Isle of Wight was the royal getaway, and holidaymakers have been following in their footsteps ever since.

Things to do on the Isle

Nobody could argue that the Isle of Wight doesn’t have its fair share of weird and wonderful events and attractions. More than its fair share in fact.

Imagine a giant, inflatable water slide being put up on one of your town’s main roads.

The whole town stops for the day; plays about on this huge slide and raises money for local charities. What’s not to like? Look up the Ryde Slide.

Then there are places like the National Poo Museum, or the Toy and Doll Museum. Alpaca-walks and ghost tours are readily available. As are fossil-hunting tours.

Paleontologists are still discovering dinosaur remains on the island’s south coast to this day due to the eroding cliff edges.

As well as the Needles, children who have been to the Isle of Wight will probably have been to Blackgang Chine. It’s the UK’s oldest amusement park and it’s still going strong – it seems as though the giant pirate has stood at its entrance since time began.

The park is full of rides, dinosaurs, pirates, cowboys and fairies and is a great day out for little ones. There are plenty of animal attractions on the island as well. Monkey Haven is full of rescued primates from around the world; Amazon World can teach you all about the rainforest and the Isle of Wight Zoo is known for its large cats.

Carnivals take place throughout the summer where local community groups decorate vehicles and make their way through the procession, and there are plenty of festivals from the famous Isle of Wight music festival to some more unusual ones such as the garlic festival, literary festival or even the harp festival.

Where to stay on Wight

The east coast of the island is most definitely geared towards family holidays. Ryde, Sandown and Shanklin are the traditional seaside towns where you’ll find amusement arcades, souvenir shops, and sandy beaches.

The west side of the island is more rural and perhaps more suitable for couples, ramblers, and cyclists. Newport is the island’s main town and has many High Street shops and supermarkets.

Across the island, there are hundreds of places to stay, from family-run B&Bs to large chain hotels.

It may be a step back in time on the Isle of Wight, but it’s definitely worth visiting if you’re in south England. It’s only a couple of hours from London yet that ferry journey – well, whether you’re seven or 77, it’s where your holiday begins.

Practical information: Traveling to the Isle of Wight 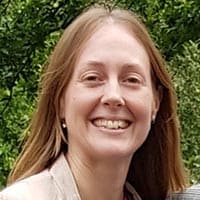 Nicola Rogers is a freelance writer who lives on the Isle of Wight. She enjoys learning new skills and exploring the great outdoors by walking and running.