Rabat is where medieval castles meet tramways and modern art.

Morocco’s capital city is rapidly changing, and in every quarter there is something new happening ⁠— whether it’s the restoration and smoothing of the old city’s walls, the construction of a massive national theater overlooking the river, or chic new cafes and restaurants popping up in the suburbs.

Yet the fast pace of change has not disturbed the seaside city’s relaxed charm, as the throngs of tourists (and trinket-sellers) in other Moroccan cities like Marrakesh are mostly absent. Rabat is designed for locals, not tourists ⁠— although it has much to offer to both.

The Blue Castle On the Water

Rabat’s most essential attraction is the Kasbah des Oudaias ⁠— a 12th-century Almohad castle perched on a rocky outcropping overlooking the Atlantic. Despite its age, the Kasbah is no mere a ruin or monument.

It is instead, the winding white-and-blue streets within the fortress that are still home to hundreds of Moroccans, and the fragrant Andalusian Gardens are favorite gathering spots for young couples and the most auspicious of cats alike.

Free of charge for all to visit while the sun is out, the Kasbah retains a genuine serenity. Through a key-shaped doorway from the gardens, visitors will find a charming café where the ocean breeze complements sweet tea with fresh mint and almond-flavored briouats, offered at a reasonable price (10 dirhams/$1) to all visitors.

Where the River meets the Sea

Below the Kasbah, the crashing waves of the Atlantic gradually develop into the calm Bou Regreg river, which separates Rabat from its sister city, Salé. The Rabat side’s character varies based on the time of day.

Everything You Need to Know Before Visiting Rabat From Morocmama

In the morning, fishermen can be seen hauling their catches onto land from blue wooden canoes. Locals or travelers can pay a princely sum of 2 dirhams (20 cents) per person for a 60-second boat ride across from Rabat to Salé, or vice versa.

In the late afternoon, the chic Apricot or Blueberry cafés are perfect spots to indulge in pistachio milkshakes and banana-Nutella crêpes while admiring the Kasbah from afar. At night, the action moves on the water ⁠— the iconic Arab boat known as Le Dhow transforms into a lively bar and restaurant, open until the early hours of the morning.

The open-air deck is complemented by the ship’s raucous underbelly, where the resident D.J. Ot-Man’s modern and classic hip-hop mixes entice Moroccan men and women to let loose on the crowded dance floor. At any time of day, the riverbank is an enticing escape.

Strolling through the Medina

The alleyways of the old city, or Medina, divide the riverfront from the city proper. Built in the seventeenth century, the twisting, narrow streets of this traditional quarter are convoluted by American or European standards, but much neater than the massive mazes of Fes or Marrakech.

Visitors will also find that the harassment and hawking of goods omnipresent in those heavily touristed cities are not a problem in Rabat.

Most of the medina merchants target their wares to the community instead of tourists, resulting in a better relationship between visitors and residents. After walking through the busy market street of Rue Souika or Rue Mohammad V, it’s a good idea to get a little lost in search of colorful murals, Arabic bookstores, or snails in spicy soup served with a toothpick.

Meters away from the stone walls of the medina, Rabat’s new tram line carries government officials and businesspeople from the suburbs into the city’s Centreville, known as Hassan. Wide boulevards and sidewalks lined with clothing boutiques and juice blend shops display French influence on Moroccan sensibilities — similar to the area’s architecture, a mélange of colonial and local styles.

But the city’s growing arts scene is the most exciting reason to visit this part of town. La Renaissance is both Rabat’s premier movie theater and a live performance venue, with a spacious café on the second floor.

Multiple evenings every week, salsa dancers, slam poets or musicians take over the café, performing everything from traditional rhythmic Moroccan Gnawa to electronic dance mixes for the public.

Further up the main boulevard lies the Musée Mohammed VI d’Art Moderne et Contemporain. While its size and collection are no match for the greatest museums in Europe or the United States, the building’s multiple galleries and wide array of traditional and experimental styles provide a striking guide to the art of modern Morocco.

Particularly impressive are several colorful paintings of Moroccan landscapes and cavalry charging that dwarf the viewer, dominating the space.

After fine art and music, couscous or tagine on the rooftop of Dar Naji is the proper way to refill in Rabat. Three tips for the best experience: Make a reservation, find a seat on the traditional Moroccan couches instead of the chairs, and try eating by tearing off pieces of bread à la marocain instead of with a fork.

Rabat always has another layer to uncover. Hassan’s oldest landmark is the Tour Hassan, a rectangular mosque minaret dating back to 1195. 12th-century Moroccan leader Yacoub El Mansour tower built the exact same tower in Seville, Spain when the Almohad dynasty ruled Iberia and the Maghreb. Although the tower is worth a quick photo, the mausoleum right next to it is more impressive.

If the royal guards are in a good mood, they’ll let you peer down at the carved marble and gold tomb of the late ruler Mohammad V (the founding figure of the independent Moroccan state) and his two sons, King Hassan II and Prince Abdallah.

While the Tour Hassan is worth a quick stop, the Chellah necropolis is a better place to stroll. Unlike the Kasbah and Medina, there are no people still living in Chellah — only storks and cats.

The Phoenicians, Romans, Arabs and local Berbers each laid claim to the location for hundreds of years, layering mosques on top of crumbling columns. Modern Moroccans have made their own contribution in the form of gardens and streams near the ruins, and the site feels more alive and relaxing than its name would suggest.

Graveyards and Madrasas Across the River

Salé is Rabat’s less flashy, more traditional sister city, and it conceals a few hidden wonders worth the quick tram or canoe ride. Its medina is larger and less crowded, with a few architectural gems that set it apart from Rabat.

The Grande Mosqée’s massive door is impressive from the outside, though non-Muslims may not enter. However, anyone can visit the 14th-century Qur’anic school, called a Madrasa, next door. The elaborate mosaic tilework of the interior is spectacular, and the second floor has medieval stone dorm rooms where children studied Islam hundreds of years ago.

Although it might sound macabre, the massive graveyard in Salé is an otherworldly place for a contemplative traveler. Seemingly endless and packed with centuries-old graves, the yard is tended by a lone man who will escort you at your own pace through the weeds and final resting places of Moroccan ancestors. Discretion and courtesy here, as when visiting any new place, is essential.

Finally, there are plenty of Moroccan mansions converted into guesthouses, known as Riads, where you can relax and eat away from the bustle of Rabat.

My favorite is The Repose, which has a cozy rooftop terrace, refreshing cold sweet mocktails, Moroccan cuisine and a friendly tortoise. Salé might be less stylish than Rabat, but it has unique rewards tucked away behind its walls.

Morocco’s capital has a deep tradition of building and growing, without forgetting the past. One Muslim dynasty after another built a new walled castle right next to the old quarter.

Today, Rabat continues to evolve; art exhibitions and chic bars on boats are popping up just outside well-preserved ancient alleyways. Now is the right time to experience both sides of the city ⁠— while Rabat’s relaxed, local atmosphere still persists. 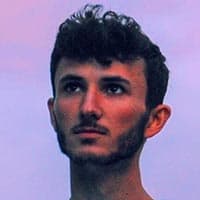 Mac Dressman is a journalist, traveler and International Culture & Politics student at Georgetown University. He studied journalism for four months in Morocco and is currently based in Washington, D.C.