New York City is upping the game in its transportation infrastructure, making More Room for Passengers

Today, the 650,000 daily commuters who enter and exit the massive facility–more than JFK, LaGuardia and Newark airports combined–have to endure trudging through dimly lit train areas and suffer from a lack of incoming tracks and room for waiting passengers.

The corridors, lighting and passenger seating at the old Penn are seriously in need of updates, and a new plan will add a whole new second train station for all of those people.

This comprehensive solution has been underway for decades and in 2020, the new Moynihan Train Hall will fully open, giving New Yorkers and visitors to the Big Apple a whole new travel experience.

Passengers will be able to exit at the current Penn Station, or further south at the elegant new station with 100′ ceilings, flooded with light.

The hall is named for a legendary senator and statesman from New York, Daniel Patrick Moynihan, who represented the city for decades and advocated for transit during the tough times for NYC finances. He served as one of New York’s senators from 1976 until 2001.

A press release from Empire Development outlines the plans, which were unveiled in Gov. Andrew Cuomo’s 2020 State of the State address.

“Under the Empire Station Complex Plan, the properties on the block south of Penn Station will be acquired, enabling Penn Station’s underground infrastructure to grow southward.

This represents the first expansion of Penn Station’s foundational infrastructure since the station was completed in 1910, and will allow for the creation of at least eight new tracks, boosting track and train capacity by approximately 40 percent. 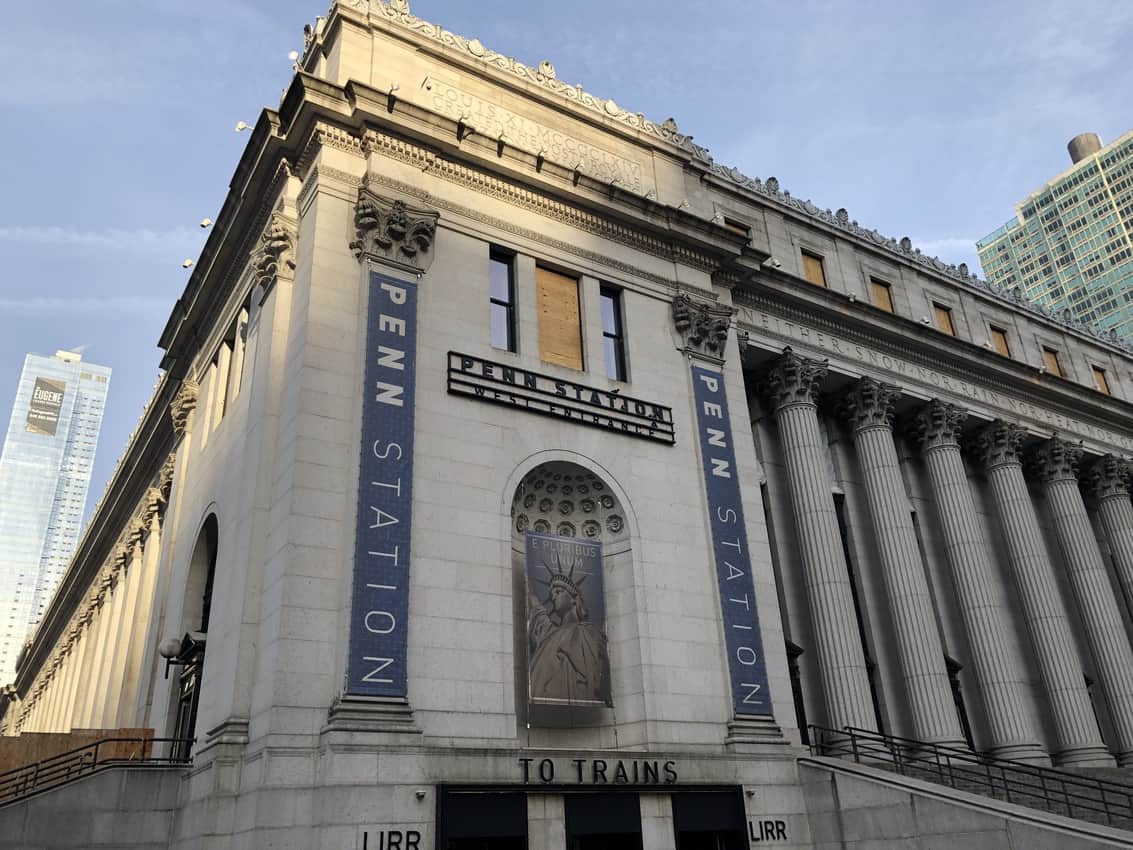 Not only will this huge new train hall provide such a huge boost to capacity, but it will also include acquiring land currently used by the MSG Theater to create a grand new eight-block entrance to Penn Station on 8th Avenue, with eight new tracks to bring trains in and out of the city. 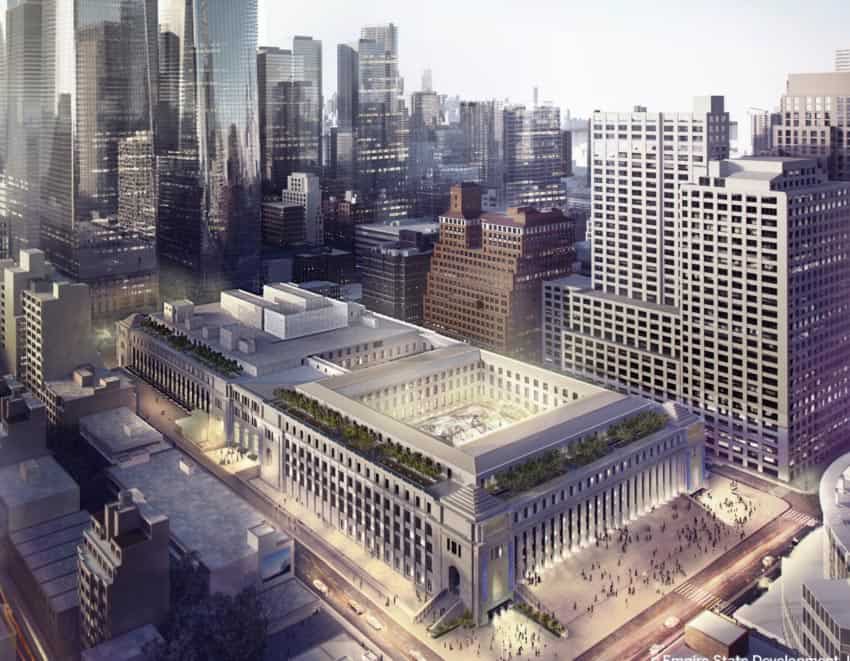 On a recent trip to New York City, I rode down to the city on Amtrak’s newest line extension, the Valley Flyer, operated by Amtrak.

These trains bring twice-daily commuter service to the small city of Greenfield and offer dozens of trains a day between Springfield Mass and New Haven Connecticut.

The Valley Flyer doesn’t exactly fly–in some of the track portions the speeds are as low as 10 miles an hour, but it finally begins to gain speed after it passes Windsor, CT.  One of the frustrating aspects of the new service is that it doesn’t take riders to Bradley Airport, in Windsor Locks. 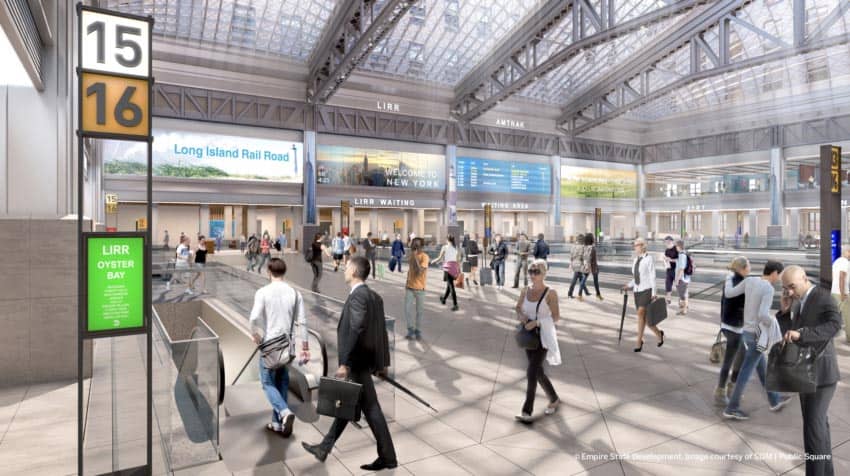 At the end of 2020, these Amtrak trains beginning in northern Vermont will travel through the underground tunnels and will allow passengers to depart at the current Penn Station or up into this grand and brand new station.

“At the same time, regionally significant projects like East Side Access, the LIRR Third Track and the Metro-North Penn Access Project will increase LIRR and Metro-North capacity, drawing more commuters into Penn Station.

Taken together, these initiatives present both a critical need and a major opportunity to re-envision Penn Station on a grand scale.”

I can’t wait see it all finished!