The Fascinating Morgan Library: A NYC Museum Worth Seeing

Images of Socrates and Galileo, and Michelangelo and Christopher Columbus peer out from the frescoed ceiling over the palace-sized room, its walls lined with bookshelves three stories high.

Above the fireplace hangs the Triumph of Avarice, a 500-year old tapestry depicting the consequences of greed, once owned by King Henry VIII.

And protected by a glass display case, one of the original Gutenberg Bibles sits open for me to study one of the first pages printed in Europe with movable metal type.

The Morgan: ‘A Best-Kept Secret’

Although located in heart of New York City, “the Morgan” as it’s often called is not at the top of the sightseeing lists of most visitors, or on the lists at all. As for museums, I would call it one of the city’s best-kept secrets.

“You have this incredibly dramatic space where you walk in and it has echoes of the great European libraries with just endless rows of books, with a jewel-tone ceiling and the soft glow of the natural light from the one window,” says Jennifer Tonkovich, the museum’s Eugene and Clare Thaw Curator for Drawings and Prints.

“It really has the feeling of someone who’s passionate about books.”

And there are plenty of them – 11,000 or so on the East Room’s shelves at one time, and maybe ten times that many locked in the Morgan’s overflow vaults amounting to a collection of over 100,000 rare books and a total of about three million objects.

“You always see visitors walking up and looking at everything on the shelves,” says Tonkovich, noting shelf security panels are locked but books and manuscripts can be requested with appointments through the museum’s research reading room.

The Morgan’s website notes scholars researching Charles Dickens, for example, can access his hand-written letters, early printed novels, and such items as his inkpot and cigar case.

The East Room rotates items from its collection for display, from Mozart’s scores to well-preserved medieval and Renaissance images from bibles and books. Noted American history holdings include letters from George Washington and Abraham Lincoln, journals from Henry David Thoreau and Nathaniel Hawthorne, and manuscripts by Edgar Allan Poe and Ralph Waldo Emerson, to name just a few.

Always on display is an original Gutenberg Bible from 1455, as the Morgan is the only institution in the world to own three. “Morgan was interested in the technological innovation of Gutenberg, and our collection is really strong in early examples of printing and some of the great printers from the 15th century,” notes Tonkovich.

The luxurious West Room, or Morgan’s study, is where the financier spent most of the last five or six years of his life when he wasn’t traveling.

Its deep red color scheme is accented by the silk-covered subtly-patterned walls, upholstered sofa and armchairs, and Persian-like carpet all under a dark brown carved wooden ceiling with crossbeams.

Renaissance paintings dot the walls, including the likes of a 15th century rounded framed Madonna by contemporaries of Sandro Botticelli, and Hans Memling’s dual panels of praying patron saints and a portrait of an Italian merchant in Bruges. However, it’s the canvas of Morgan at 52 above the massive stone fireplace that caught my eye when entering the room, its darkened backdrop reminding me of Rembrandt’s portraiture.

“His study was a haven,” explains Tonkovich. “He would walk in there and be surrounded by these beautiful objects that made history tangible. It must have been hugely satisfying to have the kind of peace in this environment he created to have everything to his taste.”

Also along the walls, are walnut bookcases filled with Morgan’s collection of early English printed books. Another gem is a 1530 gilded copper Verrazano Globe, depicting the world according to the journeys by the Italian explorer just six years earlier.

The museum’s Rotunda has the feeling of being just that – an atrium of sorts with curved walls and mosaic panels, and Corinthian capitals topping marble columns and pillars. Half moon-shaped murals or lunettes stand atop each of the Rotunda’s three entrances depicting characters from Homer’s Iliad and Dante’s Divine Comedy, among other works represented.

On display in the Rotunda sits an extraordinary artifact of American history. I found myself – so to speak – face to face with George Washington, looking upon his 1785 life mask revealing his rounded cheeks and gentle gaze.

The French sculptor Jean-Antoine Houdon cast the mask of then General Washington at Mount Vernon.

“Imagine having this Frenchman grease up your face, puts straws up your nostrils for you to breath, and then lay wet strips of linen soaked in plaster across your face,” says Tonkovich.  “You really are that close to seeing the scale and dimensionality of his face.”

Houdon later used the life mask to sculpt the statue of the first president placed in the Virginia Capitol in 1796. It remains there to this day and is considered one of the most accurate depictions of the founding father.

The museum’s smaller North Room displays works from Egyptian, Greek and Roman antiquity, some dating back to several millennia.

It previously served as the office of Belle da Costa Greene, hired by Pierpont Morgan to manage the collection a year before the Library officially opened in 1906. Greene later became the museum’s first director during her 43-year tenure.

“She’s sort of inseparable from how our institution was shaped and her openness to scholarship and curiosity and her passion for exhibitions.

All of that is reflected in the shape the institution now takes,” says Tonkovich. “She’s so groundbreaking as a librarian and as an African American woman who was really operating at the absolute pinnacle of her field.”

The Morgan is working on a 2024 exhibition to highlight her career. A small terra-cotta bust depicting Greene is on display in the East Room.

Unlike many other museums, the Morgan has multiple exhibitions that change every three and a half months, according to Tonkovich.

She categorizes it as midsized, allowing visitors more time to engage in each exhibit and read all labels. “New York is such a cultural Mecca and there are so many options for great music, literature and great art. We’ve built a great community that we’re always eager to expand. I love when people discover us.”

And she pays tribute to Pierpont Morgan’s inspiration as a collector. “He truly had a passion for the history of the printed book,” she says. “In lots of ways, it’s like having your own bit of history you can hold in your hands.”

Closed Mondays, Thanksgiving Day, Christmas Day, and New Year’s Day.$22 Adults
$14 Seniors (65 and over)
$13 Students (with current ID)
Free to children 12 and under (must be accompanied by an adult)

Discounted admission of $13 is available for disabled visitors, admission is free for accompanying caregivers. Admission to the historic rooms of J. Pierpont Morgan’s Library is free Tuesday and Sunday from 3 to 5 pm. Reservations for these free hours are not required.  Their Free Friday programs take place 5 to 7 pm every Friday, reservations required. 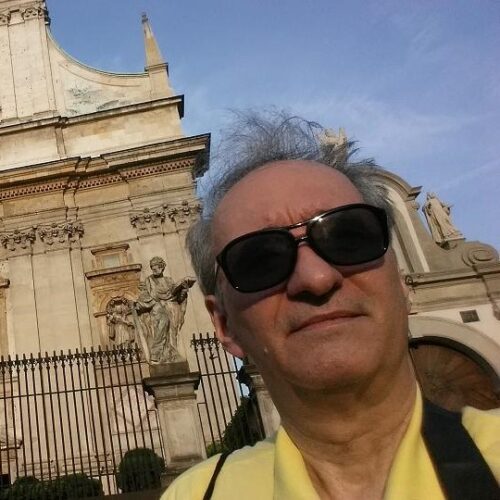 A former television and newspaper reporter, Richard Varr now follows his passion and writes about destinations around the world – whether off the beaten path or on it. Richard has written for cruise magazines for more than 20 years as a frequent contributor to Porthole Cruise and Travel Magazine and the onboard magazines for major cruise lines. He’s been published in TravelWeekly.com, London Telegraph and USA Today online, Dallas Morning News as well as in Good Sam Club RV and AAA magazines. He’s also the author of the Dorling Kindersley Eyewitness Travel Guide to Philadelphia and the Pennsylvania Dutch Country.