Nimes: Where Past and Present merge in Harmony

Renowned for its antiquity, the city of Nîmes, capital of the Department of Gard in southern France, has been capitalizing on its former glory.

Its newest sparkling addition is the €62 million Musée de la Romanité, or Museum of Roman Civilisation. Commentators see its attraction being on a par with the opening of the Caves of Lascaux Centre in the Dordogne or La Cité du Vin in Bordeaux.

Named for a Spring

Nîmes owes its name to a strong spring rising out of the foot of the surrounding countryside on the northern side. The spring was sacred and the Romans called its god Nemausus. Its walls were built by Augustus Caesar and although the city has had a troubled history, the peaceful 21st-century place committed to modern life has not forgotten its past.

The new eye-catching museum is next door to the 2,000-year-old arena regarded as the world’s best-preserved amphitheater, modeled on the Colosseum in Rome.

It seats 24,000 and houses concerts and the last vestiges of the ‘corrida’ bullfight, still held twice a year and which divides the city into those passionate about it and those resolutely against it. Some feel it is the last echo of a pagan ritual.

The oval-shaped building also hosts the annual Roman Games when it comes alive with chariot races and battles. Small carvings of Romulus and Remus alongside wrestling gladiators can be seen on the exterior, as well as intricate bulls’ heads etched into the stone over the entrance.

Since 2009, the arena has been undergoing repairs which will continue to 2034 as part of a 25-year renovation. The old and the new buildings complement each other and are said to be in an ‘architectural dialogue’ but the dazzling museum steals the show.

It incorporates concrete, aluminum, wood, and glass into its rectangular buildings. In her desire to create democratic space, the architect Elizabeth de Portzamparc chose sober and refined architecture based on the economy of forms.

Flooded with light, the museum is brought to life through hi-tech computer gadgetry. On a tour, you will enjoy 3D recreations, virtual reality, son et lumière evocations, immersive projections, interactive displays, and holograms. The museum facts speak for themselves: 5,000 pieces of artwork, 65 multimedia devices and no fewer than 25 centuries of history. Some of the exhibits came from the city’s now-closed archaeology museum. Headless eagles, marble busts, limestone nymphs, and a sixth-century sarcophagus are among pieces on display that grab attention.

You would need to set aside the best part of a day to do justice to this museum and to navigate your way around the touchscreens and innovative scenography. And that’s before you even think of tackling the specially designed archaeological garden laid out on three levels covering three periods of history where everyone is welcome to wander freely.

The best way of appreciating it all is to slow down, take the stainless steel helicoidal stairway and absorb the mix of real and virtual. There is coverage of food, games, and money, and should you feel the urge, you may indulge in some fun-filled time travel by dressing up in a virtual toga in a section called ‘Try Roman Fashion’.

This is made up of pictograms where arms are raised above your head to create a pictorial resemblance of, amongst others, merchants, artisans and a toga-clad legionnaire in gladiatorial combat. Children love this activity which can produce humorous new hairstyles and ‘Roman centurion’ costumes, leading to general agreement that everyone looks better in a toga.

If fatigue threatens to overwhelm you, a rooftop terrace is a relaxing place for a drink with a bird’s-eye view of Nîmes before you plunge into the narrow cobblestoned streets where buildings date from the Middle Ages, a place where the heart of the old city throbs. Chain stores rub shoulders with boutiques and fabric shops selling cotton and lavender. Historic townhouses sit beside the main bookshop and papeterie whose pedigree stretches back to 1791.

History is around every corner and ancient treasures are hidden to shoppers along narrow streets filled with tall houses behind heavy wooden doors.  But the and perfectly proportioned Maison Carrée is an open temple, and a former forum rich in décor standing somewhat forlorn in the middle of a busy square.

An oblong shape the color of ivory, the well-preserved building is modeled on the Temple of the Apollo in Rome and is one of the noblest surviving structures of ancient Roman civilization. Thirty marble pillars surround it, of which twenty are in the wall with ten forming the portico shading its door.

Visitors can admire a bronze head of Apollo, and among the statues, the Venus of Nimes, a goddess. Permanently displayed inside are photographs and drawings with an ancient restored Roman fresco of Cassandra being dragged by her hair by a hunter.

It was opened as part of a project to rejuvenate the square.  Other enigmatic monuments include the shattered Roman ruin known as the Temple of Diana, dating from the 2nd century BC, while the Magne Tower, the remains of a watchtower that the emperor Augustus had built on Gallic foundations, guards the town against a hilltop on the walls.

The Fontaine Gardens is an elaborate formal garden and a shady haven of mature trees landscaped in the 18th century on the site of the Roman baths.

When you are ready for a break, the Vintage Café, a popular old town wine bar, is the perfect place to relax with a glass of the local Cévennes rosé or a café gourmand, an espresso served with dessert.

A Roman coin minted in Nîmes commemorates the defeat of Antony and Cleopatra at the Battle of Actium in 31 BC. It was a victory that saw Octavian take control of the Roman Empire and assume the name of Caesar Augustus. The coin used a crocodile tied to a palm to represent Egypt and the animal remains the coat of arms and symbol of the city.

On a short side trip from Nîmes, it is worth visiting Pont du Gard, the imposing three-tiered Roman aqueduct and the highest bridge the Romans ever built straddling the Gardon River. The centerpiece of the aqueduct system, it was erected 2,000 years ago as part of the 30-mile canal supplying water to Roman Nîmes.

In the golden color of its old stone, which changes from amber to orange and ochre depending on the light, it remains a marvel of engineering. The nearby Espaces Culturels details the history of the bridge and includes an interactive area for children.

With its Roman treasures and antiquities, Nîmes is a sublime place for a weekend break with plenty of diversions although it is not renowned for its nightlife. Spend a few days soaking up the clear light and you will enjoy its easy-going pace and the somewhat rumpled feel of the old town, Vieille Ville.

The Roman museum has brought about a new impetus for locals and visitors to cherish its history in a place with extraordinary classical prosperity.

This story was sponsored by France Tourism but the opinions are the author’s own. Read more about the Top Cities of France below. 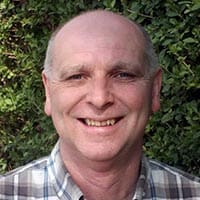 Paul Clements, who lives in Belfast, Northern Ireland, is a freelance travel writer and journalist who works for Fodor’s Essential Ireland and has written five travel books about Ireland. His passions are exploring Ireland and France, delving into the heritage, cultural and literary history of both countries. In 2018 he received the Atout France travel award for the Best Culture Feature about the Lascaux Caves in the Dordogne.