Saipan: Mix of war and cultures

Saipan was made famous for a major World War II battle fought there.

This tiny island in the Western Pacific was the site of a major battle during an eventful summer 76 years ago. It’s location made it such prime real estate, both nations threw in thousands of troops. My uncle was one of them.

To the Japanese, Saipan formed a key outpost in the defense of its expanding empire.

To the Americans, it would be the closest they had come to mainland Japan.

From here, the new B-29 Superfortress could make bombing runs over the opponent’s native cities and other targets.

On June 15, 1944, the U.S. countered the 30,000 enemy troops on this tract of the Northern Marianas with a massive amphibious assault as three divisions – two Marine and one Army – hit southern beaches.

The Americans worked their way across and up the island. Following a brutal last stand in the north that included a banzai charge with hand-to-hand fighting, the island was, by July 9, in U.S. hands.

My uncle Bruce Harris was a tank commander in the struggle and so claimed a major place in family memory. The distinction led me here on my first trip dedicated to exploring that history. And there’s plenty of it to see. 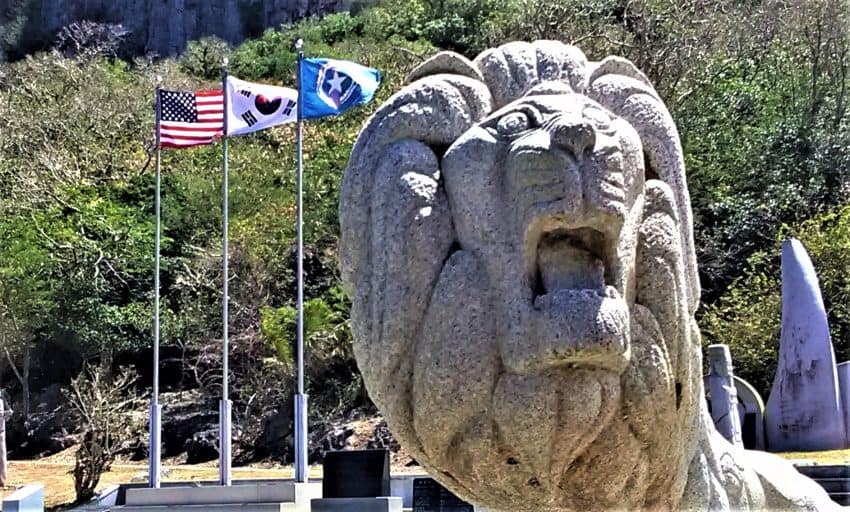 Saipan is blessed with tropical balm and alluring beaches and although it lies closer to the East, a Western-style – American – influence adds to a cultural mix. That’s reflected in the cuisine and faces of residents and visitors.

Your experience can include a sea as turquoise bright as the Caribbean, fishing and diving, and ocean culture and craft. But I came to first track the path of my uncle the soldier.

He played basketball at tiny Argenta-Oreana High School in Central Illinois and helped with the family farm. Following graduation, he enlisted in the Marines, eventually joining the Second Tank Battalion. Training, which was intense, came in the Hawaiian Islands. 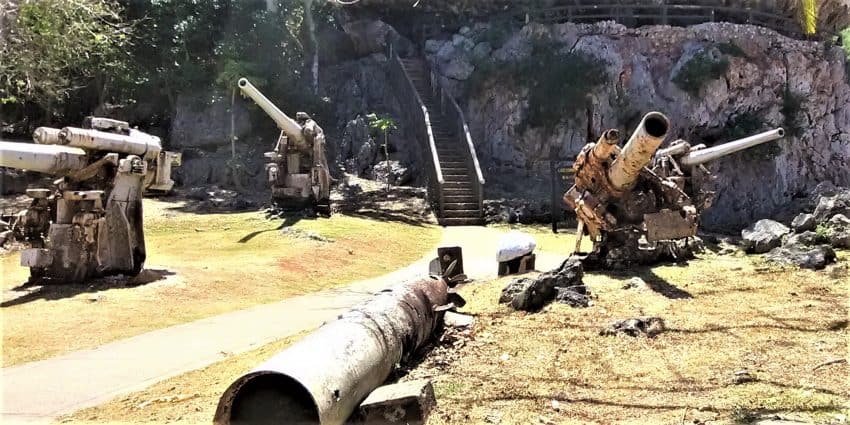 He and the others in his tank crew of five fought their way north in their diesel-powered Sherman, a rarity. Gasoline ran most American tanks but by war’s end, some Shermans had been converted to diesel fuel.

My uncle didn’t talk much about the battle accept only indirectly when diesel trucks passed by. The smell, he said, made him sick.

His battalion played a major role in the struggle. In some locations, the Japanese poured down fire from their shelter in caves, natural and man-made.

To help reach them, flame-throwing tanks were called in. With Saipan secure, the U.S. took aim on the neighboring island of Tinian, another small island with a big prize. It, too, became a B-29 base. You can get there on flights from Saipan.

On my visit, I paused for a view that went down the central valley. For a while, I followed his path, one swathed in lush green under sultry early twenty-first-century sky.

It was mostly sunny when Harris and his crew slogged through this area of prominent landmarks given names by the troops that evoked the intense action – Hell’s Pocket, Death Valley, Purple Heart Ridge.

Relics, momentous, and memories of the fighting abound. The turrets of two tanks that sunk during the first assault can be seen peeking above the surface. You can swim to them for a close-up view.

Also scattered around the island are Japanese artillery emplacements, bunkers, and other historical sites. Three museums on the island provide a broad history of the people and battle.

Two distinct coastal features emphasize the bitterness of the struggle. At one – Suicide Cliff – residents, including mothers with their children, and soldiers jumped to their death to avoid capture. According to one account, not only the soldiers but the residents followed the Japanese code to not surrender.

And soldiers made sure some residents were not captured by shooting them. But, also, rumors had circulated that Americans would treat prisoners cruelly.

At the other formation – Banzai Cliff – the Japanese used only bayonets in a suicide charge at U.S. lines.

Apart from the war, there are the island activities and destinations and many festivals to enjoy year’ round, such as the Marianas Winds Kite Festival and Cultural Food Fair in Garapan. 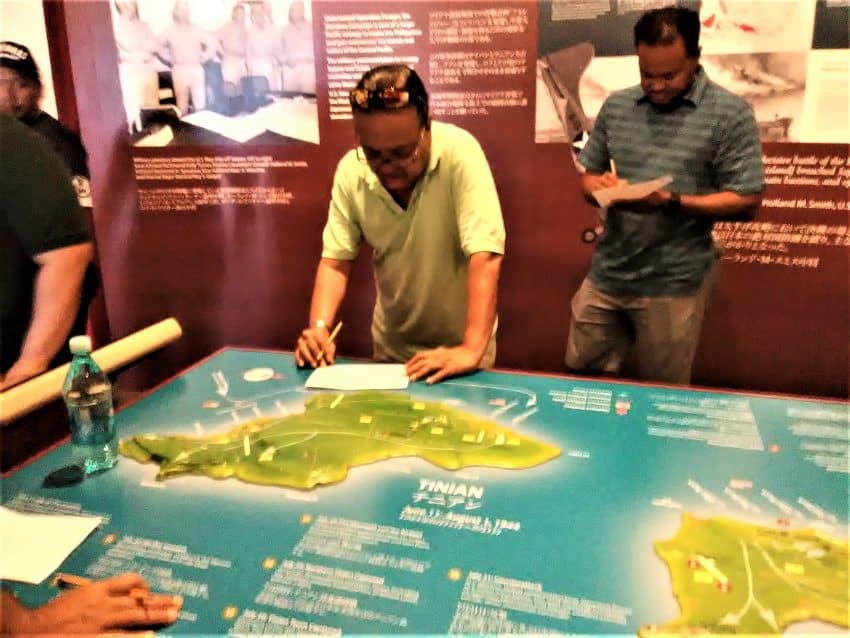 As you walk the area, you can try Boba milk tea – a drink from Taiwan with a tapioca base – Chamorro dishes, with such items as tuna and breadfruit, and Saipan garlic chicken.

There are many highly-rated hotels and eating places. According to travel sites in late spring, rooms ranged from $362 a night to $44 for a twin room.

Find out more about visiting Saipan at their tourism website 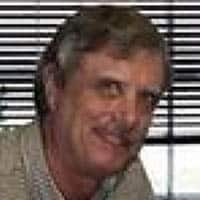 Chuck Wanager’s background includes more than 40 years as a newspaper reporter-editor and performing similar duties in public relations. During that time, he won awards for feature writing and for news stories written under deadline.  He lives and writes in Carrollton, Ga., which has been his home for many years and is a member of the Carrollton Creative Writers Guild.