Verona Italy, By Myself

My four-day trip to Verona in October was a solo, woman’s adventure. Verona is easy to navigate and regardless of time of day I never felt the slightest bit uncomfortable.

A table for one is a snap and people–waiters, shopkeepers and hotel staff– are entirely unfazed by a woman alone. If your Italian is limited to ‘arrividerci‘, fear not– almost everyone speaks excellent English.

Although Shakespeare set Romeo and Juliet, (as well as The Two Gentlemen of Verona and The Taming of the Shrew), in the small, delightful city of Verona, there is no   hard evidence that the Bard ever set foot there –or anywhere else in Italy.

Regardless, visitors to Verona flock to sites including Juliet’s house,     six euros, to touch the breast of the statue in front for luck in love and see the “balcony”;   the outside of Romeo’s house at Via Arche Scaligere, 2 and “Juliet’s tomb”, set in a small crypt in the former convent of San Francesco del Corso.

Go if you must but know that these spots are thronged with tourists and thought to be of dubious provenance.

For a solid helping of real history and beauty, visit the Teatro Romano, (Roman Theater) Via del Pontiere, 3, € 4.50, built against a hillside towards the end of the 1 st century BC.

Although time and weather have taken a toll, tiers of the ancient theater’s seats, arches and remains of the stage are in place. The area is under renovation but that doesn’t detract in the least.

To reach the Museo Archeologico (Archeological Museum), climb the steep flight of stone steps in the theater’s center. The museum, housed in the   former convent of St. Gerolamo, attests to Verona’s Roman history with displays of Roman funerary bronzes, well-preserved mosaics, altars and pieces of sculpture found in the immediate area.

Good descriptions of the objects in several languages including English are in each room. (The entrance fee covers both theater and museum.)

Castellvecchio, (“old castle”), Corso Castelvecchio, 2, €6, also the real thing, was built along the banks of Verona’s   Adige River by Cangrande II della Scala in 1354. I skipped the audio guide in favor of helpful info cards in each room, browsing through sculpture, paintings by Bellini, Pisanello, Mategna and other greats.

There are also frescos,   a small exhibit of armor and the castle itself with a bridge, crenellated walls and other outside spaces, renovated starting in the late 1950s.

It’s Italy so, of course, there are numerous churches; my candidate for a must- see is St. Anastasia, Piazza S. Anastasia, €2.50. A Gothic building constructed from 1290 to 1481, it’s the biggest church in Verona with a very high ceiling and a font at the entrance supported by a hunch-backed figure people rub for luck.

The interior is filled with works of art, the most famous being a fresco of St. George and the Princess by Pisanello. The Giusti Chapel, off to the left, holds carved choir stalls with wooden inlays of towns throughout northern Italy.

Traveler’s Tip: If you’re going to visit three or more of Verona’s major sites, buy the Verona card, available for €18 for 24 hours or €22 for 48 consecutive hours and sold at the Tourist Office in Piazza Bra, museums, churches, tobacco shops and other places.

The card also provides free rides on the city bus system but Verona is so small I never bothered to take it.

I stayed at the Hotel Accademia,  which I booked online. Well-located, midway between Piazza Bra and Piazza Erbe, the mattresses are firm,   pillow “menu”   excellent and breakfast lavish.

The hotel is in a limited traffic area so it’s quiet. It’s also popular so make a reservation as far ahead as you can.

On my first night, coping with mild jet lag, I ate dinner at Ristorante Greppia, Vico Samaritana 3, a five minute walk from the hotel. The restaurant is family-run, not touristy and good value.

The early October night was warm enough for outside dining but inside is spacious and attractive. A bottle of water, half bottle of a 2014 Brentino, prosciutto with a dish of pickled vegetables (“giardiniera”) and veal scaloppini ran to roughly $30.

Dinner at the highly-regarded Locanda 4 Cuochi, via Alberto Mario 12, is terrific and a reservation is a good idea.   Run by four chefs, the setting is spare with pieces of wooden fruit holding colored pencils on each table and bread served in a small, wooden crate.

Beautifully-plated food is Italian mod, down to the suckling pig, three pieces served with oval batons of pureed broccoli. My dolci (dessert, literally “sweet”) was black cherry semifreddo with chocolate gelato and caramelized hazelnuts, brought to my table by one of the blue-toqued chefs. There is a three-course menu for €24 plus wine.

My inner foodie wanted to sample that Veronese favorite, donkey, (although I balked at horse), and was directed to Osteria Scottoriva, via Sottoriva 9/A, under the medieval arches.

The meat came in the form of ragu atop gnocchi and tasted like strongish ground beef. This old restaurant is popular, frequented by locals who were eating less exotic pastas. Lunch with a glass of wine runs about € 22. The restaurant serves diner and stays open late.

Verona is about one-half hour from the Valpollicella region, home to numerous vineyards. I joined four others in a group organized by Pagus Wine Tours, meeting them in Piazza Bra for day trip.

It included learning about winemaking while standing in a yet-to-be picked vineyard; visiting Coali, a woman-run vineyard in Ambrogi di Valpollicella for a tour given by Marina, daughter of the house and in charge of sales; a long, instructive tasting and lunch in Torbe where the tagliatelle was laden with flecks of truffle.

Bianca our driver and guide, understands the winemaking process, knows the area inside and out and speaks many languages including excellent English.

Verona Card: Available at the city hall, many museums, sites and transit included

Pagus Wine Tours: The day including lunch with wine was €110. 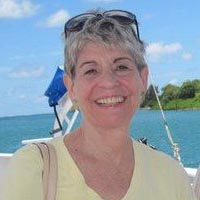 Mari S. Gold is a freelance writer who concentrates on travel, food and interesting experiences writing for many magazines and websites. She lives in New York City. Find out more at Mari’s blog.