If you have a bit more of a sense of exploration in you, Acul Guatemala will delight you with how tranquil adventure can actually be.

In the heart of the Quiche Region in Central Guatemala, there is a fast-track route for most people that goes from Lake Atitlan to ChiChi and then up to Coban before getting to Tikal.

And each of those stops definitely has its benefits but it blows right by a small detour in the mountains to a place named Nebaj and more specifically, Acul.

Most people traveling in Guatemala have had contact with the Quiche people in ChiChi, especially on market day which is Thursdays and Sundays.

I love markets and wouldn’t miss it either, but getting up into the hills of the Quiche people’s lands will give you a taste of where these Mayan ancestors travel from on market days to sell their goods and pray, displaying their unique mixture of Catholic and Mayan traditions.

West at the T

If you are driving make sure you take the exit off highway 15 onto 7 West at the “T”.   But the tricky part is getting off the 7 and getting on the 3 North which is exactly 60km from Santa Cruz.

Again, personally, I think the bus is the way to roll.   Let them throw your bag up on the roof and enjoy the mountains of Guatemala.   The final leg is 20 miles off a highway that is sometimes less of a road and more of a project left unfinished.

Once in Nebaj, there are a few places to stay if you wish to rest for a night and enjoy the central square or stock up in the market. While I was there a large political rally came to town getting all the locals fired up for election season.   The men in Nebaj wear scarlet red jackets with black embroidery topped with a white straw full brimmed hat.

They look slick.   If you have made it this far to Nebaj you know that coffee is a little hard to come by as the export price is a great source of income to the farmers and even more so to the businesses they sell to.   But two blocks north and two blocks west of the main square there is a “backpackers” coffee shop, yet you will not often find any backpackers there.

You will, however, get a real cup of coffee.   Just east of the main square is the market.   And north and northeast of the square you will find some hotels ranging from 1 to 3 stars.

There isn’t much to see in Nebaj although it is a purely authentic Guatemalan town in the mountains that does not thrive on tourism.   It might be a good place to pick up a textile if you like getting the right deal.

Acul is only 11.5 kilometers more if you are up for another 40-minute ride.   There is no pavement and it is a little slow going.   Buses run every 30-45 minutes most of the day.

The last bus in either direction is 5 pm or even a bit before.   Catch the bus right off the main square where the market and the church wall meet.   That is called the bus terminal.   Yes, there are busses but I would ease up on the terminal description.

The grass grows tall and thick from rain that feeds the valley.

It is then swathed, raked and taken by horse to feed the cows.   The freshly cut grass leaves the hills looking manicured and tidy like a golf course in the Cascade Mountains of Washington or Oregon.

The cows are dairy cows and Acul has the best and possibly the only cheese with a non-central American twist, like the common crumbly queso blanco, taste in the country.   There are a few varieties… a mild Swiss-like cheese, another softer white cheese and at least one more. 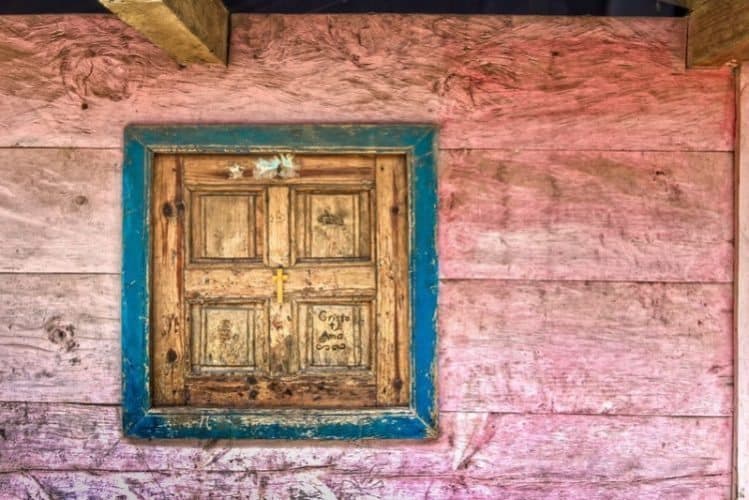 As you can tell I am not an aficionado, connoisseur or even a simple craver of cheese, but these guys up in Acul do know their cheeses. They’ve got the grass, the cows and the curdling down, ‘cause the cheese is good.

As it turns out Acul or officially Aldea Acul is part of a larger development project.   The four major contributors were USAID, Alianzas, and two sugar companies.   The project was for the better ‘development of nutrition’.

Acul received attention from both domestic and international aid groups because of the extreme violence and destruction that the city went through during the civil war.

The military tried to use Acul as an example of what would happen to your community if anyone tried to rise up and speak out for land reform.

Acul was brutally attacked, buildings burned and many of its residents slaughtered.   In the effort to rebuild and develop Acul, aid was brought in.

And along with the sugar companies, there was international influence to produce a unique commodity.   And that is cheese.

Black and white dairy cows dot the green grass landscape and they even have bells.   If you close your eyes and just feel the soft breeze, smell the grass, and listen to the cowbells delicately clanking you would no doubt feel as you were in Bavaria or North Austria.

The cows roam the valley floor and the sloping hillsides which gradually become so steep that they are sheer cliff.   Acul is not an industrial cheese factory so there is no smell. It is natural so the place has a harmonious aura as well.

Finca Mil Amores or “Land of a Thousand Lovers” is one of the two major producers of cheese.   Both are on the same side of the valley, just a 5 minutes birds-eye walk from each other and a 10-minute walk outside of town on the main road.   Both are of Spanish colonial style with red tile roofs and extended patios that allow you to get out of the sun and yet enjoy the scenery.

The restaurant at Finca Mil Amores is named San Antonio which can serve you on the wrap-around covered patio or in a banquet-style dining room that could accommodate larger parties.   The meals are ranch style and are a set menu, meaning that it is a feast and it is fresh.   You only get what the chef hand selects and you get the best of it.

A fantastic spread of… of course cheese, along with squash, beans, rice, tamarind juice, eggs, tortillas, and a steak dish smothered in a homemade red sauce is just one example.   A variety of spicy and creamy dipping sauces accompanied the food and everything was served in an eclectic collection of colorful ceramic dishes.

Wine is available, and the beer is cold as is the sparkling water making your casual beer in the afternoon a bit more relaxing or your red wine romantic dinner a little more sensual.

Accommodations at the ‘Land of a Thousand Lovers’ are quaint bungalows.   In the same Spanish style as the main house, the little abodes have tiled roofs and little patios that extend off the front making a nice wine-sipping porch in the evening or as an early morning reading nook with real coffee!   Even on a shoestring budget, this place is affordable.

A comedor or small eatery that is frequented by locals is Hostal Doña Magdalena, which also plays host to people trekking through the villages of the Quiche region.

If you are really on a budget and wish to make Acul an extended stay then Hostal Doña Magdalena might serve your wallet better.  But don’t let that give you the impression that Hacienda or Finca Mil Amores are tourist traps.

It is definitely not and are most commonly frequented by Guatemalans that know the area beyond the foreign tourist circuit.

After getting your fill of cow or goat milk cheese, wine and home-style food and you are ready to hit the road again, think about a hike over the mountains into one of the neighboring villages.   Guides are available if you choose.

And just one more thing to hopefully entice you to go to Acul, to relax and enjoy.   Another local delight, that can be found across much of Guatemala, but which Acul claims fame is called Moxmox or Moshmosh.

It is Guatemalan porridge made of oats and cows milk.   It is slowly cooked for hours and using some of the best dairy in the country, it is no wonder why Acul has the best Moxmox.   Homemade, fresh milk oatmeal, you’d be hard-pressed to find better anywhere.

Acul does double duty.  It removes you from Guatemala while at the same time reminds you that you are in the heart of the ancient Mayan lands.   It is respite from the sometimes chaos of Guatemalan systems and is a place where locals value their second opportunity.

They have struck a balance in Acul that is not only hard to find in Guatemala, but hard to find anywhere.   Acul’s tranquility is awaiting those who just want to take a load off and enjoy the finer and simpler side of Guatemalan travel.