For the better part of the last five years, I’ve lived in Guatemala. Several months were spent in the notoriously dangerous capital and nearly two years in a mountain village of less than a thousand people.

Most recently, I’ve been in Antigua, a mid-sized colonial town and one of the country’s major tourist draws.

One thing I’ve come to realize in that time is Guatemala, a country I had to search for on a map before 2008, warrants the repeat visits I’ve given it. This country is full of things to do, and so far, these are my favorites:

An hour away from Guatemala City’s airport, Antigua is the easiest and safest place for air-travelers to visit first. Antigua was the capital of the country from 1542 (when the original capital was destroyed by a mudslide) to 1773 (when Antigua crumbled as the result of several earthquakes).

What remains is a massive collection of ruins and a city that has largely maintained the colonial appeal. In other words, the streets are still stone, the buildings relics, and the population a huge mix of locals and internationals. Not to mention, the city offers fantastic vistas of three nearby volcanoes, one which is active daily.

Local/Expat Favorite: Earth Lodge, seven kilometers outside the city, is a residents’ favorite for a getaway. “The Lodge” offers Sunday BBQs with live music, a family vibe, and an incredible view.

Lago Atitlan: This spot, also with volcanoes on the side, is a perennial contender for the most beautiful lake in the world. Aside from the typical activities mountain lakes offer—hiking, kayaking, swimming, and even scuba diving, Lago Atitlan has a great collection of villages with very unique personalities to explore.

Many backpackers I’ve met have gone there for a quick visit and found themselves still trying to escape six months later. Whether its yoga, all-out partying, or exposure to the local culture–the lake has got a place well-suited for it.

Flores/Tikal: Tikal is perhaps the premier Maya site in the entire world, arguably more impressive than the recently named world wonder of Chichen Itza. Tikal has the tallest pyramid built by the Maya (Temple IV, 70 meters) and several more pyramids poking atop the jungle canopy.

Trails lead from one structure to the next, connecting massive plazas and complexes via limestone roads built over a thousand years ago. Surrounded by unruly jungle, this site is alive with funky wildlife: monkeys, pisotes (raccoon-like animals with raised tails), tarantulas, and more. And, it’s still possible to climb up many of the pyramids and explore the ruins.

· Climbing to the top of Temple IV is just draw-dropping. From above the treetops, the tops of other pyramids are visible and the endless expanse of jungle looks Jurassic.

·Taking a guided tour is special at Tikal because the Maya civilization is so drenched in mysterious occurrences. It really adds meaning to the minute details of each building.

· Clamber through the ruins of Mundo Perdido (Lost World). Even though some things date back to 700 BC, the complex still standing.

Local Tip: Most visitors to Tikal stay on the island Flores in the middle of Lake Peten, over an hour away from the site. El Remate is closer and has great accommodation options.

Semuc Champey: Often overlooked by vacationers on short trips, Semuc Champey is a freak of nature. Down a dirt road, in the depths of the jungle, near the Maya town of Lanquin, the Cahabon River gets sucked underground and creates an amazing network of watery caves and emerges beneath descending turquoise swimming pools.

It’s the sort of place that makes it into picture collections and inspires travelers to journey ten hours via a bus and shuttle for a chance to see it in person. Luckily, there are some pretty hip places to sleep, a collection of water-based activities to enjoy, and the sights to make a trip worth it.

· Swimming in the pools at Semuc Champey is such a special experience. The water comes in amazing shades of blue, the jungle surrounds, and often no one else is in sight.

·Hike up to El Mirador, the lookout point above the river. It’s great for working up a sweat before taking a dip and provides photos to make folks back home jealous.

· Explore the Kan’ba caves by candlelight for a slightly frightening experience and a new visual perspective of the beauty around.

Rio Dulce: In the southeastern corner of Guatemala, between Lago Izabal and the Caribbean Sea, is a stretch of river with biodiversity rivaling that of the Amazon.

Much of the river is bordered by steep, 300-foot canyon walls shaggy with rainforest and large waterfowl like pelicans and cranes perched in the trees. Between Fronteras (on the lakeside) and

Livingston (the Caribbean side), there is only access via boat. Rio Dulce puts visitors out in the middle of nature and allows them to experience no power lines or freeways within an earshot.

· Visiting the town of Livingston on the Caribbean coast introduces most visitors to the Garifuna, a culture likened to Rastafarians but with much less reggae-induced fanfare.

· Kayak on the Rio Dulce. Nice and relaxed, with no excessive currents, there are tons of diverging waterways to explore, as well as a bio-reserve.

· Getting out of town should be priority number one. Between Livingston and Fronteras, there is a whole lot of nature to enjoy and hotels with a refreshing lack of “conveniences”.

Locals Favorite: Finca Tatin, about a thirty-minute boat ride from Livingston, is great place to escape to, with good swimming, delicious food, and a serve-yourself bar. 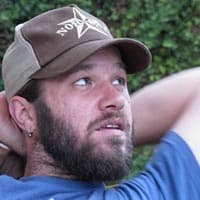 Jonathon Engels has been an EFL expat since 2005, just after he earned an MFA in creative writing and promptly rejected life as an instructor of freshman comp. He has lived, worked and/or volunteered in seven different countries, traveling his way between them. Currently, he is in Antigua Guatemala, where most mornings he can be found tucked behind a computer in the corner of a coffee shop.