In Chichicastenango’s Market: A Surprising Offer

“She is speaking Quiche, the Mayan language,” said Pascual, our excellent guide.

“Why is she trying to give me money?” Virginia said as the old woman kept offering coins from a leather pouch

“Hard to understand, I’m afraid,” he apologized. “Her accent.”

The old woman kept eyeing me as she continued to push coins on Virginia.

“She wants to buy your husband,” said Pascual, finally, with a tortured look halfway between a smile and a grimace.

“For what?” said Virginia.

“I can’t be sure. The word she’s using is either for ‘boyfriend’ or ‘blood sacrifice.’ ”

“Whichever one’s the case,” Virginia held up the money, “she’s giving me way too many coins.”

Getting The Lay Of The Land

We had traveled three hours from our cozy cliff-side retreat on beautiful Lake Atitlan to Chichicastenango, the largest and longest-running market in Central America. I approached Pascual as we got off the bus and secured him as our guide. Why? Because that’s what we do in a country where we don’t speak the language.

Plus, he was wearing an official-looking guide vest with his name on it and he looked honest. Oh, you mean that’s not how you’re supposed to do it? I understand it’s possible, with technology and travel forums, to do a reference check. Even here. But sometimes you just have to go with your gut.

He walked us through the thrall of the market as peddlers called, cajoled, waved and whistled after us to buy their wares. Pascual led us up a set of stairs to a second-story restaurant overlooking the marketplace.

I was already sold on Pascual. The breakfast was great (fresh brewed Guatemalan coffee? Sí, I will have another cup, gracias!) and it was a wonderful first move.

From our table on the long veranda above the busy market, we got our bearings; the two controversial cathedrals that faced each other in the square, and in the distance the sacred hill still used daily for Mayan ceremonies.

Below us, Virginia and I watched a local medicine man at work. He was making a pitch for the healing powers of the plants and herbs he had collected and laid out from the jungle. If you look closely you can see he has a venomous snake wrapped around his neck, proof of his power over nature.

(Retraction: Okay, fine. Virginia says I have to take it back.  I admit it; the snake is probably not poisonous. But, really, wouldn’t that be the coolest?)

Yes, there is poverty. Yes, there is (some) malnutrition. Yes, they are sending children to our borders so they can find and be with their parents again and escape the crushing conditions the poor are exposed to – don’t get me started. This is not the forum. The situation is too complex to make simplistic judgments from media reports – of any flavor, be it mainstream or fair and balanced.

If you think you know or have heard the ‘real’ story, you simply don’t. As is the case with every major event or condition, social or political, very few people on the planet actually know what is going on. And it is not me or you. That’s the only ‘fact’ you can count on.

After we barely escaped me being sold, Pascual wanted to know if we would like to see a Mayan ceremony.  We were on our way, walking out of town and up the side of a mountain faster than you can say, “human sacrifice.”

Side Trip To A Mayan Ceremonial Site

See, yet another reason you need a skilled guide. To get you to the places many tourists haven’t bothered to tread and to give you the inside scoop.

For example, there hasn’t been a human sacrifice in about four hundred years. They switched to poultry in the late 16th century and, apparently, it works for them. Still, we were not disappointed, human sacrifice notwithstanding.

We climbed Turcaj hill (The Sacred Place) through a cornfield (the god of corn: very important).  Everybody carries a machete in Guatemala. But the gentleman in the photo had two. I did not ask why.

We reached the hilltop and looked down on the…Mayan cemetery. We looked around. We were in an open space. There was a cement gazebo with several fire pits within.

But the focal point was the outdoor altar. The entire area around it was charred and blackened from hundreds of years of fires for ritual and prayer. The altar itself was a carved block of stone called the Cofradia of Pascual Abaj.

Pascual our guide (the most popular male name in the region) told us the story of how this altar came to be.

You can read the official version here.  And yes I know the stone looks rather, um, phallic. And yes, of course, I have my own theory, thanks for asking!

Because the Spanish, who had already dug in and ravaged the country by the mid-16th century, were such incredible dicks on every conceivable level, I see the Pascual Abaj as a subversive salute from the Maya to those who would try to own them body and soul.

We saw this kind of not-so-subtle message everywhere at this important Maya city. The Maya may have long ago submitted to their Spanish overlords, but they never surrendered who they are at heart.

The Practice of the Mayan Religion

On the way back down the hill, I asked Pascual point-blank if he was Maya or Catholic. I had a bit of a clue since he sported a small and tasteful tattoo on his hand of a Mayan deity, between his thumb and index finger. But his answer surprised me.

Catholic (he pronounced it: cat-TALL-ick). Married with two daughters of his own, he said his mother and father and grandparents are all Maya, but that it is too tough a religion for many younger people to practice.

Too strict in its tenets. For example, they make Catholics look like liberal atheists when it comes to birth control. Don’t even think about it.

It was made for a people who could withstand anything thrown at it. And needed all the followers they could get to help them survive whatever came at them.

Thoughts To Take Home With Us

The one mask we bought (see above). We also bought two stone images that ‘looked’ ancient. Then we said goodbye to Pascual, tipped him generously, as that was his only pay, and got back on the bus to Lake Atitlan.

When you’re traveling, despite all the precautions and research, in the end, you need a guide and you often have to trust your gut in picking one.

We had a great time with Pascual. Can’t tell you all the other people on the bus with us who didn’t and fumbled and floundered with guide books and were constantly hassled by aggressive vendors. They were miserable and complained all the way back.

On the ride back to Lake Atitlan, I caught Virginia looking wistfully at the leather bag she’d purchased from the old woman who tried to purchase me. She held up the pouch, jingled the coins inside. 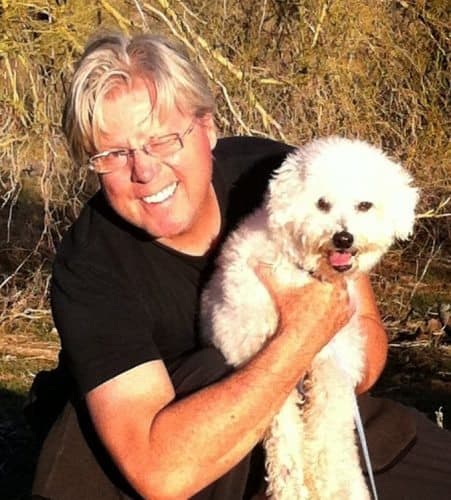 Nelson Clark is a Phoenix-based writer, novelist, and playwright. To read other stories about his travels to Guatemala and beyond, go to his blog Raging Traveler.