Incamachay Cave Paintings and Dinosaur Footprints in the Bolivian Wilderness

The geometrical shapes of the Incamachay cave paintings fell loosely into different categories.

Those that were painted white with a red outline and squared edges were humans, although the way their legs and arms were bent gave the appearance of beetles or spiders.

Carved deeply into the rock nearby – long and thin with matchstick legs – were the llamas. The occasional figure with an enormous bow and arrow followed them in hot pursuit.

But the most striking were those with forked toes and long arms. They, we were told, represented the shaman, or holy men who seemed to preside over the scene.

Still important figures in modern-day indigenous culture, they were largest in size; a powerful reminder of the spiritual roots that the Bolivian people still so proudly maintain.

These were the first pinturas rupestres or cave paintings I had ever seen, and the thought that we were tracing 2,000-year-old messages with our fascinated eyes was enough to keep me transfixed in awe. Sitting here, surrounded by miles of barely-habited landscape, it was easy to imagine that we’d somehow slipped back in time.

Aside from the three of us, there was no one else there. Just our rucksacks, our packed lunch, and the silence of the desolate Bolivian countryside.

A trek like no other: pinturas rupestres, the Maragua Crater, and dinosaur prints

We were trekking in the countryside, just northwest of the Bolivian capital, Sucre. We were looking to cram 2,000-year-old cave paintings, mountain craters, and dinosaur footprints into three short days of hiking.

In Bolivia, it’s always sensible to take a local guide. With trails often poorly maintained – or non-existent – it can save time, not to mention hours of confused frustration.

Companies such as Sucre-based charity, Condor Trekkers, are also working directly with local communities to ensure that tourism is sustainable and fair.

Saying that with our friend volunteering for the company – and positive she knew the route well enough – we decided to go it alone. What could go wrong?

A window into traditional, rural life

The trail begins around four hours by bus from Sucre, at the ancient stone church of Chatequila. This is the starting point for one of Bolivia’s best-kept secrets: a stretch of paved Inca trail that drops down from the mountains to the refreshing current of the Río Ravelo.

Having decided to take a diversion from this popular route, we instead peeled off north.

As we soon learned, if you’re looking to see rural, traditional Bolivian life, it’s just the ticket. Stately oxen attached to heavy wooden plows are often to be found patiently waiting in the middle of a field, their owners nowhere to be seen.

Enterprising local children will accost you on the trail, offering friendship bracelets for a few bolivianos – something I’ve never been able to refuse.

You’ll come across bulls charging one another – a sight best watched from a distance – and the incredible affinity of a farmer with his animals as he manages to calm the situation.

What you’re unlikely to find is other tourists, and if the frenetic energy and traffic of Bolivian cities such as La Paz have gotten too much, a walk in the wilderness will be a way of restoring a much-needed sense of calm.

The trail passed panoramic vistas of empty, sun-scorched landscapes. An occasional adobe house nestled into a distant mountainside and the unnatural clarity of the azure blue sky lent all of our photographs a surreal quality.

After four hours of solid walking – laden down by the equal handicaps of heavy rucksacks and the 2,700 m altitude – we found the overhanging rock that was the canvas for the Incamachay paintings.

After a reflective lunch of figuring out what each symbol represented, we climbed further up the mountain to where the other set of paintings, the Pumamachay, were located. Ensconced in a damp cave, these were painted in black; a series of spirals with the occasional shaman figure thrown in again. Not enjoying the comparative darkness and enclosure, we headed back out into the bright sunshine to follow the path down to the river in the valley bottom.

It was at this point that our lack of guide came back to haunt us; as the path disappeared into confused patches of footsteps, we wound between tall pine trees (introduced to rebalance the extensive deforestation that had plagued t

he region) and hoped for the best. As the afternoon disappeared into evening – and the light starts to fall – we gratefully found ourselves beside Río Ravelo in the valley directly below the cave paintings.

Here, we pitched in the gathering darkness on a small plot of land and fell asleep to the sounds of barking dogs echoing along the valley, and a roof of stars so clear each constellation was a muddle of trillions of distinct, tiny lights.

The next morning, we woke with the rays and heat of the burning Bolivian sun and packed our tents quickly, keen to get moving before the heat became unmanageable.

Following the river, we passed the smallholdings that belonged to the subsistence farmers living here.

Every few minutes, we wished a polite buenos días to the locals working in their fields; many responded in the indigenous language, Quechua, which is more prevalent in these parts than Spanish.

Soon, we arrived in a tiny community and followed the road that climbed out of the village back towards Sucre, forking off to the right to join the bottom of the Inca trail.

Winding along a dirt road through groves of grass and eucalyptus, we paused for lunch. Then began the painful ascent into the Maragua Crater.

Walking at altitude is always a test of not just fitness, but willpower. Even only at 2,700 meters above sea level, it can be tough. For us, unforgiving switchbacks hid the route – and the climb – from view, and every turn opened onto more path to be walked and more height to be gained.

Baking beneath the early afternoon sun and still weighed down by our packs, we soldiered on, gasping encouragement through empty lungs at each other.

After a strenuous hour of panting, plodding, and numerous rest stops, we made it to the top. From our vista on the outskirts of the crater, we realized why all of our Bolivian friends had raved about this place.

An enormous dent in the topography, the sides were a series of undulating, tooth-like shards of a mountain, all surrounding a flat-bottomed basin.

While many believe it to be the result of a meteorite hitting the earth millions of years ago, the local guides are in agreement that it’s probably more likely a result of the tectonic activity that formed the nearby Andes.

This would explain the strange, rolling arcs of colorful rock that make up the sides of the crater.

In the middle, lies the village of Maragua: a meager collection of adobe mud huts skirting a single dirt road. Here, the local people have benefited from Condor Trekkers and their pursuit of sustainable and mutually beneficial tourism.

Visitors can admire the vivid red and black traditional weavings made by the local women and sleep in the community-owned cabins. Maragua is proof that tourism can work for all involved, something I rarely saw in other parts of Bolivia.

For us, our day ended with a final ascent up a smaller hill on the outskirts of the crater. Setting up camp for our second night at the top, panoramic views of the sunset combined with cold beers purchased from a nearby shop were just rewarded for the laborious walking of the day.

Waking to a stunning sunrise, we packed and dropped back into Maragua to marvel at the incredible Garganta del Diablo (the Devil’s Throat) waterfall as it plunged off a sheer drop at the end of the village.

From there, we took the path that climbs the distant side of the crater; a further punishment to our tired legs.

As we painstakingly plodded along the path, we couldn’t help but be amused at being overtaken by an elderly-looking local woman who clearly walked the route multiple times per week to get to the nearby town of Potolo.

Cresting the top, we were reminded of our stupidity at coming alone: what followed was several hours of confused searching for the short detour to arrive at Ninu Mayu and the 150 million-year-old ancient Brontosaur and T Rex footprints, guarded for eternity in petrified lava.

Admitting defeat, we carried on along the main road (bordered by an incredible variety of multi-colored rock) for a few more hours to arrive in Potolo towards dusk.

Slightly in size than Maragua, it also had locally-run cabins, cold beer, and even hot food (albeit the Bolivian favorite: fried chicken); a perfect end to a grueling three days of walking.

Getting There: London to La Paz or Santa Cruz, plus a 30-minute internal flight to Sucre from $740.

When to Go: April through to November (before the rainy season)

Organizing Your Hike: 4-day treks to the cave paintings, including Maragua Crater, and dinosaur footprints are available for around $109 through Condor Trekkers (www.condortrekkers.org ) and can be booked in advance or upon arrival in Sucre (subject to availability).

Accommodation: Hostels available in Sucre from $7 a night. 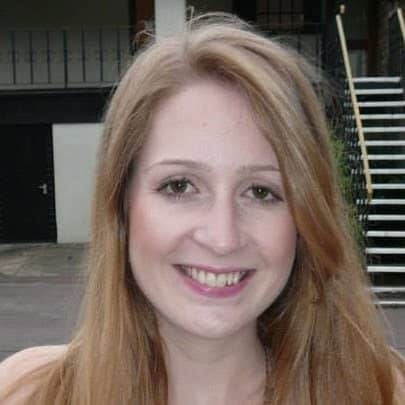 Steph Dyson is a writer and volunteer from the UK who has been traveling in South America – and writing about her adventures – for the past two years.