Bolivia: the Trail of Butch Cassidy and the Sundance Kid

In San Vicente Canton, Bolivia, the trail of the Legendary Outlaws was F0llowed

The story of Butch Cassidy and his sidekick, The Sundance Kid, is one of the great tales of the American Wild West.

The tale was adapted for the 1969 film, Butch Cassidy and the Sundance Kid, starring Paul Newman and Robert Redford, which turned the tale of the Wild Bunch outlaws who fled to South America with US$1,000 rewards on their heads into the stuff of Hollywood legend.

Today, a scrappy unmarked grave in a remote Bolivian pueblo offers little hint to the romantic notions of the bandit’s escapades.

Indeed, the legend of Butch and Sundance is a highly confused one: most people don’t even realize that the pair were even real people, while the rumor mill has for years fueled conspiracy theories about their eventual fate.

While officially the pair met their end in San Vicente Canton, Bolivia, conflicting reports suggest Butch was stabbed in the slums of Paris, whacked after a bank raid in Uruguay and ate lead in a New Mexico brothel.

Sundance reportedly met his maker numerous times between 1920 and 1940 in Venezuela, Chile and Argentina.

So, here are the facts: Butch and Sundance fled to South America in 1901 to evade pursuit from the Pinkerton Detective Agency (later to become the FBI), following a string of bank raids on the Union Pacific railroad. They spent several years working as law-abiding cattle ranchers in Patagonia before returning to a life of crime in Bolivia.

Letters written by Butch from the time suggest the pair were looking for one last job before retiring and buying a cattle range near the frontier town of Santa Cruz in tropical southeastern Bolivia.

The last ever job turned out to be a strike on the payroll of the Aramayo mining company near the southern Bolivian town of Tupiza. Afterward the pair headed for San Vicente, turning up on the night of November 6, 1908, seeking shelter. It was here that locals betrayed their identity to the authorities, leading to the shoot out as immortalized in the film.

, the definitive book about the Butch and Sundance story.

But the truth behind the legend is harder to find. Stories still circulate that the bodies buried in the San Vicente cemetery are not those of Butch and Sundance; a 1991 exhumation of the corpses failed to provide conclusive evidence. There was only one thing for it: to set out in the footsteps of Butch and Sundance to capture the spirit of the Wild West at Bolivia ’s new tourism frontier.

From the first-class compartment of the Expreso del Sur train from Oruro to Tupiza, the flat-plains scenery is frosted in a caramel coating of afternoon sun.
While a waiter in a wonky black tie brings coffee, the TV screen in the corner serves up 80’s time-warp videos: Hall & Oates, The Eagles and — in their first public outing since American Psycho– Huey Lewis and the News. Darkness falls across the scrubland and I head for the restaurant car.

These days you’re more likely to encounter a couple of Danish backpackers than a gang of freewheeling pistoleros with a penchant for hard liquor, loose women and fast talk. Indeed, with its bright yellow place settings and fluorescent lighting, the restaurant car doesn’t feel like a place to encounter fugitives on the run.

Still, keen to emulate the movements of Butch and Sundance, I order a large Argentinean steak, a beer and a shot of liquor.

Several hours later, as we roll into Uyuni, gateway to Bolivia’s greatest natural wonder, the vast flatness of Salar de Uyuni, I’ve lost heavily at cards to a man called Don Juan. I was secretly hoping he’d be wanted on four continents for hustling, rustling or, at the very least, grand larceny.

The next day in the erstwhile mining settlement of Tupiza, I start to feel the trail is getting warmer, however. The colonial town square, overshadowed by the bleached-white façade of the cathedral, looks unchanged since the days in 1908 that Butch and Sundance spent casing the local bank. The bank is still standing today while a Wild West-style cantina across the square serves up steaks behind saloon doors on tables crafted from cactus.

It was while laying low in Tupiza that Butch learned of a payroll to be transported by mule for workers of the Aramayo mine near Huaca Huañusca (Dead Cow Hill), 50km northeast of Tupiza. Today, a gravel road leads out of Tupiza past the rocky outcrop of La Poronga overlooking an expanse of scrubland dotted with cacti. It’s raw and unforgiving.

A short ride from Tupiza is Salo, a rural community of 200 people located 22km from Tupiza. Butch and Sundance pitched up here seeking a bed in a local posada the night before the robbery. From Salo, the road climbs sharply to Huaca Huañusca, where we dismount to trek through the valley where the actual assault took place just after 9.30am on November 3, 1908. From here the pair set off at a canter, reportedly heading for “Uyuni and the north”.

“A horse only covers 30km a day, so I don’t see why they were headed north,” says my guide Alejandro Quispe Alfaro, as we clamber over rocks, cacti stretching to the horizon. “From here it’s a 15-day ride to Chile over high-altitude and rough terrain with no food for the horses and nowhere to stay. It’s a mystery, but I guess that’s half the appeal.”

Back at Tupiza’s Hotel Mitru that night, the first leg of the trail has left me with more questions than answers. If Butch and Sundance were planning to buy a ranch in Santa Cruz, why were they headed north to Uyuni and Oruro? And did they really go out in a blaze of bullets and glory as the film suggests, or did they take their own lives rather than face capture?

In search of clues, I head across town to the house where local lawyer and Butch Cassidy expert Felix Charlar Miranda lives. Felix has devoted his life to scouring the local library, the archives of the Aramayo mining company and the attics of local people to collect Butch and Sundance memorabilia.

Today he has a small but intriguing private collection in his garage, ranging from black and white photos to firearms.

“I don’t believe the story about them committing suicide,” he says, producing a file of documents and letters dating from 1908. “They made off with 15,300 Bolivianos (around US$2,217  at current exchange rates) from the Aramayo mining company, but the bodies were reported to have hardly any money on them.

Plus Butch and Sundance used Colt 45s — that would blow someone’s head clean off. But when the bodies were exhumed for identification, they were positively identified by their faces.”

“I believe a posse killed them, took the money and made it look like suicide to avoid retribution,” he adds.

End of the Line

San Vicente is a jarring three to four-hour jeep ride along a rough road heading 200north to the town of Uyuni, where some of the Union Pacific trains Butch and Sundance robbed lay rusting in an eerie train cemetery just outside of town. En route, the odd llama caravan and occasional zinc mine are the only distraction to the wild, unyielding scenery.

A less hospitable place is hard to conceive of. At 4,500m above sea level and swept by fierce winds, the 700-person strong settlement of San Vicente feels like the end of road. San Pedro de Atacama, the frontier with Chile, lies 350km south across rough terrain.

The village, home today to the Pan American Silver Mine, remains isolated from civilization, lost and forgotten amid the Cordillera Occidental mountain range. The only nod to the legacy of San Vicente’s most famous stiffs is a weather-beaten sign at the entrance to town. It reads: “Here death’s Butch Kassidy (sic) and Sundance Kid”.

At sundown on November 6, 1908, Butch and Sundance rode into town on a couple of mules and asked for shelter. Cleto Bellot, the local administrative officer, advised them there was no lodging, but locals could put them up in an outhouse and sell them provisions.

Fortified by a last meal of beer and sardines, they tended to their animals and bedded down for the night, unaware that Bellot had taken his leave to make contact with a four-man posse from Uyuni, led by Captain Justo P. Concha, that was on their trail.

The details of what happens next are sketchy but by daylight on November 7th, it seems likely that Butch and Sundance lay dead. The trail runs cold at San Vicente’s wind-swept cemetery. The outhouse where they stayed is now a deserted adobe shack filled with llama dung.

And there’s no Jim Morrison-style tomb with homage-rendering graffiti. In fact, there’s no tomb at all. In 1991 a team of forensic scientists from the United States exhumed the grave where the fallen bandits were supposed to have been buried.

DNA tests eventually found the body was that of Gustave Zimmer, a German engineer, who worked at local mines at a similar time to Wild Butch’s robbing spree.

After William A Pinkerton heard of the San Vicente shootout, he dismissed “the whole story as a fake”. The Pinkerton Detective Agency, fueled by alleged sightings across Latin America, never officially called off its hunt for Butch and Sundance.

The question that now remains is how to preserve the legacy of Butch and Sundance. What San Vicente desperately needs is international funding from an NGO to develop a legitimate tourist infrastructure.

Even today, this isolated pueblo of 300 people has no clean running water, one public telephone for the whole community and relies on deliveries of fresh fruit and vegetables by truck from Tupiza four hours away.

“I’m sure the gringos are buried in Cementerio General San Vicente – we just don’t where. I talked to old people who remember the legend well and they’re sure,” says Eduardo Donairi Coria, a miner who now lives in San Vicente.

“We would welcome tourism to San Vicente as a means to improve the standard of living in the pueblo, but first we need a proper museum, signposts and a place for visitors to stay,” he adds, looking out across a desolate landscape.

There’s no official registration of tourists in San Vicente, so it’s impossible to gauge the scale of arrivals, but the rise of the Butch trail offers a lifeline for people of the desperate pueblo where they (probably) met their end

As we shake hands to say goodbye, Eduardo looks thoughtful. “The fact there are no definite conclusions is probably what fascinates people,” he says. “Tourists come here expecting to find the Holy Grail, but all they find is a huge question mark.”

Tupiza’s hotel Mitru (00 591 2 694 3003; tupizatours.com) run dedicated Butch and Sundance tours by jeep and horseback; prices start from $100 per person for a two-day trip, including transport and picnic lunches, based on a group of two people.

They also screen the 1969 film most nights at 8 pm, plus have a raft of documentaries on DVD. Email for details: tpztours@entelnet.bo. 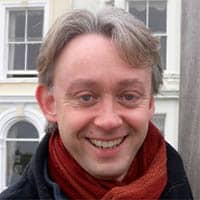 David Atkinson is a British travel writer currently based in Bolivia while authoring The Bradt Travel Guide: Bolivia. Visit his author website.