Branson, Missouri: Here’s Why So Many People Visit

Visiting Branson MO: Not On Our List But Too Popular to Skip

Branson, Missouri, is the entertainment mecca of the mid-south. A city of countless performance theaters, a 61-acre theme park, not to mention zip lines, wax museums, mini-golf courses, and a plethora of restaurants.

We had heard about it for years, seen the commercials on TV, and have been regaled by stories from friends and family of the grand adventures in this small Ozark town with its big ideas.

I’ll admit that we hadn’t planned on visiting Branson anytime soon. On our list of sites & destinations yet to be visited, Branson was not near the top.

Friends had offered us the use of their condo and my wife, Kathy, thought it would be fun. So with that, and a since of both trepidation and anticipation, we set-off for the Ozark Mountains of Missouri and the self-described “Live Entertainment Capital of the World”.

After a missed exit and a couple of wrong turns (I really need to embrace technology) we arrived in Branson after a 9 ½ hour drive. One of the first things we discovered was that this is definitely hill country; hence “Ozark Mountains”.

There was a certain amount of roller-coastering though wonderful countryside involved in arriving to our destination.

The second thing we discovered was the traffic. Lots of it. We had arrived on a Saturday afternoon during the height of week-end visitor induced bumper-to-bumper congestion on The Route 76 Strip.

Everyone was polite and patient but slow. Being new to the experience we were not yet aware of Branson’s system of three alternate colored routes – Blue, Red, and Yellow-that allow you to run roughly parallel to the strip but bypass the bulk of the traffic. Once we mastered that little trick, getting around was relatively easy.

The Branson Strip is the local name given to Highway 76, which runs east to west right through the heart of Branson. I might also add that it may well be the longest carnival midway in the nation.

A nearly 3 ½ mile colorful spectacle of sensory overload. Our heads were in constant motion as they swiveled from left to right. Dinner Theatres promoted by the likes of Dolly Parton and the late Dick Clark; a host of roller coasters, zip-lines, go-cart tracks, putt-putt golf and even a Ferris wheel that used to be ensconced on Navy Pier in Chicago.

Plus an outsized monument to King Kong, a larger-than-life Giant Pacific Octopus that would rival Captain Jack’s Kraken and even a replica of the Titanic. Certainly enough to entertain a host of families.

Having made it to the west-end of the lively boulevard, we settled into our temporary home. Located in the Pointe Royale Condominium Resort and Golf Course, our unit was comfortably large with 2 king-size bedrooms, a full kitchen, 2 baths and living room.

More importantly, the gated community was a peaceful respite from the hectic pace of the strip. It was close enough to all of the wonderful excitement for easy access, but comfortably ensconced in its own neighborhood providing a restful interlude.

Dinner Near the Church

Needing dinner we tentatively headed back out hoping to discover something nearby. Sandwiched between a hotel and an impressively large Baptist church, we found a low-slung, non-descript building touting bbq. Danna’s Bar-B-Que is very unassuming. From its red & white checked table cloths, brown paper towels for napkins to its low-key but very helpful staff, Danna’s is not seeking bright lights.

They don’t need it, the cue speaks for itself. We shared a platter of pulled pork, hot links and fried catfish. With sides of fries, slaw and beans it was a slow-smoked-infused feast for the senses. Add in a couple of sweet, buttery Memphis rolls for mopping up and it truly was an excellent first impression.

On our first morning we sought out a slightly more low-key adventure. After picking up a map, we utilized one of the alternate colored-key routes to avoid the heaviest traffic we headed to Branson’s historic downtown.

Downtown Branson is small but charming and is extremely walkable, so we just parked our car and started strolling the quaint streets.

We found shops like Mac’s Seen on TV, a haven for all those late-night, can’t live without gadgets and must-have doohickeys offered on TV.

Across the street was Kilroy’s, whose eclectic interior rivaled its celebrated 1940’s meme. We also discovered The Spice Agent who specialized in creating an array of one-of-a-kind rubs from specialty spices and seasonings.

No trip to Historic Downtown Branson is complete without a visit to Dick’s 5 and 10. You cannot miss the distinctive red banner across the façade. This Branson landmark first opened in 1961. The massive 10,000 square foot store remains family-owned and operated all these years later!

There is virtually no limit to the things you can find at Dick’s 5 and 10. You can shop the tight and crowded aisles for useful items like housewares, tools, and pet supplies or seek out the wide-array of old-fashioned candy, over 100 different varieties of soda, unique novelty items, and toys. If you’re looking for something you haven’t been able to find anywhere else, make sure to check out Dick’s 5 and 10.

Seeking a respite, we wandered into Clockers Café. The small, nostalgic café specializes in breakfast. So we ordered pancakes and a side of biscuits and gravy. The hearty portions were very good and the friendly and very capable staff kept things moving like, well, clock-work.

Branson Scenic Railway in the Ozarks

Afterwards we strolled towards the Branson Landing on Lake Taneycomo past the historic 1905 railroad depot, home to the Branson Scenic Railway. This 40 mile round trip train excursion takes passengers through the foothills of the Ozarks.

Branson Landing is a 95-acre entertainment and retail destination just blocks from downtown Branson. This 1.5-mile-long waterfront boardwalk features dozens of specialty stores anchored by Brass Pro Shops, dining options that include restaurants from the likes of Paula Deen & Guy Fieri, and nightspots with live entertainment.

It just so happened that the Powerboat Nationals were holding their championship powerboat races in Branson this particular week-end. They showcased some very sleek outboard powerboats that looked like fighter jets on the water. The wide waterfront provided front row viewing as they raced by on Lake Taneycomo.

In between heats, the Branson Landing Fountain Show shot 120 foot geysers of water and fire into the air, all the while in sync with lights and music.

Further along the waterfront, we encountered Parakeet Pete’s Waterfront Zipline. Craving a little adventure, we hopped onto their comfy side-by-side seats and found ourselves being whisked backwards up and over the lake where upon reaching the far shore, we flew back downwards with Branson Landing and Lake Taneycomo spread before us as power boats sped about below. Twice! website

You can’t leave Branson without seeing a live show. There are dozens of different venues and acts available for all tastes. The following afternoon, we chose the Dick Clark American Bandstand Theater and its Legends show. This live tribute show features an amazing cast of entertainers mimicking a host of musician stars assembled on one stage.

The 2-hour plus show showcased performances from Tina Turner, Willie Nelson, Kenny Chesney, Freddie Mercury of Queen and the Blues Brothers. The performances were outstanding. While not all of the tributes were equal to the task, they were all very entertaining nonetheless. Afterwards, all of the performers did a meet-and-greet with the fans.

The Beauty of the Ozarks

Our final day, we decided to get off the strip and headed out of town to enjoy the natural beauty of the Ozarks. Traveling across the top of Table Rock Dam, we drove along Table Rock Lake State Park enjoying the picturesque countryside. Just off highway 165 we found a scenic overlook that offered a panoramic view of Lake Taneycomo and the rolling, forested hills of the Ozarks.

The relaxing drive brought us to Hollister, a small town just a couple of miles from Branson. The charming downtown appears modeled in the style of an old fashioned English village. It was here that we found the Turkey Creek Brewery.

Our effusive hostess, Madison, informed us that they were celebrating their 1-year anniversary.

Turkey Creek was founded by Scott and Deneen Wuest in September 2021. Scott was a home brewer who took a leap and expanded into a full-blown brew-pub.

Housed in an early 20th century, stone building full of charm, they keep eight taps with six dedicated to beer, and one each for cider and seltzer – all produced in-house. In addition, they have a wood-fired pizza oven on the premises.

We ordered the Caprese pizza with fresh mozzarella, Roma tomatoes, basil and a balsamic glaze. Accompanied by glasses of the Warrior IPA and Mama’s Mango Wheat we settled into the warm setting, enjoying conversations with Madison all the while the Vikings were defeating the Packers on the corner TV. Perfect afternoon.

Seventy-two fun filled hours still is not enough time to embrace Branson. We had barely scratched the surface of all that Branson has to offer and yet we did enjoy ourselves tremendously. We have every intention of returning and discovering the vast experiences we have yet to take advantage of.

Branson, MO. is in the Ozark Mountains approximately 3 ½ hours (250 mi) from St. Louis 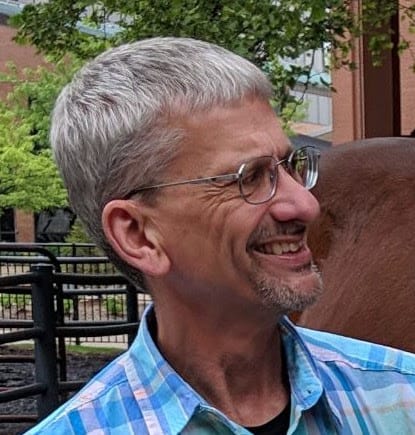 Frank Hosek is an Illinois-based Director of Human Resources who revels in traveling with his wife, Kathy.  He enjoys discovering new experiences, meeting the people that make those experiences enjoyable, and sharing their adventures. He is a freelance writer for newspapers and travel websites.