Tasmania: Come on Down and Inhale the World’s Cleanest Air

The cleanest air in the world is carried westward from Chile by the famous Roaring 40s. These strong winds found in the Southern Hemisphere push air around the bottom of the earth. After blowing uninterrupted across thousands and thousands of kilometers, this untouched, purified air reaches Tasmania.

Tasmania, an island state of Australia, lies 240 kilometers (150 miles) south of the mainland. Measuring approximately 320 kilometers (200 miles) long and wide, the 540,000 lucky inhabitants have plenty of open space to breathe in the clean air.

The coastline comprises pristine beaches, blowholes, caverns, natural bridges, and dolerite stacks that rise like needles off the shore. Beautiful lakes, crystal clear rivers, and streams weave through trees; almost half the state is forested.

When Britain claimed Australia as its territory in 1770, it not only gained a base for its ships in the Pacific Ocean but a perfect location to send convicts. The UNESCO World Heritage-listed Port Arthur Historic Site is a 90-minute drive from the state’s capital, Hobart.

Thirty historic buildings and ruins spread over 100 acres make up Australia’s most intact convict site. Hardened British criminals were transported by ship to Port Arthur. Repeat offenders and the more rebellious prisoners from other convict stations were relocated to this unforgiving settlement.

The sun was high in the sky as we arrived on a bone-chilling day. Sandstone-colored ruins of the penitentiary, law courts, and guard tower were dotted around the vast, grassy space, standing proud and defiant in the sun. The well-tended grounds gave a feeling of freedom in this modern era, a far cry from the old days.

Sultry dark clouds rolled in, and rain started to fall as we followed our affable guide on the included introductory tour. Huddled under umbrellas and tightening our lamb’s wool scarfs, we listened intently to the narration about life here 180 years ago. The icy wind blew off the Southern Ocean.

As our teeth chattered we were reminded that inclement weather was another element these tortured souls had to contend with. This is the most southern point of Australia – the next stop is Antarctica. This region is definitely doused in clean, pure air.

While the gardens and buildings at the historic site have a majestic presence, a somber and sad feeling hangs heavy for those who remember the event of 28 April 1996.

This was the site of Australia’s worst mass murder when 35 people were shot dead and a further 23 wounded by a lone gunman. This event resulted in the Australian government banning semi-automatic and pump-action shotguns and rifles from civilian possession in a new gun law reform.

After paying our respects at the Memorial Garden, we returned to the warmth of the Visitor Centre Café for a late afternoon lunch of battered fish, fries, and a glass of local Chardonnay to brighten our mood. Images of beauty conflicting with thoughts of horror make this a genuinely evocative location that never wants you to forget.

Entry tickets to the Historic Site are valid for two consecutive days, and as there is so much to take in, you could easily spend that amount of time.

Further details can be found here:

Strahan and the Gordon River

Google will tell you that Hobart to Strahan is just over 300 kilometers and will take 4.5 hours to get there. Sure, I won’t argue with the distance, but my advice is to allow yourself a whole day to drive there. My fingernails were gouged into the dash more times than I liked, as our rented Motorhome repeatedly roared down in the gears entering another hairpin bend. I’d gasped in more than my share of that clean air on the mountainous up, up, down, down, winding drive.

Strahan (pronounced ‘Strawn’) is a neat little harborside village located halfway along the west coast of Tasmania and well worth the undulating drive. It lies in the path of the Roaring 40s winds but escapes the full brunt being nestled on the northside of Macquarie Harbour.

Strahan is the gateway to the World Heritage-listed Franklin–Gordon Wild Rivers National Park, sitting on the edge of the Tasmanian Wilderness World Heritage Area.

Like Port Arthur, Strahan has its share of convict stories and pioneers toughing it out in the wild west of the state. Today it is a peaceful travel destination with eateries serving up local produce and artisan wares. A great place to go wild without roughing it.

A Gateway to the Wilderness

We came to Strahan for the 6 hour Gordon River cruise on the purpose-built 33.8-meter catamaran Spirit of the Wild.

Rivulets of raindrops wove their way down the expansive windows of the cabin as we took our allocated seats. Despite the grey and gloomy conditions outside, the cozy interior was bathed in natural light as we motored across Macquarie Harbour.

The first point of interest was the notoriously narrow and dangerous entrance to the harbor known as ‘Hell’s Gate.’ The convicts feared they were entering hell if they’d been sentenced to serve their time on the nearby Sarah Island penal settlement.

A feature of the Spirit of the Wild is the unique hybrid propulsion system. The Captain shut off the diesel engines and switched over to electric motors as we entered the mouth of the Gordon River. This made for a whisper-quiet, unforgettably immersive experience in this breath-giving wilderness.

We watched in awe from the upper viewing deck as we glided across the calm and reflective, tannin saturated river. Mist wafted up from the trees, safe in the arms of Mother Nature and never touched by man. I closed my eyes and breathed deeply, filling my lungs with this top-shelf air.

Before our chef-prepared lunch, we tied up at Heritage Landing for a short walking tour conducted by the onboard guides. Timber walkways kept us off the damp rainforest floor as we learned about the second tallest tree in the world, which only grows in South West Tasmania.

The Huon Pine can live up to 2,500 years and grows at one millimeter of girth per year, and it only begins to reproduce at 600 – 800 years of age. It was the timber of choice by pioneer boat builders. The high oil content renders it impervious to insects, makes it waterproof, and can be bent shaped, worked, and carved without splitting.

Wind gusts blew with force as our Captain tied up at the mooring on Sarah Island to begin the next short walking tour. Those foolish enough to step off the boat with an umbrella soon found it turned inside out, the colored fabric flapping separately to the wireframe.

The rain held off long enough for us to be captivated by our animated guide’s down and dirty insight into convict life as we strolled among the ruins on this tiny island.

Chubby seals laying on the floating ring of a salmon farm turned their sleepy heads toward us at the sound of our boat motoring past returning to port. They were no doubt taking a break from the “All You Can Eat Buffet” or, as we call it, “A Cage of Defenceless Farmed Salmon” – at one of the many aquaculture operations in the harbor.

Cradle Mountain, another Tasmanian Wilderness World Heritage Area, is a two-hour drive North East of Strahan and definitely somewhere to get your fix of clean air.

The best way is to take a hike on some of the twenty self-guided walking tracks around Cradle Mountain and Dove Lake, ranging from twenty minutes to nine hours in duration. Detailed maps and a Parks Pass can be purchased at the Cradle Mountain Visitor Centre.

A Parks Pass is required for entry and includes the shuttle bus that runs in and out of the National Park every 15 minutes.

Rugged up with rain jackets, scarfs, woolen beanies, and gloves, we braved the cold wind for a couple of hours hiking the six-kilometer circuit walk around Dove Lake. When the sun snuck through the low cloud, pockets of residual snow gleamed shiny and bright on the backdrop of Cradle Mountain.

Those moments gave a brief hope of a warmer day, but in these alpine regions, you need to be prepared for anything. Even in the summer months, the weather can be ever-changing.

The area is synonymous with nature and pristine wilderness. Suppose a sighting of some of Australia’s unique wildlife is on your list. You’re very likely to see wombats, echidna, quolls, Tasmanian Devils, and platypus here, along with bird species found only in Tasmania.

Tasmania: In the land of the pure

The crisp, clean air and water are the lifeline of Tasmania’s world-class products. There’s an abundance of seafood, including oysters, crayfish, abalone, and salmon. Endless fields grow delicious vegetables and fruits; everything that tempts your palate. Beautiful cool climate wines, single malt whiskey, gin, cider, and beer are some of the liquid treasures produced here in the world’s best-kept secret destination.

I invite you to join me on the edge of the world, staring out to the horizon, and take one deep breath of the world’s cleanest air – It’s Breathgivingly beautiful and may even add years to your life. 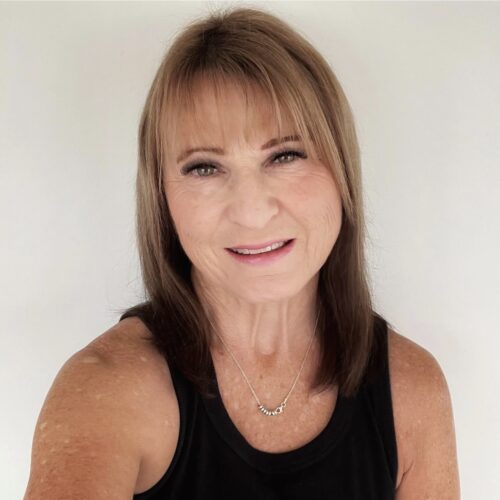 Marie Kimber is a Travel Writer, Author & Educator. She lives on the beach adjacent to the McLaren Vale Wine Region in South Australia. She is passionate about sharing her destinations and love of food, wine, and people with the world. You’ll find her at mariekimber.com and on Instagram @earthaccordingtomarz