An island state of Australia, At 26,200 square miles, Tasmania is roughly the size of Sri Lanka, and hangs off south-eastern Australia rather like Sri Lanka hangs off the south of the Indian sub-continent.

Though legally part of Oz, it is often thought of by visitors — and occasional residents — as a separate country.

Some travel guides feel it necessary to point out that the language spoken by Tasmanians is English and that the currency used is the Australian dollar.

A great number of jokes, most of them quite unfunny, are made by Australian mainlanders about Tasmanians. The latter are also beginning to joke about the place since many of them have left following a downturn in the local economy several years ago.

The slack was not taken up completely by a greater emphasis on tourism, with the result that Tasmania has a declining population (about 518,000 at present) and a higher unemployment rate than any other Australian state.

Tasmania is sufficiently different from most Australian mainland states to justify a visit in its own right. It enjoys four distinct seasons, has remarkable scenery, both in the interior and on the coasts, and a variety of vegetation and wildlife that distinguish it from many other parts of the continental mainland

Tasmania’s summer (December-February) can be unpleasantly warm and brings the possibility of forest fires. Spring (September-November) and autumn (March-May), with their milder temperatures, are far preferable seasons to visit. Although the state receives few visitors during its winter (June-August), this can be a rewarding time, with fewer vehicles on the roads and better prices in the hotels and guesthouses. The winter weather is very variable. Snow may fall in various parts, including Hobart.

By Air
The majority of visitors fly into Tasmania from cities on the Australian mainland, especially Sydney, Melbourne, and Adelaide. There are also services to the capital, Hobart, from Christchurch in New Zealand.

By Sea
A well-equipped overnight passenger and vehicle ferry service also operates between Melbourne and Devonport on Tasmania’s north coast. The Bass Strait, the body of water separating the two, can be rough at times.

Tasmania is, by Australian standards of distance, relatively small, although distances are greater than they may first appear. Once there, mobility is easy enough. Tasmania no longer has a viable rail system, but it does have a good road network and cars may be rented at a number of locations, including most airports and towns. Bicycling appeals only to the exceptionally fit. City and inter-city buses maintain fairly regular schedules, especially in the north and east of the state.

Road conditions are generally good, but extra care should be taken driving in the winter. Driving is on the left of the road, in common with the rest of Australia.

The island state has its own collection of smaller islands, best known of which are Bruny, King, and Flinders. The latter two are in the Bass Strait and access to them is usually by small aircraft. Both produce superb dairy products — King Island cheeses are mouth-watering — and support large numbers of wildlife, especially birds. Bruny is more easily accessible, by ferry from the east coast town of Kettering. All have become fairly popular with visitors, but numbers are most unlikely to become vast.

Tasmania’s appeal is based largely on its natural heritage. There are few human-made wonders to be seen: no opera houses, and not many tall buildings, even in the state capital, Hobart.

Most visitors head sooner or later to Port Arthur, south of Hobart, and the 19th-century site of one of the worst of Australia’s penal settlements. It is now a UN World Heritage Site. Many of the ruined buildings remain and are given an even more chilling quality by memories of the massacre that took place here on April 1996, when a crazed gunman opened fire on a crowd of tourists and workers, killing 35.

There is a simple memorial to the tragedy. Most bus tours stop at Port Arthur for only a short time, but the interested visitor can easily spend a couple of days. There is a variety of accommodation, stunning scenery, and good walks in the neighborhood.

In Lake St. Clair National Park, in the north-west of the state, is one of a number of natural sites that are world heritage listed. The Cradle Mountain and Lake St. Clair National Park are also the most accessible for visitors and have accommodation facilities and wonderful hiking trails. Cradle Mountain can be reached by bus from a number of towns on the north coast.

In the very rugged southwest of the state, this park attracts wilderness enthusiasts who favor a touch of danger in their leisure time. The desolate landscape around Queenstown is a result of mining and the deforestation and pollution associated with it. The mining has all but ceased, but the town and the weird landscape have become off-beat attractions for visitors.

Hiking and trekking are favorite activities. Local guides and tours are available for all national parks and wildlife areas. Most visitors take in at least one wildlife sanctuary, at which the star attraction is usually the small but ferocious-looking Tasmanian Devil, a small carnivorous marsupial with a voracious appetite. Wallabies (smaller cousins to kangaroos), and wombats as well as a variety of distinctive birds may also be seen. One such sanctuary, 30 minutes from Hobart, is the Bonorong Park Wildlife Center (Tel: 61 3 6268 1184).

You can also view the elusive Tasmanian devil in its own habitat at the Tasmanian Devil Unzoo, where pods stick up from underground that gives you a first-hand view of the creatures. It’s located at Port Arthur, near Hobart.

A ferry ride on Hobart’s harbor is a pleasant, low-key experience. The view from Mt Wellington, which overlooks the city and the bay, is worth the drive up (weather permitting) and there are also walking trails.

Tasmania’s vaguely British quality encourages comparison with New Zealand, and its older pubs reinforce the similarities. There is a fondness in the Australasian region for “Irish” pubs and some atmospheric examples can be found in Hobart, including The New Sydney Hotel (Bathurst St.) and Maloney’s (Argyle and Macquarie Sts)

There is a generous supply of accommodation throughout Tasmania. The tourists never seem to be there in the numbers expected. Prices vary considerably with the seasons. Accommodation costs can be as much as 50 percent lower in winter than in summer, although the weather is not necessarily bad or even very cold, just variable.

Hobart’s lodgings vary from “cute as a button” B&Bs (there are at least 50, most of them in the Battery Point historic area close to town), to the glitzy Wrest Point Hotel/Casino (410 Sandy Bay Rd, Sandy Bay, Tasmania 7005, Australia, Tel: 61-3-6225-0112), one of the wonders of the southern hemisphere when first constructed and still popular with overseas visitors. The historic Lenna of Hobart (Runnymede St, Battery Point, Tel: 61-3-6232-3900) is an attractive alternative.

For visitors with wheels, there are motels of varying quality in every town and some with very attractive settings along the east coast. The west (weather) coast, which gets the Roaring Forties gales at certain times (and the accompanying rain), has fewer options, but the small town of Strahan has a couple of accommodation gems for travelers who make it this far.

Both of these lodges are very popular with both casual walkers and serious hikers. In common with other parts of Australia, there is an abundance of camping and caravan (trailer) parks spread throughout the state.

Tasmania produces some of Australia’s best seafood, dairy products (cheeses, especially), and fruit. The state’s wine industry is growing at a rapid pace and the cooler climate and difference in soil types add individuality to the wine varieties. White wines, especially, taste more like those of New Zealand than mainland Australia. Local seafood, including the renowned Tasmanian scallops and lobsters, can be enjoyed at a number of locations.

Because of its somewhat off-track nature, Tasmania misses out on the large-scale entertainment that metropolitan mainlanders enjoy.

Increasing costs mean that Wrest Point Hotel/Casino no longer books the big names which once appeared there, although it is still fairly lively.

Most other entertainment is fairly low-key. Local pubs are the best bet for music. If you happen to catch a festival, you’ll be in for a treat, as normally reserved Tasmanians enjoy a good party.

The internationally known Sydney-Hobart Yacht Race takes place every year between Boxing Day and January 2nd. For yachties and groupies waiting for their ship to come in, this is the best way to celebrate the New Year.

In Hobart, the Salamanca Place markets every Saturday are renowned and provide almost as much visual entertainment as shopping opportunities. Handcrafted jewelry and specialty clothing are good buys.

In the same vicinity, and acting as an opulent backdrop to the markets, are a number of galleries selling the works of more ambitious (if the prices are indicative) artists and artisans. There are also several restaurants in the immediate area. A good morning’s outing all around.

Elsewhere in the state, timber crafts are distinctive, though hardly bargains. The west coast town of Strahan has a large workshop producing woodenware.

Other than an Australian Visa — and contrary to the lame jokes about the place — no special visa is needed for entry into Tasmania.

No special health precautions are required. With the exception of port areas, Tassie is safe. However, normal travel precautions should apply.

Drivers should watch carefully for wild animals (and penguins) on the country roads, especially at night, as most of Australia’s animals are nocturnal. The roadkill of animals throughout Australia is quite fearsome, with koalas, wallabies, possums, and wombats being regularly slaughtered by indifferent motorists.

Tasmania’s wombats — largish, slow-moving, furry animals — seem especially vulnerable. Quite recently I counted seven of the unfortunate creatures on one relatively short stretch of road. One solution is to drive during the day: the wonderful scenery is more visible that way!

The currency is the Australian dollar, and banks and ATMs are located in Hobart and in smaller cities. Tasmania’s communications and media are sophisticated with a full range of telecommunication and postal services. The International dialing code is 61 (for Australia) then 3 (for Tasmania). A wide range of newspapers and magazines, from both the mainland and overseas, is available, as are local and mainland TV and radio services. The state’s best-known newspaper is the Hobart Mercury, a daily. 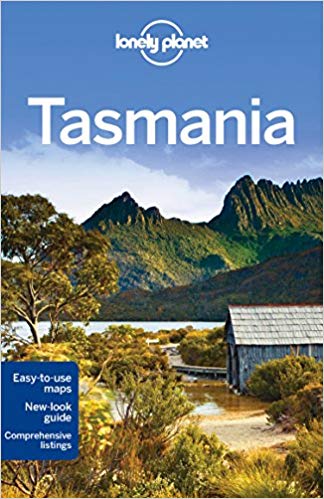 BEST RESOURCES
Tourism Tasmania’s website
tourism.tas.gov.au
A little on the thin side, given the importance placed upon tourism by the state government.

A number of more specialized guides, particularly to the wild areas, are available in Tasmania itself.