Cádiz is home to undeveloped beaches, Roman ruins, white hilltop villages, the only Sherry and Manzanilla wine regions on earth, and several enormous mountain ranges, yet most people don’t think to include the province and its Costa de la Luz in their vacation plans because they think it’s too expensive.

But this rich and varied region  —  whose history includes Phoenician settlements, Punic colonies, and Roman cities all interlaced and superimposed one upon the other —  deserves to be considered for a retirement home because it’s incredibly interesting, the people are warm and welcoming, and the cost of living is very low.

This is the land beyond the Pillars of Hercules  —  where non plus ultra was the sailor’s warning: nothing further beyond.

Cádiz Province, with about 1.2 million people in total, is much less populated and much less known than its more famous neighbor, Málaga Province, with its famously overdeveloped Costa del Sol and its posh party scenes in Marbella and Fuengirola.

One reason for Cádiz’s relative obscurity could be its lack of transportation infrastructure. Though easy to get around by car with virtually no traffic and well-maintained roads, its biggest airport in Jerez de la Frontera is still pretty small.

Plus, its one main high-speed train line, which connects Madrid to Cádiz via Jerez, doesn’t go anywhere else in the province. Many of its best beaches and villages are quite isolated, so they take a bit of time to get to.

Here are my recommendations for travel in the rare wonder of Cádiz Province, all 2,800 square miles (7.300km) of it, from the turquoise Atlantic with its ancient ports to mountain forests, sunflower fields, and arid high altitude olive groves.

Cádiz town, the elegant yet scruffy cultural capital of Cádiz has been occupied by humans since forever and many, many cultures have once occupied this peninsula, from Phoenicians to Romans to Tartessians.

It is thought by many historians to be the longest continually inhabited place in Europe.

This narrow spit of land is only about four blocks wide until you reach the ancient city gates and the Casco Viejo, or old quarter, which is peppered with Roman ruins, defensive forts, and grand centuries-old rubber trees that were brought here from the New World.

A beach town in the truest sense, walking around Cádiz feels like walking around on a cruise ship in mid-ocean, with fresh ocean breezes and views of the sea and bay around every corner.

The urban beach here, La Caleta, is chocked full of the eccentric locals that Cádiz is known for. A friend said that many of Cádiz’s characters could only exist here in this miniature stage set of a city, a parallel reality to the rest of the continent, connected only by a couple of bridges and a narrow spit of beach with an adjacent parkway and rail line.

I recommend La Viña, a barrio full of bars and locals, where you can get the lightly fried fish the area is known for and settle in for an afternoon of people watching.

A perfect place to stay is the Hotel Cathedral, which features spacious, modern rooms and an incredible rooftop terrace with a swimming pool that looks directly over the city’s massive cathedral, which was finished in 1838. Be sure to spend a morning at La Caleta, the city’s urban beach, and then walk up to La Viña for a long Spanish lunch at Taberna El Tio de la Tiza.

Vejer de la Frontera: a Fantasy Village on a Hill

Vejer de la Frontera is a fantasy nestled on a steep hilltop that looks out over the Atlantic and verdant agricultural and equestrian valleys below. If you noticed I slipped into the “luxury language,” that’s because Vejer forces me to do it. It’s a fancy, yet totally authentic white village that just happens to be the kind of place a utopia writer would set a short story.

Meander its narrow lanes and you’ll come across charming plazas, insanely old churches and city walls, and lovely bars and restaurants, all staffed by happy and friendly local people. Entering Vejer is like entering another world. Even the air seems sweeter up here on the hill and you get the feeling that whole lives are lived up here, unconcerned with the problems that take place down below.

To stay in the heart of it all, the Moroccan-themed La Califa Hotel and Restaurant is really cool, with style to spare and amazing lamb. Plus, Vejer is only a few miles from its hippie beach town, El Palmar, a ragtag grouping of houses that happens to have one of the best surf breaks in Andalusia and fun and healthy surf bars with great food like A-Frame.

Tarifa: Hippie Town Just Across the Straight from Morocco

Tarifa is a scruffy surf town  —  but more specifically, a kite-surf town, although there are also regular surfers and windsurfers here. It’s also a pretty epically famous hippie/hipster spot, drawing in Europeans from every corner of the continent who come for the summer to party, chill, and play in the ocean.

The literal spot where the Mediterranean meets the Atlantic, there are two types of seas here  —  the warmer, calmer Med on the left and the chillier, windier Atlantic on the right of the town’s main fort, which jets out into the water on a man-made rocky spit.

Africa looks close to Tarifa because it is  —  only 20 miles (32 km) and there are 30-minute fast ferries from Tarifa to Morocco that lend the town the rough-around-the-edges vibe that ports tend to provide. The old town center has a Moroccan feel, with new-age shops, yoga studios, and surf schools around every corner.

Staying at the Riad Tarifa will deliver the Morrocan vibes this town is known for, without ever boarding the ferry, and eating at Marrakech will complete the journey.

Olvera: an Olive Town under a Moorish Fort

When you first spot Olvera in the distance, gleaming on a hill with a giant cathedral and Moorish fort towering over that, it looks like a place conjured up for the Wizard of Oz. This could be Oz, had that story taken place in Andalusia.

The village itself is quite workaday and not touristy at all, with village essentials like a post office, grocery stores, lively bars and restaurants, and several outlets to buy local olive oil very cheaply.

Beyond the village, there’s the gateway to the Via Verde la Sierra, a 240 mile (38 km) former railway, now a walking/cycling/horse riding path that weaves and bobs through tunnels and villages on its way to Puerto Serrano. The pathway is also part of the newly established branch of the Camino de Santiago  —  The Camino de Serrano  —  which goes from Algeciras to Seville before linking up with another pathway north.

There’s only one main hotel in Olvera, which is the excellent Hotel Meson, a big old classic building with a swimming pool. The locals gather at Cerveceria Los Arbolitos for beer and Andalusian food.

Grazalema is a sweet and charming mountain village that’s set in a valley, so it gets way more rain than most of the areas around it. It’s greener and a little cooler than the rest of the Sierra de Cádiz towns.

Beyond the charms of the village, with churches, shops, and many bars and restaurants, the main reason people come to Grazalema is to hike. It’s surrounded by world-class hiking, including the reservation only Pinsapar nature reserve, a place where a very rare species of pine tree is found growing natively.

Stay at the Fuerte Grazalema just for the pool alone, or for close access to hiking in the cooler months. For a unique take on tapas, try the Gastrobar La Maroma.

Sanlucar de Barrameda is a small town or a large village of about 80,000 people that feels and looks like one of the colonial cities that the Spanish settled in South America.

Famous for its local version of dry Sherry  —  Manzanilla  —  which means “chamomile” in English, there are at least ten Manzanilla bodegas to visit, including local favorite Bodegas Borrero.

The town is set on one side of the bank of the River Guadalquivir, the river that runs through Seville, so many important expeditions have been launched from Sanlucar, including Christopher Columbus’s third voyage to the Americas. Photographed in the right way, Sanlucar could be Cuba or Ecuador, with crowded plazas, narrow streets, and ancient churches overlooked by a big stone fort.

The town is famous for its seafood, notably the Sanlucar prawns and crispy prawn cakes, which are served on a stick, and there are hundreds of restaurants from which to choose.

In the summer, there are horse races on the beach, with the river and ocean in the background. The national park Doñana, which is across the river from town, is known for hundreds of square miles of wetlands and salt flats and often hosts flamingos on holiday from Africa as well as many other rare bird species.

Even though it sounds like the town must be named after a saint “Lucas,” it’s derived from the Arab shaluqa (شلوقة), the Arabic name for the Levant wind, or the strong eastern wind that often plagues the coast of Cádiz from Tarifa to Sanlucar.

The Hotel Guadalquivir has a 360-degree view of the town, river, ocean, and national park. You can’t go wrong with the seafood in this town, but Trasiego is especially good.

A place being very Game of Thrones is thrown around a lot since the landmark drama had its finale on HBO, but this village, perched precariously on a mesa and surrounded by ancient walls and guarded by gates, is pure GOT.

But once you climb the hill and infiltrate the castle walls, instead of finding warring dragons and scheming queens inside, you’ll find a quaint village with narrow streets lined with very old buildings, softened by flowers, bougainvillea, the soothing sound of fountains, and the clink and clank of quiet sidewalk cafes like GastroKook, which makes positively weird cakes and excellent coffee.

Stay in the old town atop the rock in the 13th century Castle de Castellar by Tugasa.

Setenil de las Bodegas is a small village that they could shoot a live-action version of The Flintstones in. With narrow streets built into cliffs and caves, there are whole sections of town that are covered from the sun, with shops, bars, and restaurants housed in literal caves in the rock face.

Most people come to the village, walk around for a bit, and then settle into one of the bars or restaurants, like Bar Frasquito under the cliff, and have a couple of beers and some tapas, listening to the gentle trickle of the stream below. It makes for a very chill day and it’s only 20 minutes from Ronda in nearby Málaga Province.

Stay in a local AirBnB for real local flavor or at the Hotel Setenil for views over the town. 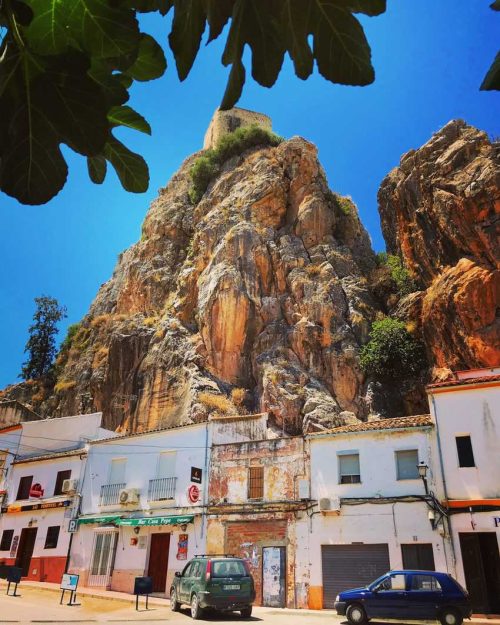 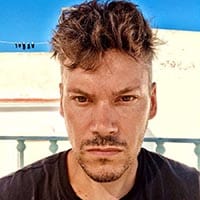 Blair Mastbaum is a writer and enthusiast currently stationed in Andalusia, working on travel, culture, language, food & drink and change. Follow his Instagram.