Horsing around on Delaware’s Henlopen Peninsula in November 2020

News of the 2020 election results last month catapulted this author’s mood from dour to delirious.   It was time to celebrate, not just the win, but also a birthday or two.   I earmarked the occasion with a 3-night stay oceanside in the beautiful blue progressive state of Delaware.

My mate and I dropped anchor in historic Lewes with just a little over one tank of gas to get there from Albany NY.  Biking, hiking, maybe even swimming, were secondary.

I was on a mission to immerse myself in Lewes and, if time permitted, Rehoboth — areas that my favorite candidate calls a second home.

Upon arriving, George, the quintessential accessorizer, broke out his own pair of signature aviator glasses and wheeled his e-bike into starting position. Time to explore!

First Town in the First State

The “First Town in The First State,” Lewes earned the motto long after the Dutch settled here in 1631.  Caesar Rodney, the delegate from Delaware, was the first to sign the Declaration of Independence in 1776 giving the state the title of “The First State”.

The town takes great pride in preserving its rich nautical heritage by highlighting every scrap of land where important history happened. 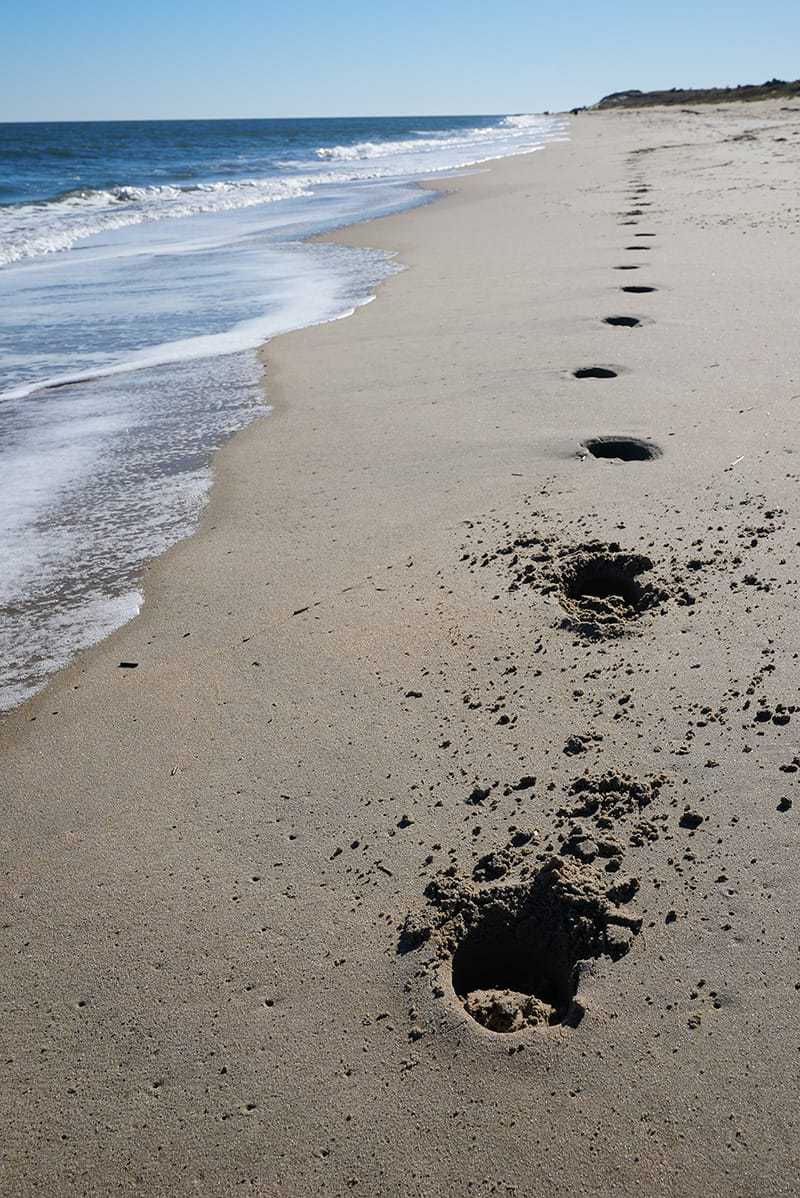 Our digs at the Dogfish Inn were kitty-corner from the Canalfront Park,  some friends from Wilmington would park there and meet up with us later.  George and I biked around to get a lay of the land.

We quickly dismounted to read about heroic stories of seafaring rescues and pirate ships.   Interpretive signs posted on the boardwalk and throughout town described its’ rich history.

We gazed upon the majestic red Overfalls Lightship – one of only 9 moored vessels in the U.S. that once helped ships navigate the Atlantic.  The ship had been recently restored to its original grandeur.

Because of COVID, tours remained closed but, no matter what, we got a good idea of what harbor life must have been like from the Life-Saving Station, the Net House, and the fishing pier.

We walked our bikes past the Cannonball House, a maritime museum so-called for the scars it bears from an infamous British bombardment during the War of 1812.

Cemeteries, graves, legends, and landmarks:  I was told that the Lewes Historical Society is to credit for the charm and appeal of this pristine part of the peninsula.

Everywhere we went we saw campaign-like signs with the words “Love Comma Lewes” blanketed in yards, on windows, and hanging off light poles.  The branding started over the summer by the Chamber of Commerce to help boost an economy hurt by COVID.

Ritzert and his twin pups had rounded the corner onto Pilottown Road/Front Street along the canal when he saw me taking photos of the Maull House.

“Bike down to the end, to Roosevelt Inlet and watch the sunset over the marsh,” he said, “but, please, wear your bike helmet,” he advised. (Tim serves on the Bicycle Advisory Committee).   Sheepishly, I admitted that I was so excited to be in Biden Country, I left it at the Inn.

Basecamp was at a pet-friendly, motel-rehabbed Inn inspired by the beer of the same name called the Dogfish Inn.  I was instantly enamored by the offbeat, hipster charm of the place.

George needed to sustain his energy to keep up with me so while he refueled with our room’s personal coffee drip maker and fresh ground beans, I met up with off-centered innkeeper, Andrew Greeley.

Greeley was super stoked (his word, not mine) to show off his pride and joy.  He kicked the tour into high gear alongside a gnarly Cowboy Cauldron where acoustic players and s’more lovers alike congregate.

“I can’t tell you how many visitors end up bonding while telling tales around this firepit. Some even return the next year at the same time hoping to meet up with the same folks,” said Greeley.

The seduction continued with a tour of the rooms.   Above each bed hung a curated music poster, signed and numbered by the artist, one of them of Modest Mouse etched by one of my favorite illustrators, Jim Mazza.

The Inn sits at the cultural intersection of music, art, and sport.  Music because Dogfish is the official brewery of Record Store Day (They display mini turntables to prove it).

Art because nobody knows how to decorate for hospitality better than Brooklyn-based designer, Studio Tack.   (Obscure fact:  Studio Tack also designed the exclusive Brentwood Inn in Saratoga Springs).  And, sport because the lobby’s “bottomless” Yeti cooler comes equipped with every rad piece of gear you can think of: trekking poles, hammocks, headlamps, and more.

Citing the company’s rallying cry “Mother Nature, Let’s Do This!” Greeley swipes the Adventure Map from the desk reminding me that founder Sam Calagione encourages guests to get out and enjoy coastal Delaware every chance they get.

On the last night, George and I were treated to tap samples at the Dogfish Head Tasting Room and Kitchen in nearby Milton followed by seared tuna tacos at Brewings & Eats in Rehoboth. We were nourished to the gills!

We ate outside in front of the octopus art but the restaurant takes reservations inside until 30% capacity is reached.  That and more safety measures are in place for your protection.

For dessert, a rare opportunity to listen to stage singer, John Gilbride, hum a few tunes.  A live performance, what a special treat!

Twenty-four hours after mine, Joe Biden was celebrating his own birthday.  I hoped it would be somewhere tranquil on the Henlopen Peninsula which we set out to explore on Friday.   I warmed up my singing vocals, just in case.

Biden’s big, beautiful beach house backs up onto the 5000-acre Delaware State Park.   Nature is no doubt a source of the president-elect’s energy and affability.  He was recently seen biking with his wife, Jill, a few days earlier, so maybe, just maybe, he’d be there again, gathering strength and shedding stress.

We started our appreciation for the Henlopen State Park with a tour of Fort Miles.  Lying amidst rolling sand dunes, Battery 519 was once a World War II coastal defense site.  I booked a guided tour with an advance reservation.

We followed an enlightened young docent down a long hollow chamber of military secrets, built-in 1941 to stem the tide of war against German invasion along the Atlantic seaboard.

The place kind of reminded me of the underground facility known as The Loop in the sci-fi show on Prime.

If walls could speak the vacant space would resonate with classified information and gun powder.  It was disorienting but captivating.

Henlopen includes the beginning stretch of the American Discovery Trail (ADT), the nation’s first coast-to-coast,  non-motorized recreational trail.   That fun fact was a bonus as we rode past iconic towers, lighthouses, and artillery guns.

The flat, loose sandy surface was ideal for the e-bike, not so much for my road bike.  George inflated my bike tires more than once.

We circled around to the inner breakwater where kayaks trolled for tautog and horseback riders cooled off in the shallow tide.   This was called Point Overlook and George surprised me by kicking off his socks to revel in the surf.

His youthful vitality was short-lived.  No sooner did he step onto a thorny seed pod and that was that.  I’m not sure where they came from but they litter the beach so be careful.

Still, Point Overlook was such a great place to gawk at birds, dolphins, and seals from afar.  A pair of four-legged friends walked gracefully at my camera, perfectly silhouetted against the backdrop of the East End Lighthouse.

In the spring this beach goes through a strange horseshoe crab spawning phenomenon.  We sidestepped the leftover carcasses scattered about on the beach.

The West End Lighthouse no longer helps guide vessels through the treacherous bay waters but the two stone barriers form a safe harbor for fishing.   It was here that I asked Chris Bason what was in his pail.

“A delicacy called the tautog is what I’m after today,” he said.  He and his buddy usually catch the seasonal favorite in these waters.

Tautog is a fish that few restaurants serve (even Matt’s Fish Camp in Tenley Court, Rehoboth were out) so solo anglers like Bason have to hunt for it.

The tricky species swims near the bottom of the sea where shipwrecks and reefs make it hard to snag one.   This photo showcases the 7 lb trophy tautog that Bason’s buddy Ed caught with the first cast of the day.  The score was made by the lighthouse on the inner wall, but, shhh, don’t tell anyone!

While Biden is known to indulge in table eats throughout Rehoboth we were treated to one of Lewes’s finest: Heirloom.

The upscale restaurant is where James Beard nominee, Chef Matthew Kern, cooks up an evolving menu foraged in his own backyard.

There are also familiar ingredients on the menu – some sourced from our neck of the woods – like seared foie gras from the Hudson Valley and sorghum glazed pork chops from the Berkshires.

It only took us five hours and a full tank of unleaded to exodus Albany and begin our alternate reality in earnest on the Delmarva Peninsula.  The drive was just far enough to evade an upstate cold front and close enough to feel safe from COVID criticism.  The sand-dune-swept state was the fairytale I least expected.  I’m already dreaming of a return trip next year.

Ultimately, my Biden paparazzi planning turned up squat.  I didn’t get to sing “Happy Birthday” to my new favorite folksy straight-talker but I did ogle his unassuming beach house more than once.  I sure hope this selfie is far enough away to dodge any presence of the secret service!

The ferry ride home via Cape May gave me time to reflect on 50 years in this great country while breathing a sigh of relief for the next four during the Biden presidency.