1000 Places to See Before You Die: A Travel Cheat-Sheet

When 1,000 Places to See Before You Die was first published in 2003, it pioneered the concept of the travel book as both wish list and practical guide, inventing what we now know as bucket list travel and becoming the world’s bestselling travel book of all time with more than 3.5 million copies in print. 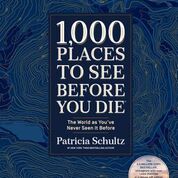 Now, in 1,000 Places to See Before You Die (Deluxe Edition): The World as You’ve Never Seen It Before, author Patricia Schultz has transformed her bestselling franchise into an illustrated masterpiece.

Iconic and oversize, weighing in at over six pounds with over 1,000 color photographs and 544 pages, the book is designed to be a mesmerizing showcase of the best the world has to offer, inspiring joy, curiosity, and awe in every traveler and in any dreamer whose Instagram feed is filled with pictures of places near and far.

While retaining the scope of Schultz’s vision and journalistic authority, this deluxe edition has been totally reconceived for the photographic format and features 100% new material. Whereas the original book included practical information such as where to stay and dine, this new book focuses on immersing the reader in gorgeous scenery—Patricia personally chose more than 1,000 color photos to express what it’s like to visit each location—and shares the must-do activities and must-visit sites for every destination.

From the Metéora of Greece to the Mergui Archipelago of Myanmar and 998 other places across the planet, the deluxe edition of 1,000 PLACES TO SEE BEFORE YOU DIE is a transporting read for travelers and armchair travelers of all ages.

Thailand is blessed with a bevy of beach-fringed islands—each distinct from the next. Phuket(right) and Samui were some of the original Thai sensations to arrive on the scene in the 1970s, followed by Koh Phi Phi Leh (and the larger Koh Phi Phi Don; Koh means “island”) when it was used as the setting for The Beach, starring Leonardo DiCaprio.

Those islands originally known for inexpensive digs and full-moon parties have grown up and now boast beaches lined with exclusive resorts and first-class spas, although others have retained something of their early kick-back vibe. Those with airports (Phuket, Samui) facilitate travel time, while many can be reached via ferry from Krabi or Samui. However you arrive, you most likely won’t want to leave.

The backpacker brigade first stumbled upon Koh Samui in the 1970s and the island changed considerably once word got out. An airport was built in 1989, and Western tourists, drawn by talk of dazzling beaches, started to frequent a growing number of upscale hotels.

Nestled on the west coast is the Inter-Continental Samui Baan Tailing Ngam Resort, which opened during Koh Samui’s pre-airport days on some of the island’s best real estate and is still the island’s ritziest property (its privileged with great sunsets). From its terraced guest rooms and seven pools, the resort offers uncommonly lovely views of some of the small islands and jungle-clad outcroppings scattered across the Gulf of Thailand.

They are part of the Ang Thong Nationa Marine Park, a popular destination for world-class diving and snorkeling that encompasses 42 islands. The largest uninhabited key, Koh Pha Ngan (7 miles north and accessible by daily boat runs), continues to draw budget travelers and scuba lovers the way Samui once did, though it’s also showing signs of a more upmarket future.

Long sweeps of white beaches encircle Koh Samui, while the middle of the island remains dense with coconut plantations. Coconuts were once a mainstay of the local economy when 2 million fruits were shipped to Bangkok every month. The trade is now greatly reduced, but the coconut is still used widely in Koh Samui’s increasingly sophisticated restaurants.

Koh Pha Ngan is still the place for partygoers, but a low-key vibe can still be found on the other side of the island 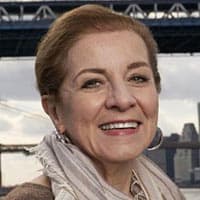