Mystical Places, from Hades to the Cave of Vlyhada 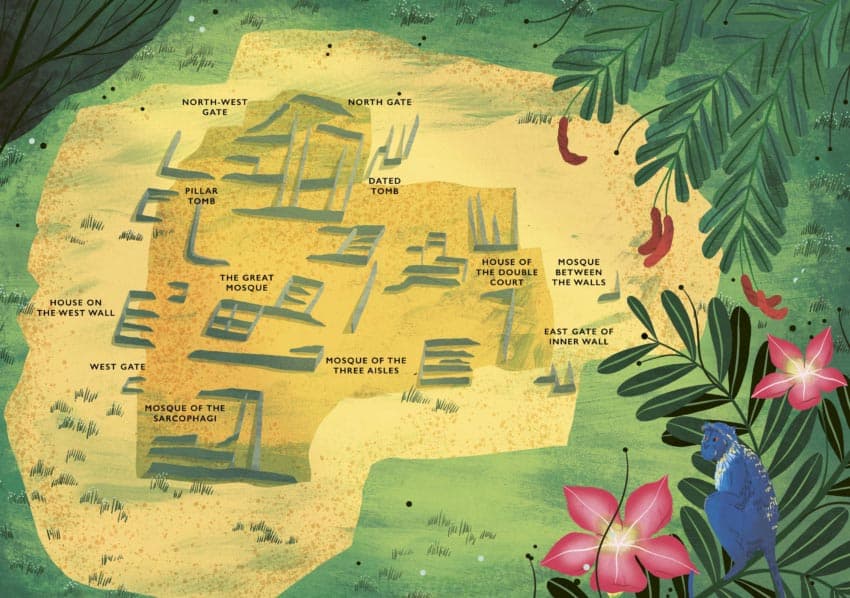 Discover 25 Mystical Destinations From Around the Globe

Discover the history and geography of each site and learn their most significant and spellbinding stories, with suggestions of features to look out for and information on ceremonies.

Filled with beautifully bewitching illustrations by Amy Grimes, this guide aims to transport you, in the comfort of your own armchair, to sacred and mystical spots, digging into their legends and evoking their supernatural essence.

Seeking a transcendent travel experience? Take a magical pilgrimage to Alfaborg, the City of Elves; marvel at the otherworldly splendor of Xanadu, the heart of a lost dynasty; and discover the gateway to the afterlife in the Alepotrypa Cave. In these pages we meet mythical kings, explore sacred summits and enchanting architecture, and find a cast of giants, ghosts, golems, and sea creatures.

Excerpt from the Mystical Places:  Explore the Classical Gateway to the Underworld 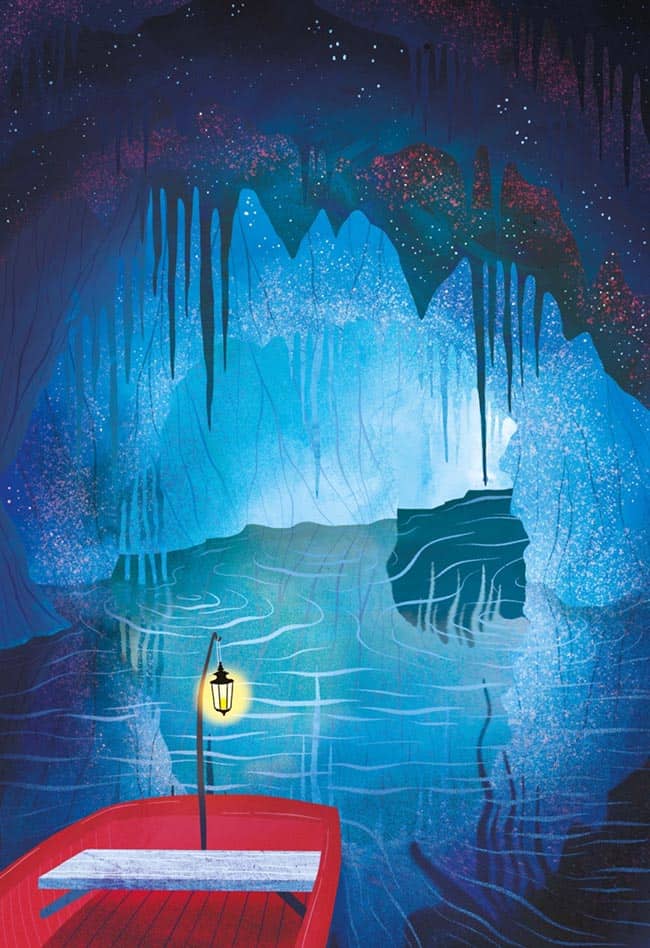 Far beneath the sun-scorched surface, the air is still, the darkness thick. The cave walls look more like wax than rock; more ooze than solid matter.

Countless stalactites dangle, like karstic bunting, draped from the cavern ceiling, sculpted slowly but spectacularly over the eons.

The only sound down here is the boatman’s paddle, which dip-drips in the water as he sculls the punt forwards like Charon on the River Styx, propelling his charges deeper and deeper into the underworld …

Kingdom of the Dead

In Greek mythology, Hades was the kingdom of the dead. The deceased would be brought to the river’s edge by the god Hermes and Charon, the aged ferryman, would take them across to the gates of hell.

Here, Kerberos, the many-headed dog, stood guard and judges waited to assess each soul: the good were sent to the Elysian Fields and the bad to Tartarus, the bowels of Hades, to be punished for their sins.

Some ancient tales place Hades beneath Cape Tainaron, the tip of the Peloponnese’s Mani Peninsula, and the southernmost point of mainland Greece. Stark, mountainous and untamed, for most of history the Mani was only accessible by sea.

Now a winding road twists around the tower-houses, through aromatic scrub and naked rock to reach the cape, where the ruined church of Asomati sits atop a former Temple of Poseidon and, just around the cove, a small cave marks the entrance to hell.

It looks inauspicious and is often filled with fishing paraphernalia, lacking much depth or fanfare. If this is the portal through which Hercules dragged Kerberos, to complete the last of his 12 labors, there are no lasting signs. The location might feel end-of-the-world, but the hellishness is certainly missing. Which is perhaps why a nearby site has staked a claim.

The whole Mani peninsula is largely limestone, which has eroded into a burrowing network of caves – convenient passages to the underworld for myth-making minds. Alepotrypa, part of the Diros cave system, is the Mani’s speleological superstar, a vast multichambered system, opening close to the seashore and measuring, it’s thought, some 15 kilometers (9 miles) long.

The largest chamber is the length of three football pitches, filled with a freshwater lake. Alepotrypa means ‘fox hole’. The old wives’ tale goes that in the 1950s a man was hunting foxes with his dog, and when the dog went through a gap, the man followed and found the cave. Maybe, maybe not. But however it occurred, it was a huge discovery.

Alepotrypa is one of the earliest known inhabited sites in the southern Peloponnese and one of the largest known Neolithic burial sites in Europe.

Evidence of human activity and mortuary practices here date from 6000 B.C. to around 3200 B.C., when the site was abandoned after a cataclysmic earthquake caused the entrance to collapse – possibly burying the inhabitants alive.

Communities of up to 100 people are thought to have lived inside the cave; archaeologists have found everyday items such as pots, hand axes and grindstones, plus decorative and ceremonial pieces like stone beads, silver jewelry and clay figurines.

And they’ve found bones – lots of bones: fossilized panthers, hyenas, lions, and hippos as well as at least 170 different human skeletons, which may have been the root of the area’s historic link to Hades.

Alepotrypa was being used up until the Bronze Age when ideas about the Greek heroic era were beginning to form.

This ready-made underworld, with its vastness and darkness, its subterranean rivers, and its millennia of burial heritage, was a preexisting Hades.

Archaeologists suggest that the cultural memory of this Neolithic grave cave might have been a source of the Greek fascination with the underworld, leading to the later link between nearby Tainaron and Hades.

The Diros Cave of Vlyhada

Today, chilling boat trips wend through the Diros cave of Vlyhada, gliding through tunnels so narrow you need to duck and into caverns that open up like cathedrals, festooned with exquisite formations of sparkling rock. At the end of the ride, there’s a glimpse into enormous Alepotrypa: you can take a short walk into a place once full of life, but now forever linked with death.

To learn more about the Alepotrypa Cave and more of the world’s most wonder-filled sites, pick up a copy of Sarah Baxter’s new book, Part of the Inspired Traveller’s Guide series, each book offers readers a fascinating, informative and charmingly illustrated guide to must-visit destinations around the globe. Other books in the series include Spiritual Places, Literary Places, Hidden Places, and an upcoming publication, Artistic Places.

Sarah Baxter grew up in Norfolk, England, and now lives in Bath. Her passion for travel and the great outdoors saw her traverse Asia, Australia, New Zealand, and the United States before settling into a writing career.

She was Associate Editor of Wanderlust magazine, the bible for independent-minded travelers, for more than ten years and has also written extensively on travel for a diverse range of other publications, including The Guardian, the Telegraph, and the Independent newspapers.

Sarah has also contributed to more than a dozen Lonely Planet guidebooks.

Amy Grimes is an illustrator based in London. Drawing inspiration from nature and the natural world, Amy’s work often features bright and bold illustrated motifs, floral icons, and leafy landscapes. As well as working on commissioned illustrations, Amy also sells prints, textiles, and stationery under the brand of Hello Grimes.