David Rich: The Monkey on My Back to See it All 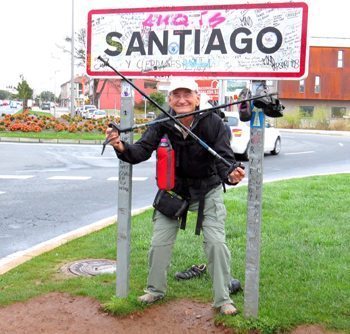 RV the World by David Rich

David Rich has been just about everywhere.  After seventeen years of travel around the world in an RV, he wrote a book about it…with good advice for travelers and a wealth of anecdotes gleaned from life on the road.

In the second edition of RV the World first published in 2009, Rich updates his book and adds more recent adventures. For anyone who is considering an RV life, this is a good book to read first.

Excerpt from the Book: In the Beginning

My earliest vivid memory is of a photo from an old geography book: Vesuvius in full-color eruption spewing fluorescent orange magma, torching rich Romans in Pompeii. This hit me between the eyes. Whoa. I really had to see that in person. What six-year-old wouldn’t?

I could never kick this early memory, which evolved into a dream of seeing the world, the whole lot of it. My earliest ambition was finding the world’s most fabulous volcanoes, my curiosity spurred by schoolteacher parents with a passion for travel and geography. I inherited a travel addiction, doomed to see the entire world or die trying.

I nagged my long-suffering parents to drive down every road,reasoning that we might stumble across Vesuvius anywhere. Humoring me, they drove down lots of dirt roads, many ending on the edges of deep canyons in Colorado, New Mexico, Utah, and Arizona, the Four Corners area where I grew up. 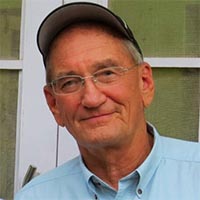 They’d brought it on themselves, infecting me with a travel-and-geography obsession, insisting in return for my see-the-end-of-every-road harassment that I learn context, all the states, their capitals, and the capital of every country on the planet. I was crushed to find Vesuvius nowhere near the Four Corners.

An outlet for itchy feet fortuitously appeared when I was teaching at the local law school. A student said, “Hey, come help me try out my new sailboat.” That day one of Arizona’s many lakes became a scene of high comedy. By 10 a.m. we finally got the pole up. I later learned it was called a mast.

Though we scooted down the lake in half an hour, downwind, it took until sunset to sail back as we cursed gods whose proper names we didn’t know—the gods of tacking, coming about, and shifting winds. I was indelibly hooked.

After a few months of torture on my friend’s Hobie Cat, including six crazy days sailing down the Mexican coast from Puerto Penasco to Bahia Kino, I finally enrolled—along with my wife, Mary—in a learn-to-sail course at the Annapolis Sailing School in San Diego. Then I tackled the advanced sailing course, which theoretically qualified me to bareboat charter.

Suddenly I wanted to sail around the world. People said, “But you live in Arizona. There’s no water, except a few ridiculous lakes.” By then everyone knew I’d gonestark raving mad—including Mary, but she gradually contracted the insatiable wanderlust encouraged by my parents.

I captained seventeen charters in Greece, Turkey, Vancouver, Belize, and most of the Bahamas and Caribbean Islands. It was my responsibility to find a proper sailing vessel (best price), set up the charter, organize disorganized friends during bouts of personal disorganization, and then, once we arrived at the destination, find water, fuel, and a likely place to moor or anchor each night. 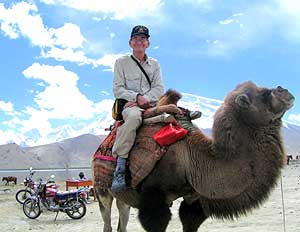 I halfway learned to sail a dozen different sailboats while my accompanying friends coughed up three hundred dollars per person for the pleasure of crewing. Aren’t friends fabulous?

The second most glorious day of my life was buying a dreamboat to sail around the world. I named her Grendel. Mary and I spent years flying on weekends from Phoenix to San Diego, putting every toy aboard, from mast steps to radar to a water maker. The big day arrived when, after saving every penny on a ten-year plan that stretched to eleven years, I sold everything and sailed Grendel out of San Diego Harbor.

It became abundantly clear that Dave and Mary sailing around the world was not exactly as it appeared in Romancing the Stone when Michael Douglas and Kathleen Turner sailed into the sunset. No, life on Grendel was more about laproblema del dia, the problem of the day, especially for someone who’d flunked gradeschool shop and was the least mechanically minded in the history of the Montezuma County public school system in Cortez, Colorado.

To sail around the world you not only need to know how to sail but also how to fix stuff—all the stuff, including mechanical and electrical— and you need the baksheesh to coax replacement parts through foreign customs.

Hollywood had done me a disservice—or perhaps, like those guys who count landing at an international airport as visiting a country, I was a dope. After a year we were still in Mexico, though far down the Pacific Coast.

The Marquesas and Tuamotus islands were next on our itinerary, and as the specter of a thirty- to forty-day ocean crossing loomed closer, I faced up to my terminal ineptness with a multi-meter and a monkey wrench, and Mary admitted to hating unending oceans. A compulsive jogger, she found the deck was too small for laps. We turned north to San Diego, where I experienced my most glorious day, selling Grendel.

By no means was this the end of my dream of seeing the world but instead the true beginning. Living on a sailboat relegated us, two non-beach persons, to the coast, though 90 percent of what there is to see is inland. We found sailing the very best way to spend time fixing stuff in exotic ports, leaving little time for exploration.

We began international RVing in 1994. That year we flew to Germany and bought an RV with the proceeds from Grendel. We lived the next three years in forty countries, spending summers in the United Kingdom, Ireland, Norway, and Scandinavia and winters in Spain, Portugal, Morocco, Italy (where I finally saw Vesuvius not erupting), Greece, Turkey, Israel, Jordan, and Egypt, plus all the countries in between.

We’ve visited hundreds of scenic spots available overnight only by tent or RV. Among our favorite experiences have been overnighting within or next to:

The week before I quit playing lawyer, several friends said they envied my plan. The brevity of life had been vividly illustrated to them. They, like me, had always treated life as if it went on forever. One guy’s brother had been diagnosed with inoperable cancer, a month before his scheduled retirement. Another’s father had prostate cancer, chose the operation, and died two weeks after retiring.

Mary’s boss had dreamed of buying an oceangoing fishing boat but kept putting it off. He needed to add to his retirement kitty. Just before we left he was diagnosed with a brain tumor and died a year later. . If we don’t do it now, the odds are we never will. Perhaps along the way you’ll find the world’s most picturesque volcano.

amzn.to/3488kUK
If this story has inspired you to travel, why not check out the prices to get there and make it happen? Search airfares, hotels, and rental cars here. Thanks!