Lima is for Lovers

Lima, Peru: The City of Love

Two Bohemian Peruvian young adults stand on a grassy section of the long cliffs which line the edge of Lima.

Beneath them is a long drop to the sea which stretches on uninterrupted for miles, framing the city. They clutch each other passionately, drawing each other in and dramatically silhouetting the landscape.

Their group of friends sits in a line facing the sea with the other scattered onlookers, barely paying attention to the couple. This passion encapsulates the vibes the booming Peruvian capital gives off.

A busy city where time seems to be of the essence, yet now and again remains caught in an infinite moment.

Lima’s intense level of static energy is reflected in the eyes of the many kinds of street dwellers who pass through or find their place amongst the turmoil.

Movement in the city never seems to cease. Taxis zoom around and families wander through the various gardens, whilst the ‘calles’ remain congested in a haze of frustrating traffic, sun, and laziness.

While you will not find respect for traffic lights in Lima, one thing the busy Limonians do have time for is love. Walking through Barranco Plaza I witness the tenderness of elderly couples expressed through dance.

On the steps of the central plaza, they waltz romantically to smooth jazz booming through gravelly speakers as tourists look on admiringly.

It’s scrawled on the walls of the city itself; graffiti hearts and heartfelt dedications, the words ‘LIMA LOVE’ in a distinct style bright against building edges, high and in clear sight of onlookers. It’s inherent in the sunsets which color the sky in a rainbow of affection.

Perhaps the most striking evidence of romance are the dozens of young couples who sit looking out onto the expansive Pacific Ocean, along with the Malecon, an extended stone esplanade.

It is almost as if they are positioned there intentionally, to decorate the city’s coast, like lego figures. The romance is inescapable, remaining in the background as a suitable backdrop to a city of color and beauty.

It’s easy to fall in love with this city if one can call it a city. Lima is almost a country in itself, comprised of several districts almost as culturally and geographically separate from one another as countries are.

From the traditional South American Jesus statue that stands upon one of the many dusty hills which encase Lima, the provinces of the city are visible, as aesthetically impressive as they are unequal.

There is a jarring juxtaposition between the rich districts lined with carefully planted palm trees and the hills of shanty towns characterized by tin roofs and clothes racks. Standing within this diversity, one sees many different lifestyles co-existing side by side within the Lima bubble.

I am reminded of the uniqueness of the individual, as well as the pressing socio-economic issues which rage within Lima every day. Above all, it’s admirable to see the way life is valued here, despite the countries very recent violent past.

After visiting this diverse city four times, and falling in love with it in more than four different ways, I found my home in Barranco. On almost every corner of Barranco is a work of art; expressions of life, the sea, ancient Incan philosophy or, of course, romance, sparking intrigue and emotion.

If the ambling surfers and hippies aren’t enough to make Barranco a hotspot of life in the day time, the humid nights draw in an even greater crowd.

Frequent street dancers emerge and find their spot, turning the dusty plaza into a dance floor of salsa, reggaeton and hip hop whilst the vacant onlookers become their audience.

Like the rest of Lima, within all the chaos and uncertainty, there occasionally emerges a unique and very special kind of harmony. 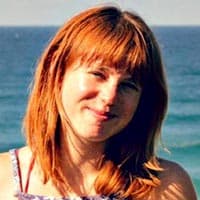 Anna Juliet Stephens was born in the south of the UK and studied at the University of Bristol. She is taking a sabbatical year to pursue research in Peru, living in Lima.