Mushroom hunters, cyclists and anyone who craves nature will love it here

To start: a brief primer on Catalonia

Catalonia — both fierce and friendly — is steeped in a cultural identity that is arguably among Europe’s deepest.

A world apart from the rest of Spain, the region is stamped with distinct identifiers: a separate language, customs, and laws.

Girona is a world-class cyclist’s playground and full of fascinating history and pretty architecture.

No wonder that Catalonia’s four provinces have long desired to break away from the rest of Spain. Catalonia may get that chance possibly on October 1, when it holds a referendum on independence — with or without Spain’s consent.

Such passion is tempered by warm and congenial people.

The best of Costa Brava and Catalonia (Catalunya in Catalan; Cataluña, Spanish) is a mere day trip away from the sophisticated yet accessible Barcelona. My recommendation: why hurry back? Spend a few nights.

The ancient walled city of Barri Vell is the optimal spot to get your bearings within highly walkable Girona. My plan (always the best) was to simply get lost, and this is the ideal city in which to do just that.

The River Onyar is a logical navigation line to use –– walk along the cobblestone streets that border the river, and dip into neighborhoods at will.

Vivid homes painted in Girona’s heritage colors (Les Cases de l’Onyar) line the river Onyar. The color scheme dates to 1980 when three artists decided to use the ancient riverbank houses as their canvas. Their work became an Instagram hit –– about thirty years later.

It’s easy to see why the homes are so popular. Reflected in the river, the scene becomes dreamlike, even ethereal. Pick a bridge, put down your cell phone camera and just look. It makes for a superb visual meditation on color, texture, and light.

A pre-modernist twist that spans the river: Pont de les Peixateries Velles, more commonly known as the Eiffel Bridge. Gustav Eiffel’s company built the structure in 1877. The span is easy to spot with its trademark red iron lattice design.

The skeletal structure (another Instagram hit) seems a precursor to Eiffel’s famous tower, finished about a dozen years later.

There are several other graceful bridges, including the sturdy Pont de Pedra, built from stone, and the Princess bridge, as thinly elegant as its name.

For a surer navigation route, you can stroll the Passeig de la Muralla, a tourist route around the old city that follows the walls, some dating to Charlemagne (most portions were restored in the 19th century, with work ongoing).

The wall-paths elevate at points, affording rooftop views of old neighborhoods and sequestered gardens –– and in the distance, the grand Pyrenees.

Towers are sliced into the edifice here and there; you can climb several of them for even wider vistas.

Girona’s social scene revolves around Independence Square, and along La Rambla de la Llibertat, lined with cafes and shops and performance artists.   Check out the flower market on Saturdays.

“The city of a thousand sieges” (every century brought new invasions), Girona is an easy mix of Arab and Jewish influences, given Spain’s Moorish conquest, and Jewish settlements have remained steadfast for six centuries.

(El Call) is among the best maintained on the continent; wander its maze of cobbled streets. The district was revitalized in the 1980s. Medieval sections were rebuilt and shopping sections added. The oldest parts of the quarter date to the 9th century, but are largely buried or destroyed.

The Museum of Jewish History is located in the quarter and hosts popular performances in its brightly lit patio. Both modern and era-specific art collections are on display.

The museum entrance is at 8 Forca Street. Admission is 4 euros, and entry is free the first Sunday of every month.

At the edge of the Jewish district, discover one reason why international cyclists favor the region: La Fabrica (the Factory) a coffeehouse and cafe.

There’s always a cyclist or two at the street tables — powered up by the cafe’s famed potent espresso, and coffee smoothed by local, fresh milk. 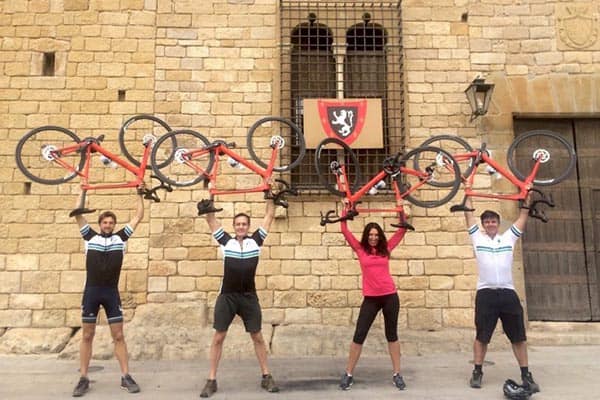 Strike up a conversation; bicyclists from any country are famously friendly. They’ll tell you tales about cycling Girona’s idyllic byways: routes ranging from

about 30 miles to the province’s capital, Orlot –– and century mile trips that edge the Costa Brava region and explore the foothills of Garrotxa, a region with 40 volcanoes (none of them active).

Further out from the city proper, the province of Girona serves up superb hiking and bicycling routes, favored by those international cyclists. Circular route tours are popular and stop at medieval villages, including Peratallada, Palau-sator, Ullastret, and Gulata.

The region’s cycling travel agency, Ciclo Turisme, is the go-to resource for both bicycling and hiking in the Girona province. Routes range in diversity: coast, mountain, and plains. Family trips are offered, or you can tailor make a trip to your preference.

Just another European cathedral? Not quite

The city of Girona’s Romanesque cathedral may seem another requisite Gothic stop, but this one harbor’s the world’s widest Gothic nave at about 72 feet wide. Cloisters glitter, and the stonework can resemble fine lace.

Look for the Tapestry of Creation (recently restored and cleaned), which in fine needlework, details the Genesis creation myth in a circular design with eight panels. It dates to the late 11th century.

During your roam through the interior, you’ll encounter dozen-plus chapels, many of them baroque.

The interior, in fact, is a bit of a jewel box (at least during high noon) with ample light streamed from domes and high circular windows. Take a seat, gaze upward and enjoy the play of blushed light. The structure was built between the 14th and 17th centuries. Pl. de la Catedral, 6. +34 972 427 189. Visiting hours and other information can be found on the cathedral’s website.

Girona hosts among Europe’s best film museums, the Museu del Cinema, launched in 1998. Interactive exhibits enable visitors to experience medieval visual devices and explore what led the Lumière Brothers to make their first films in the 1890s. Guides detail how it all began with light and shadow play –– from Chinese shadow theater all the way to talkies and the latest blockbuster.

Visit Spain’s main tourism site for travel assistance and itineraries throughout the country.

Visit the Costa Brava tourism site to explore journeys in the region, including the Pyrenees. 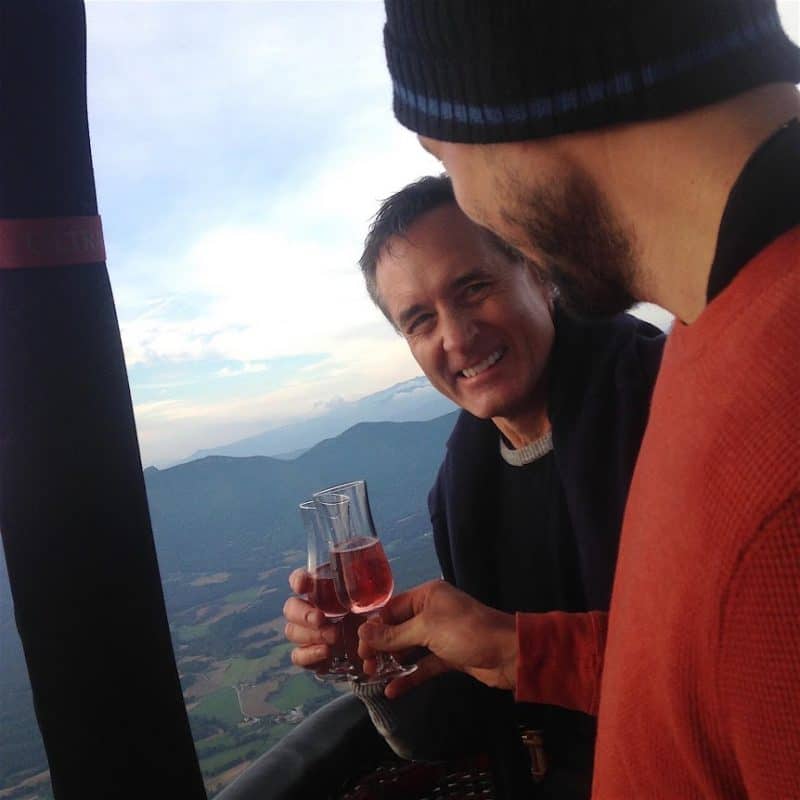 R. Daniel Foster is an award-winning filmmaker, documentarian, and writer whose articles and photographs are regularly published in the Los Angeles Times. He specializes in world culture and image. www.rdanielfoster.com