Pittsburgh is Heavenly for Art Lovers

Short Weekend Trip to Pittsburgh: The Top 5 Things to Explore

Pittsburgh is undoubtedly one of the most picturesque cities in the U.S. The city features an eye-catching mix of architectural styles, numerous sporting events throughout the year, eclectic gastronomic pleasures, and probably the largest collection of bridges anywhere (amazing structures!).

With so much to do in Steel city, what should you do during your next weekend gateway?

The city’s world-class art museums, best-rated French bakeries, and scenic funicular rides can keep you entertained for an entire weekend.

Below are the top picks of activities in Pittsburgh that are perfect to explore during your next weekend trip to Pittsburgh!

The Andy Warhol Museum carries the largest collection of Warhol’s artworks.  The museum has seven floors with each floor featuring an era in Warhol’s art career.

As you enter the museum, you are welcomed by Warhol’s iconic red couch- the original red sofa starred in Warhol’s many films.

Although the original red sofa from the 1960s was stolen when Warhol left it on the sidewalk while moving, the design of the couch at the entrance of the museum is identical design.

The Carnegie Museum of Art is Pittsburgh’s most fascinating museum. And the largest.

Van Gogh’s “Wheat Fields in a Clouded Sky” collected at the Carnegie was painted before his passing and its landscape expresses his sadness and extreme loneliness but also the immense joy of emotions, he experienced during his time with nature at Auvers.

Not to be missed is the museum’s Hall of Architecture. You will be able to admire plaster casts of some of the world’s most intriguing architectural pieces such as the famous doors from the Baptistery of St. John in Florence, Italy. 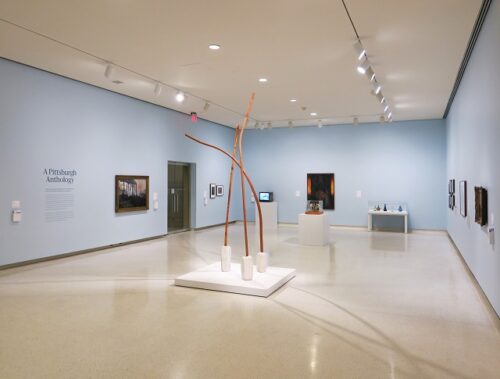 You will spend a good amount of time here just admiring this grand room filled with replicas of the Western world’s greatest relics.

Carnegie has so much to offer for art lovers and architecture fanatics. Now that I have got you excited- to visit the Carnegie Museum of Art!

Enjoy Contemporary Art and Interactive Installations at the Mattress Factory

You may wonder why the name “Mattress Factory”. Back in the day, the building was used as a showroom and warehouse for a mattress giant company and kept its original intended use name.

To say the least, the Mattress Factory is quite an unusual place, with interesting contemporary art installations that will stimulate your imagination and make your mind go places!

The Mattress Factory has quite a collection of superb interactive exhibits full of vibrant lights, interesting sounds, and visual illusions. James Turrell’s Danaë installation uses light and space to create an optical illusion. Turrell says “my work has no object, no image and no focus”.

Or the Yayoi Kusama Infinity Dots mirrored installation will dazzle with multi-colored polka dots and mirrors.

The museum is split into three different buildings with the main building and 2 annex galleries across the street.

The entrance to the main building is located at 500 Sampsonia Way, then head to the other two galleries for more exhibits!

Chiharu Shiota’s beautiful installation “Trace of Memory” is there, depicting a journey of life as it comes and its memories using objects like luggage, books, and beds.

Pittsburgh was home to 23 “inclines” (as they called it back in the day) built by miners to move coal in the mid-1800s.

As the city expanded to accommodate new residents flocking to Pittsburgh to work in commerce, inclines were used as the main source of transport for commuters going back and forth to the hills and as a form of getting goods and services up to the residents.

The Duquesne iconic incline is one of the few funiculars still left in the city and most riders ride to the top to experience the magnificent views and take the most Instagrammed photo in Pittsburgh.

We promise the views will be spectacular even on a cloudy, rainy day and with fewer crowds.

When visiting the Duquesne incline, we recommend parking at the incline’s paid parking lot located at the base of Mount Washington to get to experience the city’s views.

Once you arrive at the top station riders will be met with historical details about how the incline operates and an observation deck.

After you soaked in all the art exploring the city’s museums, it’s probably time for a coffee break.

I recommend visiting the best-rated French bakery in the city- La Gourmandine for “A True Taste of France in Pittsburgh”.

Owned by Fabien and Lisanne Moreau who were both born and raised in France and brought the traditional French bakery concept to Pittsburgh. Without a doubt, the showstopper here is Amanda Croissant!

And if you need something heartier, any of their exquisite quiches will do. (Did we say yummy!)

La Gourmandine has four locations in Pittsburgh, though we recommend their downtown location for its welcoming sit-down area and friendly service. 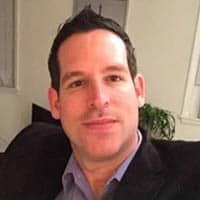 Jimmy McKenzie is a travel writer and owner of Paradise Interactive Media, a travel marketing agency specializing in the U.S., Europe, and Latin America. He is a contributor to the Everett Potter travel blog and a travel columnist for travel publications. He focuses on hotel travel reviews, destination marketing, luxury, and adventure travel.