Forget about Machu Picchu on your next trip (or even your first trip to Peru). Indeed, spend some time in the capital of Lima instead. While most people just spend a day or two in Lima on their way to another destination in the country, there is so much to see and do that a week won’t even reallyscratch the surface.

From museums to culinary to history, the culture in Lima is as old as the Incans who settled there thousands of years ago and the country ranges from desert to mountain to snowy regions all represented by the indigenous people that have migrated to the capital as well.

When visiting a city as old as Lima you can also expect to find some archeological finds unlike anywhere else in the world. For example, the Cathedral with the remains of the city’s founder still in residence four centuries later.

The National Museum of Archeology, Anthropology and History is set in an old colonial building that was once the residence of Peru’s viceroys and later became the house of its Liberators. Noted as one of Peru’s best museums you will find the Estela Raymondi and the Tello Obelisk monuments, which were two important carved stone pieces that date back almost 3000 years. There is also a large textile collection, with fabrics from the Pre-Ceramic period through the Inca Empire and a major collection of Ancient Peruvian metals.

The Larco Museum is another popular stop in Lima found in a gorgeous old Hacienda and housing the private collection of Rafael Larco Herrera. This museum actually is the largest and most complete collection of pre-Columbian artifacts and relics in the world and has about 40,000 pieces of pottery and 5,000 pieces of gold and textiles.

Food in Lima is more like a religion with a variety of seafood, jungle and Andean dishes taking center-stage. Lima is actually home to the largest number of cooking schools per capita in the world. One of the most popular dishes is the cebicherias, which is basically fresh fish marinated in key lime juice and then cooked and smothered in onions, chili peppers and salt.

Is your mouth watering yet? The Costa Verde district is one of the best areas in Lima to get a chance to really experience the gastronomy and there are also the Peruvian Creole and Andean traditions sometimes as basic as using corn, butter beans, potatoes and chili peppers.

You won’t want to leave Lima without having tried the Pisco Sour, the national drink that tastes somewhat like a margarita and a whiskey sour combined.

One of the most amazing historical sites you can visit just outside the city of Lima is the Pachacamac Oracle. The Pachacamac deity originated along the central coast, survived the Inca and Spanish Conquests and taps into the Incan mythology relating to the ancient deity, the god of fire and the offspring of the sun deity – the fountain of youth whose strength was linked to the earthquakes. The area was first settled in 200 BC, but the shrine’s construction did not begin until the rise of the Lima culture (300-400 AD), where the Urpiwachak temple was built in the western sector and the Adobitos Complex, a set of large-scale constructions featuring complex architectural techniques.

Today, the Pachacamac shrine is an archaeological zone in the department of Lima and still being unearthed in some areas.

It is considered an on-site museum and natural protected area, but tours are allowed and this site will indeed take you back into history giving you an idea of the Lurín River Valley and the central coast, the burial sites and temples. You can also see the ocean from the highest peak of one of the temples at this site.

Another major highlight and right in Lima proper is an historical center touting period architecture and many streets filled with old colonial houses adorned with Moorish-style balconies.

In the middle of this Lima neighbhorhood known as Miraflores sits an ancient pyramid or better known as an ancestral, ceremonial site dedicated to the local divinities that were worshipped way back when and even today or still being discovered in the area.

The ancient pyramid, which is typical of sacred buildings along Peru’s coast were made of mud and are still being excavated. The actual site is called Huaca Pucllana meaning shrine, and while you are there look for the famous Peruvian dog known as a Hosh. You might also see Guinea pigs and llamas in the vicinity as well.

Visit the Saint Francis of Assisi Catholic Church just two blocks from the Main Square of Lima and after descending the narrow steps you will find yourself among the remains of skeletons, skulls and bones. A mass grave, this labyrinth of subterranean galleries is home to about 20,000 dead residents from priests who lived in the city to regular folk. The custom was brought to Lima from the Roman Christians who buried their dead this way hoping for their eventual resurrection.

While in Lima, take a modern trip to what is called the Circuito Màgico del Agua del Parque de la Reserva or the highest fountain in the world. The fountain shoots a column of water 80 meters into the air and it combined with both music and lights to make the show a beautiful place to spend a romantic evening in the modern world of what Lima has to offer.

The best airline to get to Lima is TACA, which flies out of many US cities including D/FW, Los Angeles and Miami – www.taca.com

Stay at the Crowne Plaza Lima and be right in the center of the city in the Miraflores district, which is one of the best areas in Lima. Restaurants include Sumaq with local and international food and an excellent bar, Taki Bar, where you can try your first Pisco Sour.

Best Way to Tour the City:

LimaVision offers a fleet of buses and itineraries that will have you all around Lima for history or adventure and they pick you up at your hotel doorstep. The Lima Ancestral Tour is excellent as is the Lima Colonial. To book tours contact limavision@limavision.com or call 511-447-7710 or www.limavision.com.

It’s a show and dinner with every Peruvian culture represented on stage before the night is over. If you’re not sure exactly which type of Peruvian food you like, the La Dama Juana is a good place to get acclimated to the city.
www.ladamajuana.com. 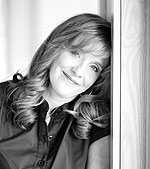 Rita Cook is a writer/editor who specializes in writing on a variety of subjects, primarily travel. With over 1000 articles to her credit in the past 10 years and seven books, Ms. Cook is also the Editor-in-Chief of The Insider Magazine and Celeb Staff Magazine. She started her career in Chicago working with well-known Sun Times Columnist Irv Kupcinet. Ms. Cook also can be heard on the radio every Sunday morning in Los Angeles on The Insider Magazine Radio Show and her feature segment “I’m Standing Here.”