Spain: Testing the Mettle of Sheepdogs

Sheepdogs Show Their Skills in Spain

The village’s thin cobbled streets and tranquil plazas bustle with luminous-clad hikers and cyclists taking early morning coffee ahead of excursions into the upper Pyrenees and to the ridgeline that demarcates the border between Spain and France.

This crisp, bright morning is the first Sunday of September and vestiges of pure white clouds cling to the pine-covered valleys that snake away in three directions.

Set out on what is probably the most picturesque municipal sports ground in the region are the trials. Three tests in the first round before the best shepherd-and-dog pairs progress to the sole test of round two: the corral.

The expectant crowd fills the large concrete steps that serve as seating and lines one side of the field.

The overspill perched on coats and throws on the grass to avoid the remaining dew. The upper echelons of the local gentry are in attendance too, and none more so than Marc Prat Arrey–Ribes de Freser’s sharply dressed mayor with his yellow ribbon, representing freedom for political prisoners, in place on his lapel.

“The competition is a tradition of the village that goes back 70 years. It is part of the heritage of our valley and was originally the day when the shepherds would come to meet each other, talk and spend the day together. The life of a shepherd requires them to spend the majority of the year alone in the mountains and thanks to the people of the village, Ribes became a reference point among sheepdog competitions,” says Mr. Prat Arrey.

“We are very proud of this competition. We are proud that the prize for the champion of Catalonia is awarded here in Ribes. We, therefore, protect this tradition because it is part of our way of life and of our history.”

The competition was founded in 1948 by Agusti Franco Franco, as attested by a brutalist statue of a shepherd, his dog, and three sheep positioned on the main road through the town. The odd disparity between the founding year and the number of editions exists due to financing issues that caused a hiatus in Ribes.

But the event lived on when local veterinarian Valenti Perpinya helped to transfer the event to Onati in the Basque country, says Jordi Vila, president of the Ribes de Freser Sheepdog Association. Legend has it that an official in the Basque village saw a report on the Ribes event on a piece of newspaper used for packaging and ever since a trial has been put on there too, but Ribes is the original, insists Mr. Vila.

This year’s event sees 14 shepherds taking part with their dogs. The competitors, in an array of dresses, ranging from Victor Garcia–in all grey, a baseball cap, blackout wrap-around shades and accompanied by his black and white border collie Enia–to the resplendent authenticity of Jose Maria Bos.

Mr. Bos is decked out with a sheepskin waistcoat along with a matching satchel, a red and green tartan draped over one shoulder, and a red folded hat perched atop his head.

His prominent features and full grey beard casting him as the archetype, but his golden diminutive companion Cuca breaks the mold.

The juxtaposition of the aforementioned competitors serves as a timely reminder of the great divide among many in the region. Like Catalans’ political tilts, the wardrobes of the contestants are unflinchingly in one camp or the other.

With the five judges in place at their desk upon a stage shaded with a green gazebo and lined with the red and yellow colors of Catalonia, the sorteo–or drawing of lots for the first phase–gets underway. The contestants congregate in front of the stage waiting for their place in the proceedings.

Once the announcement is made, the serious business gets underway. The first shepherd, leaning on his ubiquitous wooden stick, directs his dog through a curved passage of yellow flags, the judges occasionally sounding a noise to indicate their desire for the shepherd to command his dog to lie down.

The sheep make their way in fits and starts the length of the field toward the circle. The sheep run 10 or so meters before stopping to nibble some grass for a while before continuing. After some persuasion, the flock makes it to the circle and the judge’s approval is indicated by the sounding of the horn again.

All this while the shepherd has maintained his place on his podium to the right of the judges, but now he is permitted to approach the flock, looking for the ovine from which a bell clanks. Once located, it is seized–generally by a hind leg–and the bell removed and held aloft to the applause of the gathered crowd in the stands.

Now begins test three, directing the flock toward a fenced corridor through which they have to pass. There aren’t many tribulations getting the flock to the mouth of the opening, but at this point, the flock seems to wise up. Now they seem hesitant. They start circling in a whirlpool-esque fashion.

All the contestants have this same problem. Some dogs miss the odd gate in the flags or ignore the command, others are warned by the judges, “We are counting the bites,” blares over the loudspeaker after some of the dogs lunge with teeth bared at the hindquarters of the sheep. They also implore silence from the crowd after particularly significant chomps.

One shepherd´s canine bolts the field and hides under the judges’ stage, inexperienced and intimidated by the crowd. The shepherd offers his apologies to the crowd. For some the allotted six minutes expire with the flock still desperately close to the successful completion of the corridor, a handful successfully navigates it.

Six contestants make it to the second round after several minutes of deliberations and then the final task begins. Again restricted just to the podium the shepherd directs his dog to fetch the flock from the opposite end of the field before attempting to persuade the sheep into the circular corral in the center, a challenge that proves insurmountable for all but one pairing–Juli Bayot and Gandalf. The rest blighted by the infernal whirlpooling of the flock.

The judges retire for their deliberations as the crowd waits. After several long minutes the results. Once more the shepherds congregate around the stage as the results are announced. Mr. Bos winning the prize for best dressed. Controversy follows through as Mr. Bayot only places second.

Antonio Alustiza, an understated, humble man from Spain´s Navarra region, wins with his black-muzzled, golden-furred Basque sheepdog Jai. Mr. Alustiza´s superior points haul from the first round meant that despite not being able to complete the corral test, he hung on to his lead over Mr. Bayot.

Not your usual shepherd, Mr. Alustiza exuded a calming presence from the podium and his affable companion pranced around the paddock with a gaiety in his gait.

“I’m very surprised with the decision, but you must trust the judges. I expected to come second. The first phase went spectacularly and I got a lot of points, but I didn’t finish the second part,” says Mr. Alustiza. “The sheep were a bit stubborn but…I think the sheep have been the same for everyone.”

Mr. Vila was also surprised by the decision.

“There was controversy. If you go and talk to the shepherds now, everyone expected Juli to win but the Basque won,” Mr. Vila says. “Between him and the Basque there was a big gap in points going into the second round. Juli did well in the second round–I mean he was the only one to get the sheep in the corral–but it wasn’t enough to make up for the difference in points.”

It seems controversy runs amok in Catalonia, from the protests of Barcelona to the mountain fields of Ribes de Freser. While the bars of the region’s capital simmer with political polemics, feel for the people of Ribes, they have two points of contention to thrash out during the Pyrenean winter. 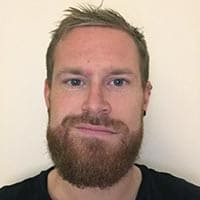 Kyle Morris is a copy editor living in Barcelona.