Hurricane season in the Caribbean sometimes reminds us of the pets affected by storms. Recent estimates claim there are half a million stray dogs in Puerto Rico after Hurricane Maria and over a million stray cats.

Over 350,000 people moved out of PR as a result of Hurricane Maria — and many of them were forced to leave their pets behind.

I’ve been visiting the island of Aruba since 2004. My father in law owns a timeshare and has been going for two weeks every August for 27 years. On my first visit, I heard about the stray dogs on the beach but luckily didn’t see them for myself.

On that first trip, I stayed at Costa Linda Beach Resort in the low-rise hotel area, but before my week in paradise was up, I heard several tourists discussing the stray dog problem in the area of the high rise hotels.

When I went home at the end of the trip, I forgot about it, like most people do.

I returned to Aruba this year, in April. I stayed at the Divi All-Inclusive, next to Costa Linda.

While I was planning the trip, I came across Sgt. Pepper’s Friends, a rescue organization in Aruba dedicated to adopting pets out to the visitors who arrive in droves from the US, Canada, the Netherlands, and Sweden.

Most of the Caribbean islands have a lot of stray animals. The temperate weather, as well as a lack of money and infrastructure, have contributed to this tragic problem. As I read more, it all began to make sense. People in Aruba do not keep dogs and cats as “house pets” as we do in the US.

Animals live outside, are usually fed scraps from the table, and until recently there was a lack of affordable vet care available on the island. Both cats and dogs were breeding freely, foraging in dumpsters for food, and often the “owners” would not claim the animals. They are just cats or dogs that people feed, not house pets.

Just to distress me further, upon closer research I read that often the resorts and hotels will go to great lengths to eliminate the strays from their beaches and dumpsters, fearing that tourists will stop coming. I read stories of animals being poisoned or euthanized in cruel ways.

On the southern shore of Aruba, near Baby Beach, there is something called the Kill Cage – where animals are dropped off to die. Apparently, the Aruban government funds the Kill Cage. Anyone can drop unwanted animals off, no questions asked, to be euthanized.

Sgt. Pepper’s Friends was started in 2015, by Rachel Brathen Schoneveld and her husband Dennis. Four years earlier, on a trip to Aruba with Dennis, Rachel found a puppy in a trash can and brought him home — they named him Sgt. Pepper.

When he passed away in 2015, she had the idea that she could make a bigger difference than just the one puppy she saved.

As of July 2018, the organization has adopted out about 850 dogs and cats to families in the US, Canada, the Netherlands, and Sweden. These pets would otherwise have needed to be euthanized.

The week before I was scheduled to arrive in Aruba, I saw a post on Sgt. Peppers Instagram showing the 17 cats they rescued one afternoon from the area of the Kill Cage. As they coaxed a skittish litter of kittens, two more people showed up and dropped off more cats; resulting in a grand total of 17 kittens rescued from a two-hour excursion. Many days are like this for Sgt. Peppers.

I had a bit of room in my home and my life for a new kitty. I started thinking. The adoption fees are very reasonable, more so than many animal shelters in the US. The $250 fee for dogs and $200 for cats includes the first rounds of vaccinations, spay or neuter surgery, and the flight fee.

Sgt. Peppers’ uses flight volunteers to get pets home to their families. If an individual wants to adopt a pet from their website but is not traveling to Aruba – they will find someone traveling to the nearest airport.

Dayenne Holwerda-Munk is the manager of Sgt Peppers, and she was endlessly helpful in my quest to find a way to help. From the start, she suggested kitties that might be a good fit with my family. We kept in touch during the week I was in Aruba.  I ultimately settled on a fluffy red tabby with the most flamboyant fox tail, named Wrangler.

He was living at the cat shelter and had never been a pet before. Dayenne told me honestly that my kitty had come from almost feral beginnings, he was shy and skittish, and she said he may never be a lap cat. She recommended better-socialized cats in consideration of my teenage children, but I was in love with Wrangler and his fluffy tail.

The day I flew out of Aruba, Dayenne and I made arrangements to meet at the airport so I could meet my new kitty. He was in a soft mesh carrier, looking terrified. The trip through customs and immigration at the Aruba airport can be daunting during the high season in February, but luckily the airport was quiet that afternoon and the lines were short. 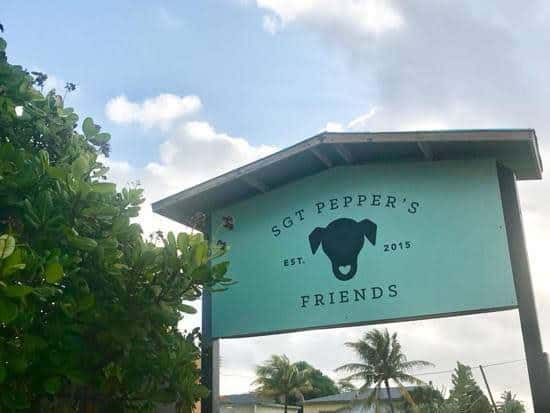 Customs officials in Aruba are the front lines for rescue pets coming through the airport, and they were kind and efficient.

Once I got through the lines to the “crying room” (as Aruban tourists call the gate), I had a few hours wait for the flight, so I sat down with my fluffy red tabby and slipped my hand into the carrier to pet him.

My new kitty friend was terrified of the awful PA system at the Aruba airport, and the two of us bonded through the flight experience. I named him Mr. Sunshine.

The other passengers acted like I was a celebrity, stepping aside so I could pass to my seat. I got special boarding privileges. Everyone wanted to know about Mr. Sunshine, was he the pet that I brought along on vacation or was I adopting him from Aruba?

I talked at length with a woman in the airport coffee shop, who had also stayed at the Divi All-Inclusive and seen the black and white kitty near the main pool. I had asked the front desk about that cat on my last day –they told me she was called Mama Cat.

The woman in the coffee shop had fallen in love with her, so I urged her to contact both Sgt. Pepper’s and the resort, to see if she was adoptable. Others also came to me to talk about the stray animals they had seen at their resorts.

A woman approached me as I was looking for the arrival and departure board in Charlotte. She looked at me with such admiration that I was briefly embarrassed. She said some things about what a great person I am, saving the kitty. I corrected her — the rescue organization saved the kitty… I just took it home. I selfishly got a pet out of this deal.

Flying with a pet is definitely an experience. I can see why people travel with service animals now. Before I got in line at the airport, Dayenne told me that she has one gentleman who is a flight volunteer every year when he visits Aruba, because he loves the attention he gets from women in the airport.

The flight attendants were very accommodating – they moved me to my own row so the cat carrier wouldn’t need to be stored under the seat.

Mr. Sunshine has settled into my family nicely – he slept in the bed next to me last night, and I’m pleased to say he has definitely become a lap cat! He’s my daily reminder of the spectacular Aruba sunshine and joyful times spent on One Happy Island.

How You Can Help

Many of the Caribbean islands have the same problem with unwanted pet overpopulation. The infrastructure and money for vet care simply do not exist, and in areas in the Hurricane belt, there is the compounding problem of animals left behind or lost in the wake of storms.

If you’re traveling to one of the islands and have room in your home and heart for a pet, consider adoption. Other ways you can help are by donating supplies, money and by being a flight volunteer to bring a pet home to its forever family.

Here is a list from the Humane Society of the Caribbean of rescue organizations on each island. Check with these organizations before you go on vacation – you may be able to help by bringing needed supplies. Website

If you’d like to help with Sgt. Pepper’s Friends – consider becoming a flight volunteer, donating money, or time, or bringing supplies. All the information you need is available on the website, and the adoption process is simple. Website

Watch this video about the Aruba Kill Cage 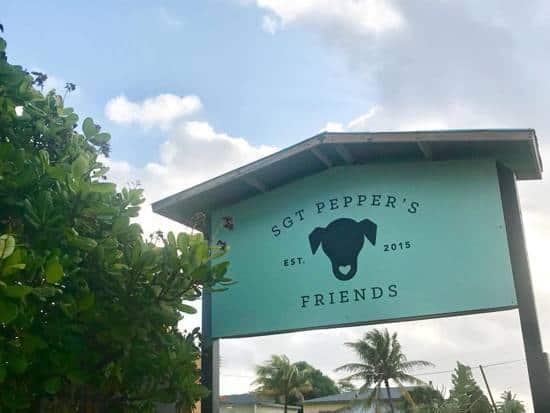 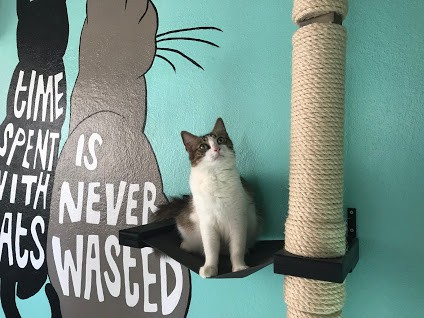 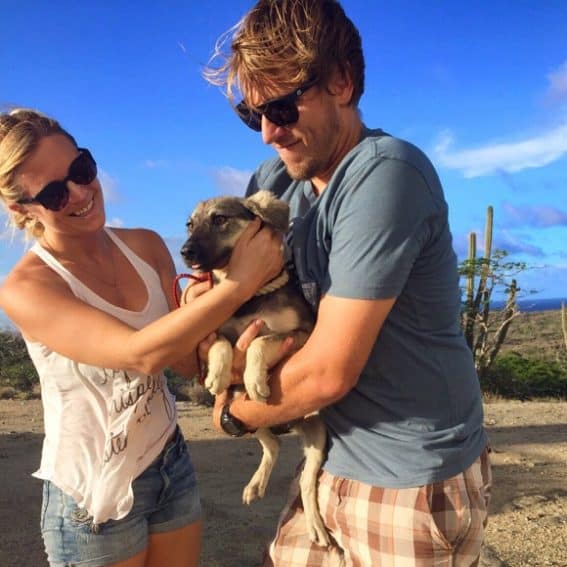 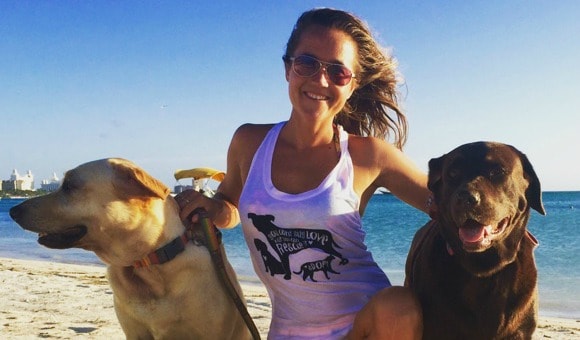 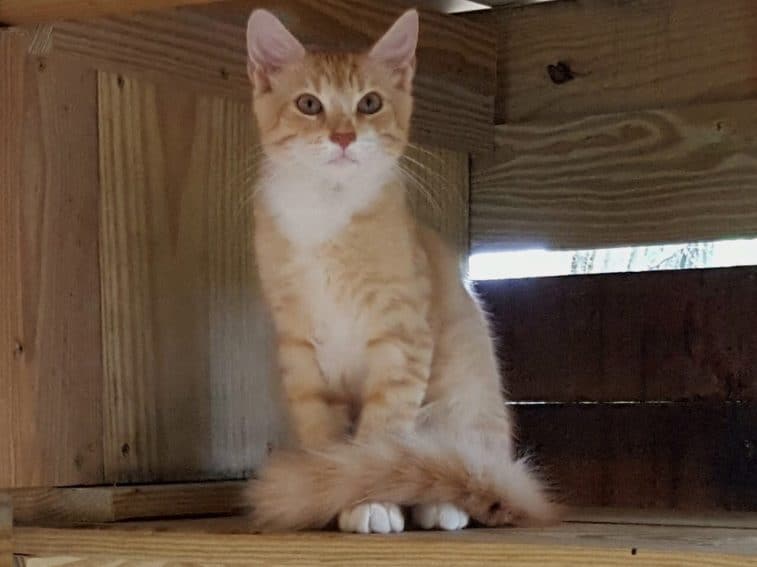 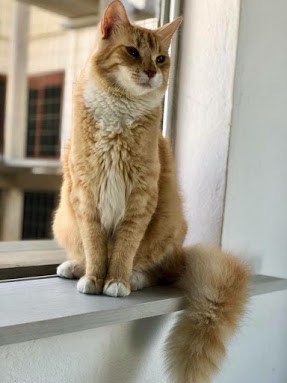 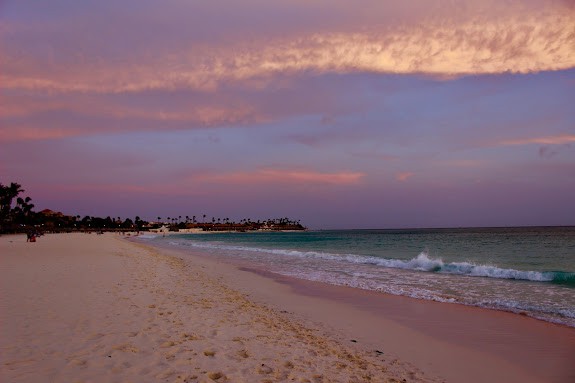 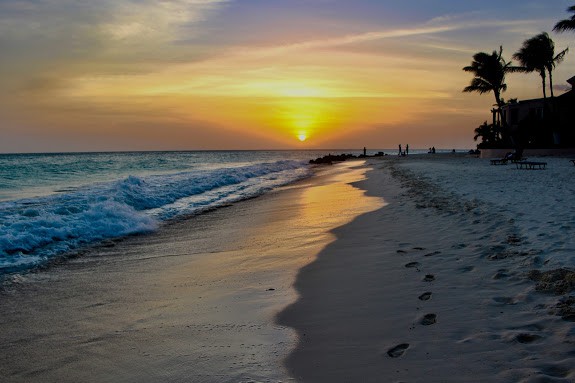 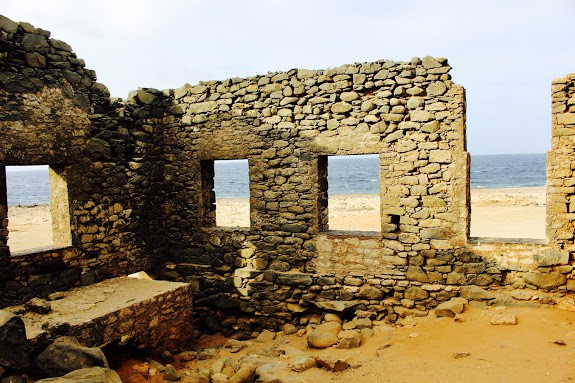 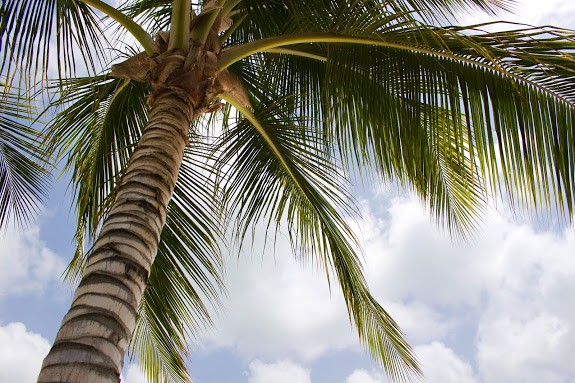 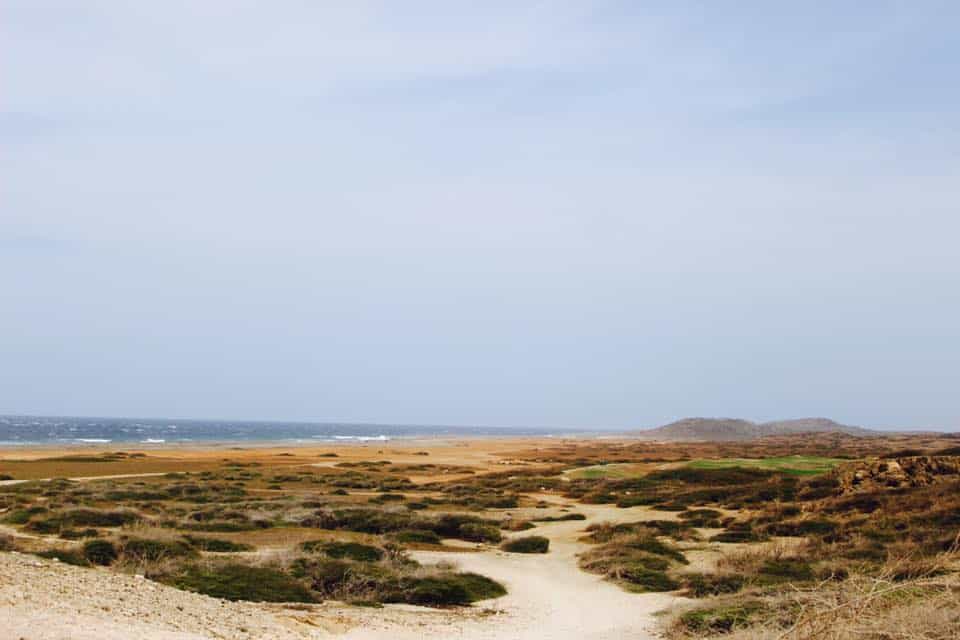 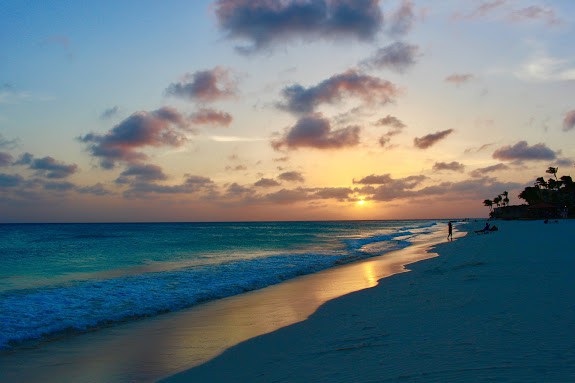 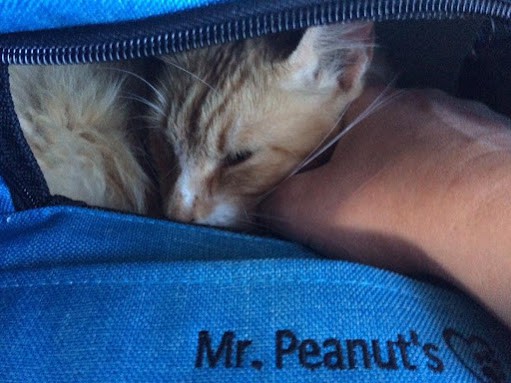 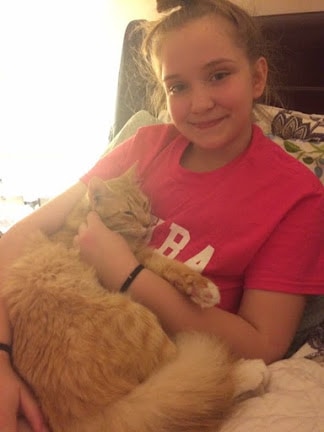 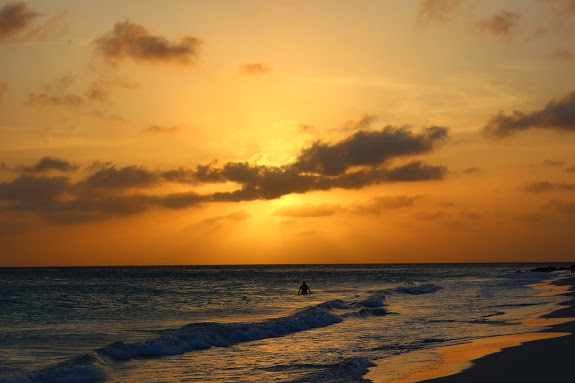 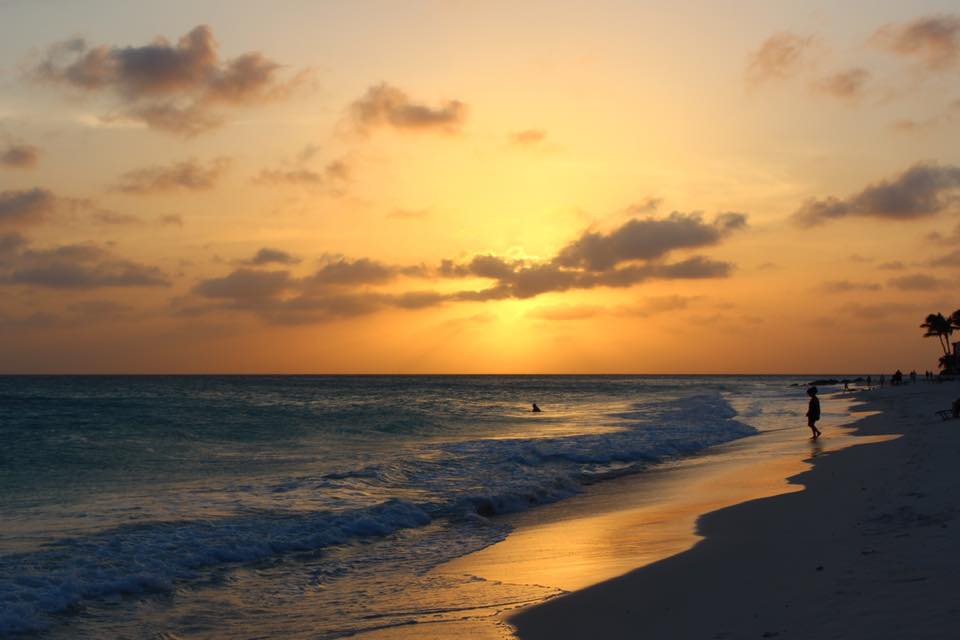 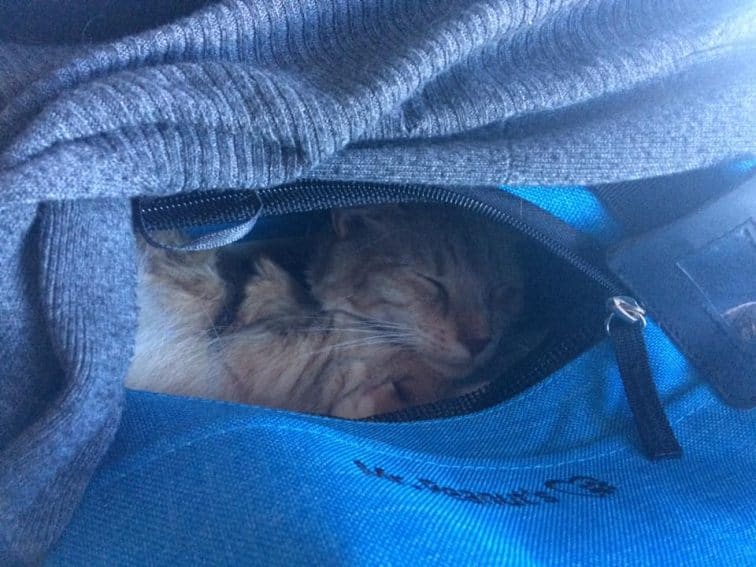