With a legendary crime rate and a bad image, Oakland has long been shunned. Now the city has been named on Forbes Coolest Cities of America list. Here’s why.

Once a city infamous for crime and graffiti-covered streets, Oakland is now a rising city of California.

The city has become a popular location for businesses, residents, and tourists due to its massive developments in recent years.

As Mark Everton, CEO of Visit Oakland, describes, the skyline is lined with residential towers, commercial towers and dozens of cranes working at construction sites.

In the past, Oakland had a 269% higher rate of crime than the national average. With exponential rates of positive development, the streets have now been cleaned up with aggressive efforts to lower crime rates and increase safety for the city’s residents.

After coming a long way, Oakland was placed on to Forbes list of “Coolest Cities in America” in early 2018.

Oakland Zoo is now the largest zoo in all of California due to monumental California Trail expansion, which doubled the size of the zoo to 100 acres. Although the construction started in 2015, the ideas have been culminating in over 25 years of planning.

The Trail experience presents a dynamic and inspiring story about finding balance in how we the state’s natural legacy of animal species. Interactive features allow visitors to see the vision for these species to lead a healthy life in the wild.

California has seen many species of animals come and go throughout the centuries, many of which have become extinct in the area. The new habitat community features eight native California animal species, including grey wolves, grizzly bears, jaguars, mountain lions, bald eagles, California condors, black bears, and American bison.

A few decades ago, a heard of buffalo in Alberta, Canada was found to possess traces of DNA of the original California Buffalo, which has not been around since the 1800s. Scientists have compared this DNA with the original species and selectively bred these animals to purify the bloodline with a 99% accuracy to the original.

They have also done this with the California Grizzly bear and a California Wolf, and many more. Through this delicate scientific strategy, the Oakland Zoo now has been able to bring back these species to California in the new habitat extension.

In June of 2017, an aerial gondola and hilltop restaurant, The Landing Cafe, became open to the public. The gondola transports up to eight guests on a four-minute ride up and over the hills of Knowland Park to the California Trail site from the main Zoo.

At 650 feet above sea-level, the gondola arrives at the Kaiser Permanente Visitor Center, which houses the cafe. The restaurant offers floor-to-ceiling glass walls, an artisan menu and a deck with panoramic views of six Bay Area counties.

Not previously known for a large sports atmosphere, Oakland has recently had an uptick in attendance to sports games. This may be credited to their major league baseball team, the Athletics. Commonly known as the “A’s”, have become very popular in the last decade due to the influx of population in the city.

The A’s haven’t kept a great record throughout, often finishing seasons in the last place of their division. Yet, as the population grows the importance of a recognizable team is in demand.

According to Mark Everton, the prospective team projects high hopes for the upcoming baseball season.

An inefficient way to watch baseball games now has Oakland fans calling for new improvements. The team currently plays its major league games on the Oakland Alameda Coliseum, a stadium that is also shared with the Oakland Raiders of the National Football League.

Due to the mix-use of the Coliseum, many seats are located further from the diamond than the average baseball stadium.  Conversations have been taking place about the development of a new 35,000 seat baseball-only stadium.

With numerous developments both residential and commercial, many businesses have been levitating toward the upcoming city.

Blue Cross Blue Shield of California has recently announced the relocation of their headquarters to Oakland from San Francisco. The move is motivated to reduce administrative costs, provide a new facility for over 1,000 employees and for long-term growth.

Blue Shield is also focused on improving the lives of the underserved, by making health care accessible, effective and affordable, and by ending domestic violence.

In June of 2017, West Elm Hotels announced they would be opening a location in Uptown Oakland, expected to be done in 2020.

They are focusing on creating a unique, affordable design for modern living and capitalizing on local and handcrafted products for community-driven collaborations and events.

Designed to positively impact the community and bring a unique hospitality experience to the Uptown neighborhood, this addition will reflect the diversity and history of the area’s industrial past and architectural elements.

The modern construction will allow guests to buy any furnishing or artwork in the rooms where they stay, reflecting the artistic culture in Oakland.

The building will be adjacent to the Hive, their partner’s Signature Development Group project, which combines residential and commercial space, including 105 residential apartments, and 100,000 square feet of offices, a beer garden, a coffee shop, an ice cream parlor, and several upscale restaurants. Specific plans for the hotel include:

A great deal of international non-stop flights has been introduced to the Oakland International Airport. These flights include travel to and from international cities such as Rome, Paris, London, Oslo, Copenhagen, Stockholm and Barcelona. 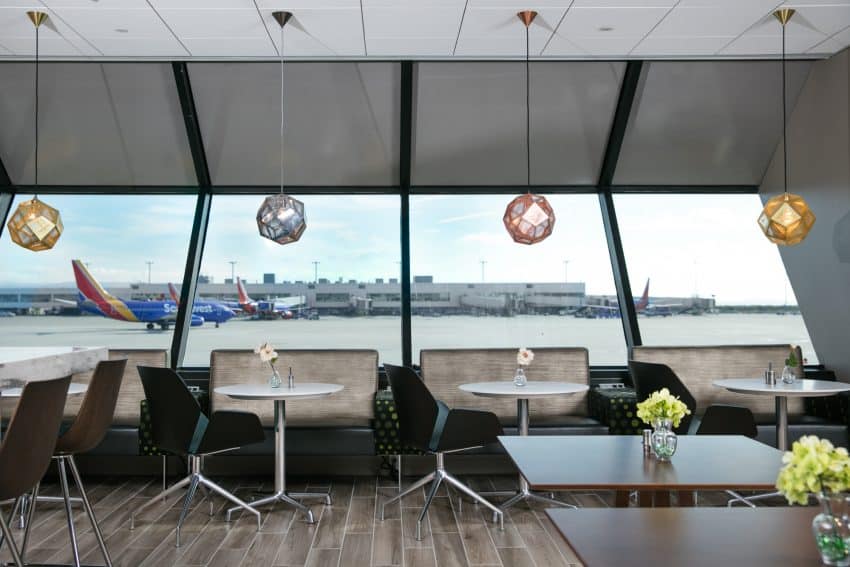 In 2017, Oakland International Airport welcomed more than 13 million passengers, an increase of more than eight percent and an all-time record for the facility.

The airport has responded to the rapid growth with a facility expansion. This development added over 13,000 square feet of new space. Additionally,  the airport resurfaced its main runway, a $67 million project which was completed while the airport maintained full operation.

The airline Contour announced they now low-cost fares from Oakland to Santa Barbara, which has been a largely unserved market for the mid-coast.

Santa Barbara represents one of Oakland’s largest and most frequently requested markets within the state of California.

Traveling in California can is difficult due to its extensive land area, and this service will provide convenient traveling experiences and connections between the two communities.

The city hosted the US Rowing National Championship in August of 2018. The event occurred on Lake Merritt in the middle of downtown Oakland, which is very unique to the typical championship geography. Most Rowing Championships are on a river in an urban setting such as the Charles River in Boston.

Lake Merritt also referred to as the “Crown Jewel”, the naturally developed, humanly maintained 3.2-mile circumference lake, is a mix of fresh and saltwater connected to the Oakland Estuary leading out to the San Francisco Bay.

Oaklands Auto Row, a road of auto dealers and car repair shops,  has been rapidly transforming into art and entertainment, retail, and residential district with restaurants, bars, art venues, and apartments. On this flourishing trail, you can now find street art, an urban wine trail, an ale trail, and many small artisan coffee shops.

In 2017, May became the official inaugural art month of Oakland. The month served to recognize all events and artists that have been influencing the city life in positive ways.

May will continue to celebrate with public displays, mural festival, galleries, music, dance, and visual arts, as an annual event.

Find out more about Oakland at visitoakland.com