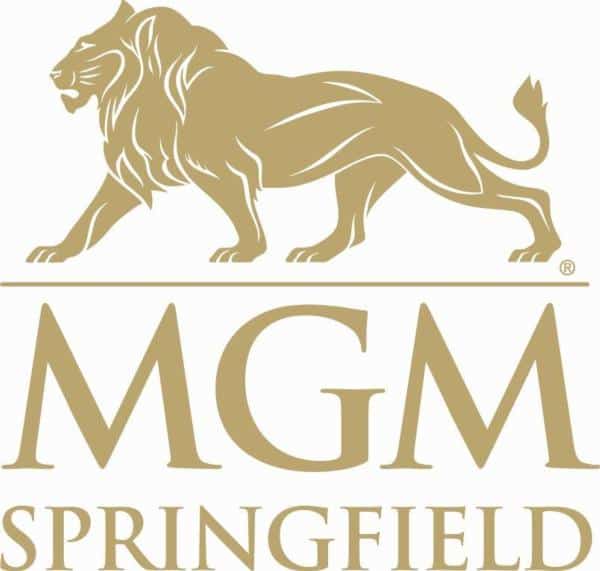 Opened in August of 2018, MGM has planted a flag in Western Massachusetts…with a roaring lion on top.

Springfield has previously been recognized as the City of Homes…and for being the home of the Basketball Hall of Fame, but now there’s a new Big Kahuna in town.

Since the introduction of MGM, Springfield has quickly become an entertainment hub for people both far and near.

MGM Springfield: Right in the City

This project is far from anything that MGM Resorts has done in the past.

In the “City of Firsts,” it is also the corporation’s first project integrated into a downtown cityscape. The casino, unlike the traditional ‘resort’ casinos of Connecticut, is right smack in the middle of the city. It’s a part of the downtown, unlike other more isolated casino resorts.

The company wanted to maximize community use and did so by installing 13 entrances throughout the building.  It’s easy to walk out on the street and not feel trapped in the casino.

Their first competitive advantage is that they are directly off the highway, easily accessible, and have 3,400 parking spots available in the parking garage.

And a visitor can park in the casino’s vast covered parking garage even if they’re not casino patrons.  They just have to walk past the battery of slot machines and the temptation of gambling tables on their way out the door.

MGM Springfield Hotel has 252 rooms, 16 of which are suites, and one of which is the Presidential Suite. The industrial vibe is echoed into each of the rooms, with vibrant, modern and unique accents from the ceilings to the floors.

The hallways are lined with vintage lighting fixtures and the carpet can be found with small lines from some of the most famous books in the area.

First stepping into my hotel room, I was impressed by both the décor and the amenities. It felt so private and comfortable that it was almost impossible to imagine that these luxury rooms were sitting just above a massive casino and a comparable entertainment experience.

The bathrooms were chic and clean, something you’d see on HGTV and wish you could put right into your own home.

I also got to experience the state-of-the-art, MGM Spa and Salon at MGM Springfield. I have to say, it is the best massage I have ever received.

The masseuse took the time to understand exactly what my body needed, and I left there feeling like an entirely new person. The spa employees were very polite and accommodating which only intensified the Zen-like space.

I was able to view the immaculate Presidential Suite. At 1,600 square feet, each and every square inch was used to portray the anthems of the city outside the casino’s doors.

The massive living space features a unique chandelier, that hangs replicas of hats from an assortment of Dr. Seuss’ books. Seuss is a Springfield native and there is a museum dedicated to the famous children’s book author on the other side of Springfield.

A master bed and bath, an eat-in space, and additional seating also were included in the area.

The Garden Suites were some of my favorite rooms on the tour. They were bright and refreshing and truly replicated an experience for guests to feel as though they were immersed in floral and greenery. The suites share a courtyard, garden, and life-size chess to further enhance the entertainment experience.

The tables in the Garden Suites were nothing to walk by; large slabs of exposed wood. Even more exquisitely, these tables were also a nod to the city’s history. In 2011, the city was swept by a tornado, many buildings were left with no hope of reconstruction.

During the building of the new MGM site, a lot of trees hit by the tornado were repurposed and turned into these tables for the Garden Suites. Some decor items in these rooms were acquired through Brimfield including antique roulette wheels or old machines, again, echoing an industrial look.

The MGM Springfield location is as much of a museum as it is a casino. The interior design is a nod to the rich heritage of the city, back to the manufacturing times, with metal, wood, exposed brick, and cement accents.

The interior designers deeply researched the history and culture in order to seamlessly mend the establishment into the center of downtown Springfield.

To highlight the old school, vintage vibe, much of the furniture and decor you will see was found by the interior designers at the Brimfield Massachusetts Antique show, one of the largest antique and collectible shows in the country.

Forms of entertainment beyond just the games and dining is the art, which MGM largely endorses at this location. “The art displayed here is very important to who we are,” said Director of Communications, Saverio Mancini.

Over $1.5 million has been invested in public art displays that were created by local and world-famous artists. Through their partnership with Springfield Museums, there are also many curated works throughout the property and hotel floors.

The art is even brought down to the floor of the casino room. The carpets have a quirky, vintage bus ticket pattern, and the fabric of the slot chairs replicates what you may have seen in the mid-1900s.

There is also a large literary theme throughout the estate which is influenced by the historically known writers that came from the Western Massachusetts area, including names such as Dr. Seuss, Emily Dickinson, and local companies like Milton Bradley.

The lobby area is a mimic of an antique library, shelving hundreds of books, including some from the archives at the Springfield Library.

Mancini describes the lobby bar as “the coolest place to have a drink downtown Springfield.” Menu items continue the literary theme with drink names like Tequila Mockingbird, Peter Cottontail and Catcher in the Rye Whiskey.

“MGM Resorts believes that entertainment is a fundamental human need,” said Mancini. Beyond just the name-claimed casino, this MGM location is far beyond the gambling experience. Both their indoor and outdoor spaces are activated throughout all seasons of the year, which may sound difficult to accomplish with New England weather.

Armory Square is a host of many events, and even where Dropkick Murphy’s performed during the establishment’s grand opening. The historic Armory that was once home to the Massachusetts Militia and the Massachusetts National Guard now serves as a rotational event space.

Most recently it is being served as the Roar! Comedy Club.

Set just behind the Armory is the plaza, which is comparable to a “mini Rockefeller Center.” A perfect place to shop at the Kringle Candle outlet, enjoy golf simulation at Topgolf and some of the very best dining options in the area.

The summertime will bring a concert series to this space and the wintertime offers an outdoor skating rink that was first christened by former Olympic figure skater, Nancy Kerrigan. This outdoor hotspot will be great for families and friends all year round to keep emulating the community of Springfield.

Inside the main building, there is also an arcade and bowling at TAP Sports Bar for the sports fans. If you’re looking for something more relaxed today, Regal Cinemas features first-run movies while also offering comfortable reclining seats.

And just when you thought it couldn’t get any better; the dining options. When I think of a casino, I don’t particularly associate their food options as one of the key entertainment experiences. MGM has an unbelievable array of dining options, from barbeque to delectable Italian options.

I started at TAP for lunch, which is an old-school sports bar that accentuates the local athletic spirit. If you wander further into the restaurant you’ll find the arcade and bowling areas.

We started with the delicious buffalo wings to which I moved onto the Reuben sandwich that with some of the best pastrami I have ever had.

Cal Mare is an authentic Italian restaurant serving Amalfi Coast cuisine with a New England style twist. The décor was so genuine that I felt as if I traveled to an old village in Italy.

The yellowfin tuna tartare was jam-packed with flavor and fresh tuna. I wanted to keep the seafood trend going and ordered the Squid Ink Tagliatelle as my entrée. The squid ink transformed the pasta into a deep black color, but the Maine lobster was what made the meal pop–perfect with a glass of Italian red wine.

The Commonwealth Bar and Lounge is where to go when you’re not ready for the night to end. A luxury lounge located in the heart of the casino offering a transformative mixology experience.

It’s almost like a dulled-down night club, but with amazing craft cocktail options.

MGM Springfield sponsored our writer’s visit, the opinions are the author’s own.