It was a tough early morning climb up the eight-story tower from the humid Cancun jungle. At that breezy, height I could see the ocean in the distance, and similar towers rising up from the green canopy surrounding me.

Birds circled in the air far below as the slanted morning light revealed the jungle in all its serenity.

My reverie was shattered by a loud “Watch your head on the cables, sir.” As a muscular young man grabbed the ropes hanging from my waist and clapped them on the aforementioned cables. “Sit back, and when I tell you to go, you . . . GO!”

Then, without thinking or looking down – I jumped. The harness tightened around me as I twisted in the wind, the high-pitched whine of the cables joined my adrenalin rush of screaming terror, and my life flashed past me faster than the treetops below.

And suddenly it was done, and I was safe on a lower level of the next tower.

So began the spidery circuit of the tower maze connected by a web of steel cables. Ziplines are billed as a way to see the life in the forest canopy; a natural exploration of the flora and fauna of the most populated part of the jungle.

In reality, they are a thrilling and exhilarating race past and through the trees, until your legs are too tired from the climbing back up the towers and your lungs ache from the screaming.

Then you leap off into oblivion one more time!

Normally there are two types of vacations, one for those who want to explore an area – eat at different restaurants and see the attractions using their hotel as a home base, and one for those who spend their whole vacation inside an all-inclusive resort.

And while a case could be made for both adventure junkies and all-inclusive sedentary bliss, I prefer the third type – the one that combines the best of both worlds. That is very easy to do at the 5-star, adults-only Iberostar Grand Paraiso Resort, in Cancun Mexico, in the Yucatan Peninsula.

The hotel itself is the anchor in a small village of Iberostar ocean-front properties in Playa del Carmen, Mexico. There are four other hotels, most notably the 5-star, family-friendly Iberostar Paraiso Maya right next door.

It has a wave machine in one pool and a lazy, drifting “river” you can float around the grounds on to keep the kids happy. Both resorts have their own beach, spa, fitness center, restaurants, pools, bars and nightclub.

Then there’s a large professional fitness center staffed with trained and licensed instructors, a convention center, nightclub, and theater. You could spend a week not leaving the complex and still not see everything!

And yet, I left there to be at XPLOR, the nearby adventure park where the ziplines dominate the sky. Below them were paths aboveground and underground leading to cave swims, cave rafting, miles of amphibious 4-wheeler trails through the caves and streams of the jungle, and smaller ziplines that splash down in the water, even one that bursts through a waterfall to land in a cave!

In addition, there are nearly 7,000 cenotes in Mexico’s Yucatán Peninsula, including a few at XPLOR, but it is the manmade one at the end of the cave swim that is the most accessible for families. I brought my camera for a wet look at the experience.

Did I mention that besides several excellent restaurants, there are two huge food buffets of incredible quality and selection at Iberostar Grand Paraiso? It was this kind of excitement and fun that got me off my more-than-ample behind to have an adventure. EXPLOR helped me to appreciate the pampered luxury I enjoyed there even more!

When I returned to Iberostar Grand Paraiso, there was a bottle of champagne chilling and a hot bath drawn for me to soak my aching muscles. (I don’t know how I lived without a personal butler before!)

Eventually, I dressed for dinner where I was overwhelmed by a glorious presentation of seafood followed by a perfectly cooked med-rare rib steak. Afterward, we danced at the club until the wee hours before ending a typical Iberostar day.

When you arrive you are greeted with “Welcome Home”, a warm smile, a cool towel and a refreshing chilled drink. And so begins an indulgent and pleasure-filled stay with the master of hospitality – Iberostar.

This season Iberostar celebrates 20 years of presence in Mexico with 10 existing resorts, a new 13 story tower opening on Cancun Beach, and two more resorts planned, one in Los Cabos and one in Puerto Vallarta.

Each offers unparalleled service, food, and accommodations. No matter when you visit, each day is treated as a celebration, and every care is taken to ensure that you enjoy it to the utmost. Happy 20th Anniversary Iberostar!

Iberostar Grand Paraiso off-season rates are $225 per person, in season $300 per person, per night. Resort Vacations To Go sometimes has exclusive offers for additional savings.

In addition to seven classes of suites, the Iberostar Grand Paraiso has 10 totally private, luxurious villas, each with private pool, outdoor shower, and walled garden. website

XPLOR Admission: $125.99 each for adults, children $62.99, plus $27 XPLOR Bus transportation from your hotel. The park is lighted at night for after-dark adventure. website

Richard Frisbie is a c 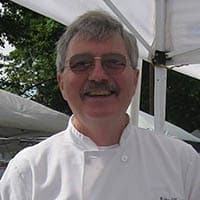 hef, gardener, publisher, bookstore owner and freelance writer, who combines his passions for history, food, wine and travel with his curiosity about other cultures to create articles that appear in major print publications, online and are collected in history, travel and culinary anthologies. When he’s not scouring the globe for new discoveries or cooking up a storm, Richard is sharing his recipes and adventures on social media under his own name. Follow him on Instagram.