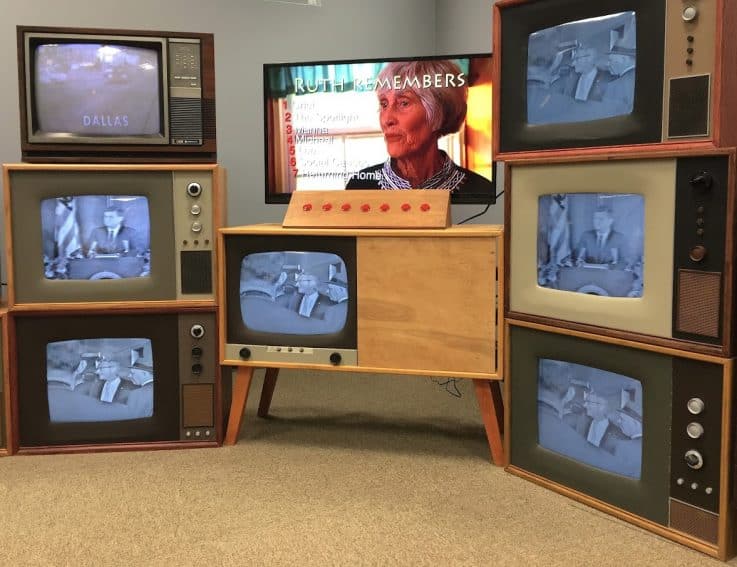 Heading off to work, the 24-year-old tucked a brown-paper-wrapped cylindrical package into the back of his ride. Curtain rods for his Dallas apartment, he told the driver.

Before he left the bedroom he shared with his wife Marina and two young daughters, the former Marine placed his wedding ring and $170 on the nightstand.

More than half a century later, I am standing in the house where Oswald spent his final night with his family before heading off on his murderous mission. Owned by Ruth Paine at the time, the home in Irving, Texas, was bought by the city of Irving in 2009 and has been returned as much as possible to the way it was when the Oswalds stayed with Paine. The home opened as a museum in November 2013. 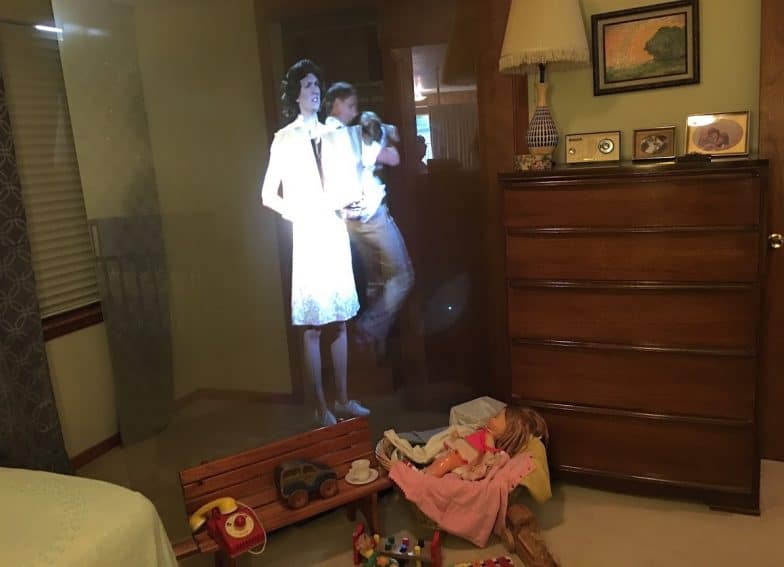 “The fact that Lee Harvey Oswald was here that night was very unusual,” said docent Chris Strange. “The arrangement was that he would spend the week in a boarding house in Dallas where Ruth Paine had helped him get a job at the Texas School Book Depository. Then he would catch a ride to Irving to spend the weekend with his family.”

No one knew, Strange said, that Oswald had come to the Irving home on Thursday, Nov. 21, to pick up a mail-order rifle he had hidden in Ruth Paine’s garage. The disassembled gun was what he carried back to Dallas with him.

“Ruth didn’t know that he had a rifle,” Strange said. “She said in an interview that she wondered if events would have turned out differently if she had known that if she had realized that ‘this very ordinary man’ was capable of murder.”

The home where Lee Harvey Oswald stayed with his family before the assassination is now a museum.

Turning Back the Clock in 1963 Time Capsule

Built-in 1956, the simple ranch home has domestic touches that would have been there when the Oswalds lived with Paine. Glass baby bottles, dishes drying in a rack on the kitchen counter, a black rotary dial telephone, “grease” container on the General Electric stove that would have held bacon droppings saved for cooking, family photos, old-time stereo cabinet with Everly Brothers vinyl album out for playing, children’s toys scattered on the living room floor, small screen TV playing 1960s sitcoms, and other aspects of 1960s American life.

The original knotty pine kitchen cabinets are still there and a pink-tiled bathroom was the popular style of the day. A massive 1950s washing machine was found to complete the kitchen as shown in old photos.

For example, the patterned living room drapes are a perfect match for the material seen in a Christmas photo of Paine and her daughter. Even the green and brown blanket that hid the rifle in Paine’s garage was matched to her description.

“But the only thing that was actually here when Ruth Paine lived here was this hi-fi speaker,” Strange said, gesturing to a huge wood-encased speaker in the home’s living room.

Chilling holograms with actors portraying the Oswalds and Paine going about their everyday lives add human touches to the horrible act that will happen. In the small bedroom where the Oswalds slept, the sound of children laughing in the background of the acted scene is a sad reminder of how many lives were affected by the sniper’s bullets.

How Paine Met the Oswalds

“Ruth Paine and Marina Oswald met at a party,” Strange said. “That’s how they became friends.”

Nine months before the assassination, Ruth Paine went to a party hosted by members of her madrigal singing group. The host also invited several members of the local Russian émigré community, including the Oswalds.

A Quaker, Paine had studied Russian in college and had taught it. She was eager to practice her language speaking skills with Marina, a native Russian who had married Oswald in 1961 when he had defected to the Soviet Union. The next year, Oswald became disillusioned with the Soviet Union and returned to the United States with his bride.

“Both women were young and somewhat lonely with small children at home and troubled marriages,” Strange said. “Despite the language barrier, they became friends.”

When Lee Harvey Oswald had difficulty finding a job and left the area to seek work, Paine invited Marina and her children to stay in her two-bedroom, one-bathroom home. With two small children herself, Paine was separated from her husband Michael and didn’t like the way Oswald treated his young wife. But, as Paine noted in one of the museum’s videos, she tried to hold her tongue around Lee Harvey Oswald because she sensed he could be quick to anger.

Taking a Van to the Museum

To tour the museum, visitors meet at the Ruth Paine House Visitors’ Center at 810 W. Irving Boulevard. Visitors can watch a large bank of television sets recalling the Kennedy assassination and Lee Harvey Oswald’s capture. A flat-screen TV plays interviews with Paine about Marina, Lee Harvey, Paine’s grief about the assassination and the terrible aftermath. Photographs and documents also are on display.

A maximum of 12 visitors are then taken by a van to the nearby house. After all, the former Paine home is in a residential neighborhood where museum traffic is kept to a minimum by using the official van.

A large oak tree still stands in the front yard where Lee Harvey Oswald played with his 21-month-old daughter June on the night before Kennedy was killed. The next morning, Paine said she awoke to find no sign of Oswald. He had quietly left, leaving a dirty plastic coffee cup in the kitchen sink.

The two women later watched television news of the presidential visit to Dallas. Marina was hanging laundry on the backyard clothesline when police rang the doorbell Friday afternoon. A hologram scene recreates a question from a police officer about whether Lee Harvey Oswald had a gun.

Paine answers “no,” then translates the question into Russian for Marina. Paine is surprised when Marina answers that her husband did have a gun that he kept wrapped in a blanket in the garage. Officers then find the empty blanket.

Oswald is buried in Rose Hill Cemetery in Fort Worth.  After her death from cancer on Jan. 17, 1981, his mother, Marguerite Oswald was laid to rest in a grave next to her son.

After the assassination, investigators took Marina and her children to Dallas. Paine was questioned several times by law enforcement officers and was a prime witness in the Warren Commission investigation into the JFK assassination.

The Warren Commission ruled in 1964 that it was from a window in the Texas School Book Depository’s sixth floor that Lee Harvey Oswald fired the shots that killed President Kennedy as the presidential motorcade passed through Dealey Plaza in Dallas. The

Paine lost contact with Marina Oswald and left Irving in 1966. Paine worked as a teacher and school psychologist in Pennsylvania and Florida before retiring to Santa Rosa, California, in 2006 where the 85-year-old still lives.

Marina Oswald married Kenneth Porter in 1965 and continues to live in the Dallas area. She became an American citizen in 1989. The wedding ring that Lee Harvey Oswald left behind was sold to an anonymous bidder in 2013 for $108,000. >Inside Oswald’s ring is a miniature engraving of a hammer and sickle, a Communist symbol.

At the time, Oswald’s widow said she didn’t want to keep the ring because she wanted “to let go of my past that is connecting with Nov. 22, 1963.”

Although she has kept a low profile over the years, Marina Oswald Porter has said that she doesn’t believe her husband murdered JFK because she knew that Lee Harvey Oswald “loved” Kennedy.

Paine, however, has never faltered in her belief that Oswald killed Kennedy and acted alone to do it.

All the controversy surrounding the assassination, Paine has said, is the result of people being unable to believe that one very nondescript man could commit such a horrendous act.

In one of the museum videotapes, Paine describes Oswald as “a weird young man and not somebody the KGB would be hiring to do some kind of job… There was no way for me to know that this was a dangerous man. He didn’t seem terribly competent in a lot of ways.”

But, Paine concludes, “A lot of the world doesn’t want to believe that.”

And probably never will.