A Destination to Zadar, Croatia

The medieval city of Zadar, on the Dalmatian Coast, Croatia

There’s something in the air here. Voted Europe’s number one destination for 2016, it’s still relatively unknown and overlooked in favor of its more touristy cousins Split and Dubrovnik – while certainly not as expensive.   You’re likely to never want to leave.

It depends on what you’re looking for. If you want a party and you prefer people over peace, by all means, visit in the high season from June to August – with your company likely to be the young backpacker crowd.

Zadar is an excellent jumping-off point for one of the many, cutting-edge Croatian music festivals.

The shoulder seasons are preferable for the discerning traveler, and a much better time to see the national parks without shuffling behind all the sheep.

Late September is something else; the temperature is more manageable, and the heavy crowds begin to dissipate. Don’t even think about coming after October – the city is a ghost town for the winter.

Zadar airport is a small but well-serviced

hub, operating regular flights to most major European cities from March to October. Check the airport’s website for a comprehensive list of destinations and airlines, including all scheduled arrivals and departures.

A regular bus service operates to and from Zagreb, as well as Split to the south and Rijeka to the north. Croatian bus transport is on point, and you can pretty much get to any town or village you fancy. Bus Croatia is all you’ll ever need. Trains are pretty much non-existent to Zadar, and if they do go, you’ll be spending most of your day in the carriage.

Croatia has an exemplary road network, with frequent and accurate signage, propped up by toll stations on the main highways. You’ll rarely need GPS. Hiring a car is a great way to get around and there’s little traffic on the roads, but it will get a little busier in season. There are only four million people in the country after all.

Jadrolinija currently operates the only ferry route from Ancona, Italy to Zadar. There are departures seven times a week and the crossing takes six hours. Zadar ferry port services all the local islands.

Scooter and bike hire is readily available, but the best way to see Zadar is by putting one foot in front of the other – you can walk the length of the city in under an hour.

The Greeting to the Sea/Zadar sunset

Otherwise known as “the sea organ”, this architectural wonder is one of only three examples in the world that plays music through the movement of the waves. Through a series of pipes, The Greeting to the Sea plays hauntingly beautiful panpipe music, and is a special place to watch the famous Zadar sunset, the one Alfred Hitchcock deemed “the most beautiful sunset in the world.”

And if you’re musical yourself, try lying on the floor and singing into it; you’re likely to get a round of applause. If you’re any good of course.

The Greeting to the Sun

As if the sea organ wasn’t unusual enough, right next door you’ll find The Greeting to the Sun. Designed by the same architect, Nikola Bašić, this monument is a 22-meter diameter solar panel that is the proportional size of the sun. Charging up during the day, the panel comes alive at night as a giant disco floor, where many revelers go to unleash their inner MJ in the early hours.

Located only two and a half hours from Zadar is Croatia’s number one tourist attraction; The Plitvice Lakes. One of the oldest national parks in Europe, the scenery is dominated by a series of beautiful cascading waterfalls and pools, which creates a fairytale, dreamlike landscape.   It’s simply not to be missed – and often the highlight of any stay. Tours run regularly from Zadar and Zagreb and any hostel or hotel will be able to advise.

Take a short ferry ride over to the nearby island of Ugljan, and hike or bike up to St Michael’s Fort on the crest of the hill. You won’t forget the views on the other side over the whole archipelago and Adriatic. The perfect spot for a picnic.

Ledana (+385(0)98630760) is an institution. Relaxing garden bar by day, jumping outdoor club by night. Just don’t play in the fountains – they don’t like that. Alternatively, Tequila Sunrise is the best day bar – with fantastic views of the sunset if you want to avoid the evening sea-organ throng.

Attractive, clean and comfortable dwellings with a sociable terrace, located in a quiet, friendly neighborhood, minutes from the bus station, with an atmosphere second to none. Expect to pay 400Kn ($60) per couple for a private room, and 148Kn ($22) for a dorm bed in peak season July/August. Also note there is a government tourist tax of 7Kn ($1) per person, per night.

You’d be surprised, but fast food here is good food fast. Nana’s – located at the bus station – serves a killer, grilled chicken wrap. Pizza in Zadar is every bit as good as it is across the water in Italy. For higher-end eats, Pet Bunara (+385(0)23224010) in the old town is top drawer, serving traditional and fusion from fresh, local produce. Mamma Mia (+385(0)23334246) boasts the finest steak in town.

Citizens from the US, UK, Canada, EU, Australia, and New Zealand need only a valid passport for a 90-day stay. Other countries should check with the Croatian Consulate.

Zadar is an extremely safe city – but still, take your usual travel precautions as unwanted events can happen anywhere. There isn’t a particular neighborhood that isn’t safe to walk at night – especially in tourist areas. No vaccinations are required.

Croatian currency is called Kuna. One Kuna is divided into 100 Lipas. Money is easy to obtain from ATMs and currency exchanges. Certain places accept Euros and most places can take credit cards – but check with hostels first. Don’t change your money at hotels – the rates can be poor.

Sim cards for all Croatian networks are readily available at Tisak magazine kiosks. 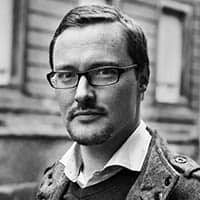 Stuart Jameson is a freelance writer who has settled in Croatia after 7 years on the road – including a hitchhike from Germany to Cambodia. Follow him at lookingforstu.com