Naked in a Barrel in North Vietnam’s Highlands

Did you ever experience being drawn in by an inspiring photo of an unknown land then immediately knowing that you had to get there somehow? 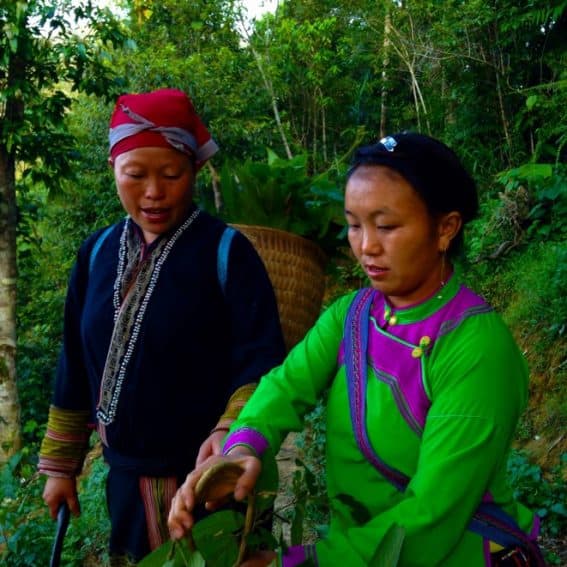 My heart started singing and my eyebrows knitted tightly in wonder as I drew even closer to my screen. That magnificent first Google image of Sapa, Vietnam had just popped up.

Her Gut Spoke Up

My gut talked loudly, and I listened. I then begged my partner, Mark “Could we please, please, change our travel plans?”

Every year we plan one big excursion and this year we chose Taiwan. But, just six weeks out we weren’t one bit excited. Maybe because the mid-range hotels were a snore?

Some of the dorm-like ones even had “Hello Kitty” posters on the walls. Even Airbnb’s options were blasé’. Had traveling the world somehow become mundane for us?

Thank goodness, no. We recalculated the trip flying into Taipei. We left for Hanoi within four days. Since this was “my” trip (we take turns yearly picking our desired destination) we’d be taking the sleeper bus north to Sapa within the week.

The scenic Noi-Bai Highway between Hanoi and Loa-Chi had just opened cutting the previous 9-hour bumpy journey in half for just $9. I felt like a kid nose hard pressed to the cool glass of the old bus window all nestled in my bunk with a cozy red, blanket.

Every tight switchback brought a new vista of the yellow-green patchworked valley below. I swayed on my back in my bunk, hands steadying me by my sides as the bus confidently spiraled up and around corner after corner. What beauty!

We stayed at the Splendid View Hotel which absolutely lived up to its name. The place itself was kind of crappy (peeling purple paint, sockets that sparked, little hot water, and zero views) but man, what a panoramic vista we experienced on the rooftop.

After finding two dingy, white plastic patio chairs and grabbing two ice-cold Tiger beers we were more than content to just sit at the edge and stare in awe.

We had packed light and the next morning Mrs. Co from Sapa O’Chau approved us with a warm, welcoming, smile and sweet, a twinkle in her brown eyes. Within minutes she had slung her own weathered pack on her sturdy frame and out the front door, we went taking the first steps on our 27-mile 3-day trek.

There were no other tourists around for miles as we climbed higher and higher into the magical mountains. The silence was so comforting to me. Meditative, actually.

Black Birds soared in circles above. Goats bayed. Bulls snorted. Tattered colorful clothing draped on low slung ropes whipped in the rising winds. We passed many small, broken-down dwellings wondering about the simple lives that were led inside.

She wore a big blue hat, coined purse, silver jewelry, heavy black pants, and tall rubber boots. It must have been 85 degrees in the sun, yet she never seemed to sweat. Me? I was shiny, wet, and winded wearing light khaki pants and a simple t-shirt!

Suicide Plants on the Highlands Trail

Through steep, rugged highlands mountain passes, up ancient tiered rice fields, and along winding river paths we learned about the Hmong culture, the animals, and a few poisonous plants as well. One “suicide” plant would kill you within hours of consuming it!

The trek was tough and long. I was hot, tired, sore, and just about spent when we entered the little village where Mrs. Co indicated our home-stay was located. A new energy arose as we trudged through the dusty streets, and crossed a wide river but then once again we were on a thin rocky trail climbing up!

What? I thought we had arrived! She broke the news: two more kilometers to go. The late afternoon sun was beating down on my back. My legs were heavy. The incline was steep.

We reached Mrs. Sing’s simple dirt-floored home exhausted and went outside to rest on a rustic wooden bench overlooking the valley far below. We were brought cold beers.

And French fries. The French fries part always makes us laugh. So many foreigners think we Americans only eat French fries and they are super proud to deliver them!

Two old, wooden barrels full of steaming water and dozens of local herbs simmered and awaited us in the darkest corner of the main living area.

A yellow light bulb swung gently on a grimy string casting moving shadows on the wood-slatted walls adding to the eeriness of being naked, exhausted, and a bit apprehensive about just what we were soaking in!

The herbs had been freshly cut that day and had cooked slowly on an open fire in a gigantic wok that was at least 4’ across. Designed to take the lactic acid out of our tired legs and induce sleep the Medicine Woman knew her craft.

During my deep rest, I awoke to rhythmic chanting outside my pink flannel-curtained door. A melodic banging of sorts was detected. I eased out of my primitive wood bed noticing with mounting concern that Mark was gone.

Peaking my head out, I spotted him sitting right next to a Shaman who was hosting a candlelit ceremony with a quite dead chicken!

We slept like stones rising strongly for the next day’s arduous 10-mile trek. This time we looked forward to climbing naked into the barrel soaking quietly in the swirling steamy dark listening to the night sounds. Here we were high on a mountain in a little hut in North Vietnam. So far from home, but so close to ourselves. 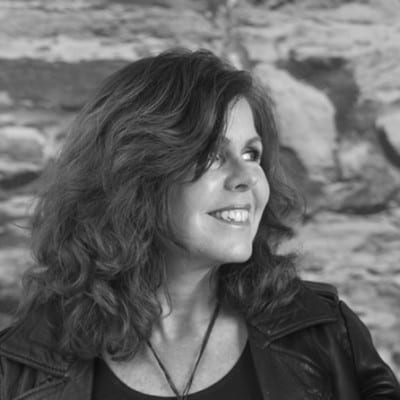 Shirley Piccarreto is a Doctor of Naturopathy, Certified Herbalist, Yoga Teacher, Best-Selling Author, and Wanderer of the World. She lives in Naples, NY.