The Scenery and History of New York’s Hudson Valley

by Michael Adamovic documents scenery, historic sites, architecture, and more within the 100-mile-long region. Discover the natural and 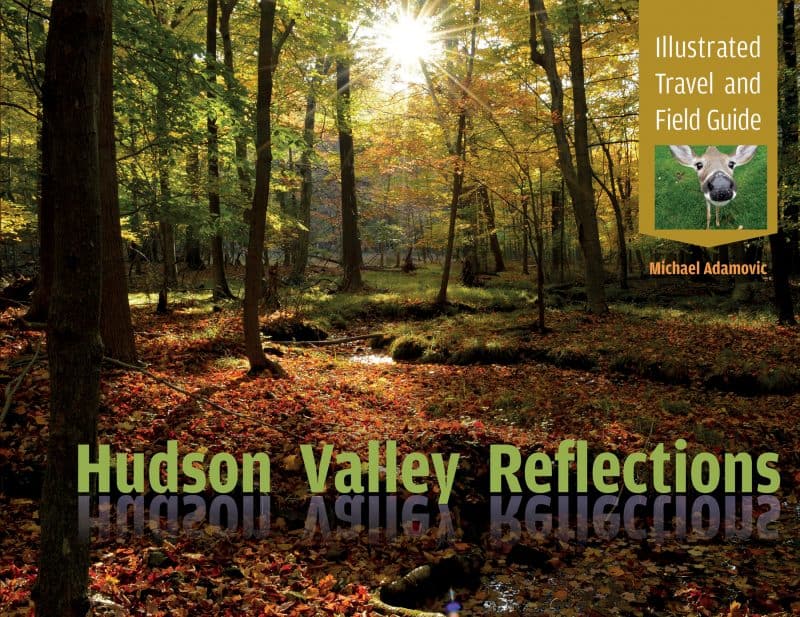 The unique scenery, plants and wildlife, and architecture of the valley, from Sleepy Hollow near New York City north to the town of Catskill, are showcased through stunning color photos. Brief essays relate the majesty of the four seasons in the valley, its waterfalls, bogs, people, history, and more.

Whether it’s learning about the recovery of bald eagles or the region’s rare orchids, taking a tour through a historic Gilded-Age mansion, or rambling to the top of a legendary mountain said to be the abode of mischievous imps, it will be hard, if not impossible, to avoid falling “under the sway of some witching power” that Washington Irving believed pervades this remarkable land. 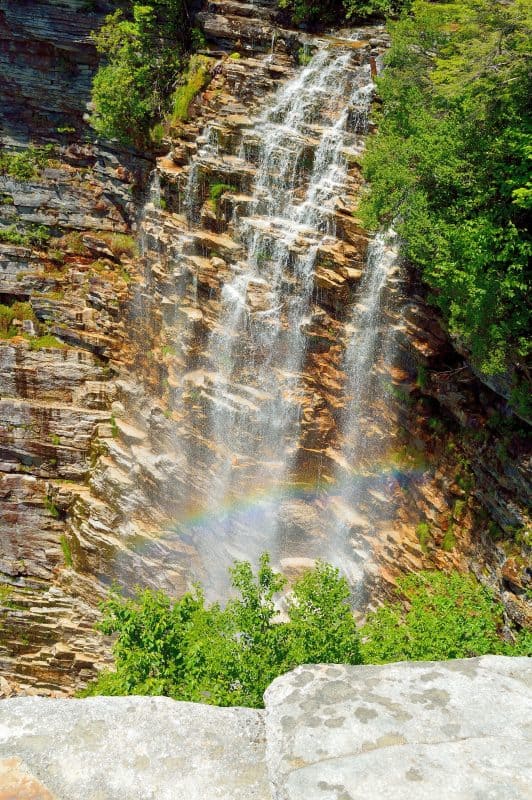 The author, a life-long resident of the region, offers up interesting tidbits and facts that even most locals don’t know. For instance, few residents are probably aware that commercial crabbing operations exist on the Hudson.

Blue claw crabs pulled from the river’s murky depths are of a size and abundance that rivals those of Maryland. Ironically, the tasty crustaceans are often shipped there to be sold!

And did you know that atop the breathtakingly beautiful Shawangunk Ridge there are caves that you can hike through that possess a natural refrigeration that allows snow and ice that accumulate inside to persist until early summer?

And then there’s the history. In addition to being part field-guide that assists with plant and animal identification, the book richly details the region’s colored past and goes all the way back to the beginning. 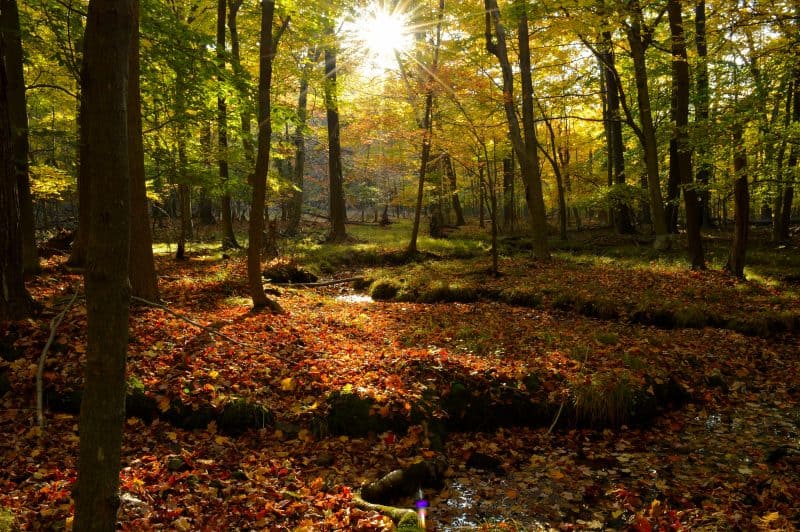 While Europeans first began exploring the area shortly after Henry Hudson’s 1609 voyage of discovery, tantalizing archaeological evidence indicates that a human presence existed in the region for at least 12,500 years.

In a chapter entitled “The People,” and elsewhere in the book, the author discusses Native American culture and retells certain legends surrounding them and their beliefs, such as the creation of the Muhheakantuck—the river that flows both ways—or as we know it, the Hudson.

Contemporary events such as the annual Clearwater Festival are also discussed.

Along with curious facts and photographs, a map and detailed directions are provided in the back of the book that allows the adventurous to get out to some of the various sites and explore.

One of the best things about the 40 locations listed, is that no matter where you’re located in the Hudson Valley, there’s always something nearby to check out that typically requires a half hour or less of driving.

What’s more, the selection Michael Adamovic has compiled is so diverse and eclectic that everyone can find an item of interest to visit—from gentle lakeside hikes and dizzying rock scrambles to historic mansions and haunted churches. 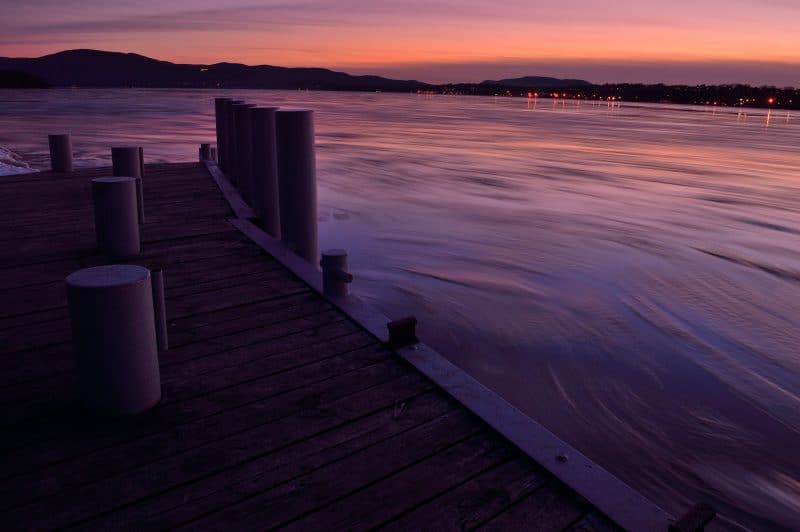 In the following excerpt, the author describes the captivating grandiosity of the Hudson river, how generations throughout history celebrated its place in their lives, culture, and expression, and how our commitment is necessary to preserving the quietly dwindling beauty. 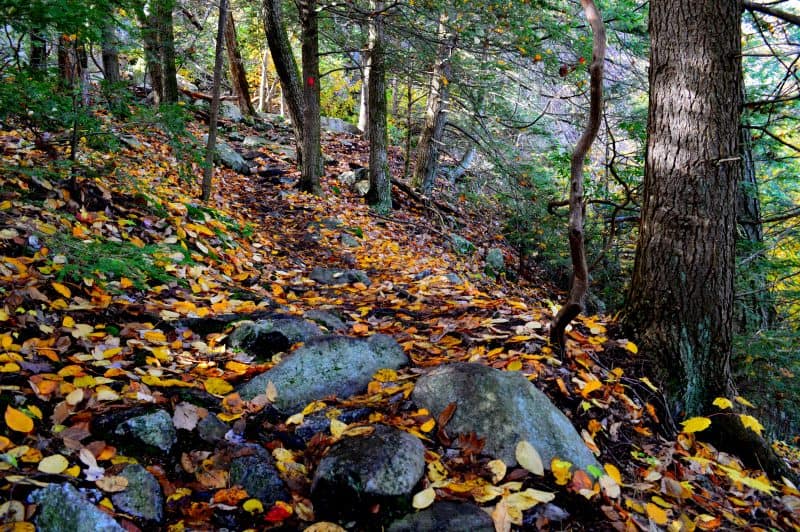 “Just as the first people to settle in the Hudson Valley were dependent upon what the Lenape called the Muhheakantuck, or “River that Flows Both Ways,” we also owe our success and fortunes to the river. Annual events celebrating the invaluable waters of the Hudson are proliferating.

The Clearwater Festival, one of the first to arise, is by far the largest. Held in June at Croton Point, a lengthy peninsula jutting into Haverstraw Bay, the widest part of the entire river, thousands flock to the two-day music-fueled jubilee, complete with innumerable booths and educational sloops, all centered on one common theme: the revival of the Hudson.

First organized in 1960s, this festival was initially created to bring to light the many negative issues affecting the then neglected river. It now draws approximately 15,000 people a year. The Hudson River Valley Ramble, another popular, yet more varied celebration, covers the history, culture, and trails of the region with numerous events scattered across the valley during the month of September.

These events, among many others, strive to get us to better appreciate our natural and cultural surroundings by fully immersing us within them. Only in this way is it possible to foster a society sincerely interested in fighting to protect our heritage.’

NYC to the Shawangunks 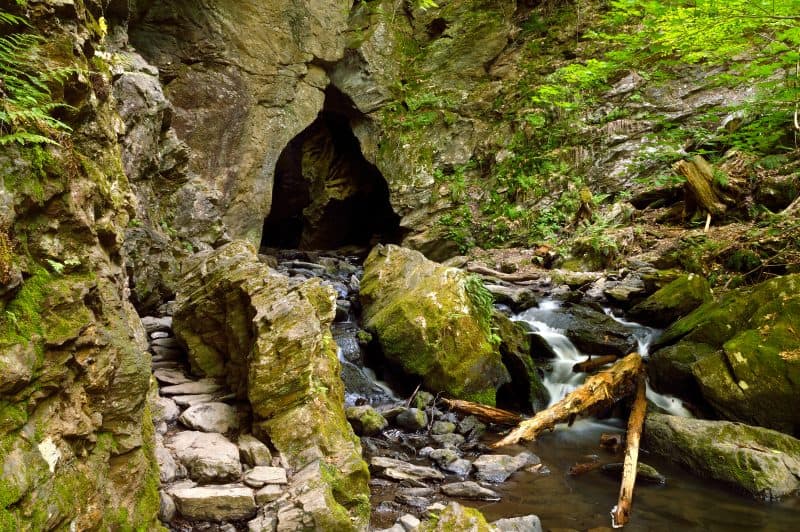 “The region denominated as the Hudson River Valley, stretches approximately from New York City northward past Albany, east to the Taconic Mountains, and west to the Shawangunk Ridge and Catskills, although the exact borders have long been in contention and the subject of many a well-fought debate. Specifics aren’t important.

To understand the Hudson Valley, one must regard it simply as a book. The Hudson, its central feature, is the supporting spine, and on either side, flowing east and west to the nebulous horizons are the pages that give the region its unique flavor and essence.

The river is the launching point into the interior, or heart of the landscape, in which dreams have been met, significant discoveries made, and intrepid adventures had—all creating a vastly memorable feature going far beyond that of mere utility when it comes to travel and commerce.

Rather, it’s fondly known and remembered for all it offers to the visitor and resident alike, in terms of both scenic beauty and opportunity.

The Hudson Valley, just like this book, is something that cannot be read or perused too often.” 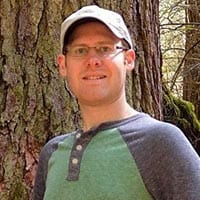 Mike Adamovic is best known as a naturalist and photographer. Over the years, he’s come across a bounty of stunning sights in the woods, which words alone are not apt to describe. He enjoys being able to share those experiences with others via photography, an art form that provides the most accurate representation of the natural world.

He’s had numerous photos and articles featured in a wide array of publications. Aside from running his photography business, Adamovic Nature Photography, he spends his time working on ecological restoration projects across the Hudson Valley as part of the team at One Nature, LLC in Beacon, NY.