I told my friends I would be visiting New York in July. “Ah, cool! Are you staying in Manhattan? Catching a show? Come swing by the Village, I know a great new restaurant that we could check out.”

Located fewer than three hours from New York City, one would think that this accessible slice of countryside would be familiar to a group of adventurous twenty-somethings born and raised around New York and New England.

Often overshadowed by popular upstate regions like the Adirondacks, visitors and locals alike seemed to forget about the quaint towns and stunning countryside of the Catskills. For those in the know, however, the Catskills promises an accessible, quiet escape from hectic city life, with all the charm and natural beauty one could possibly imagine.

Welcome to the Catskills Countryside

It was a hot and humid July afternoon when I finally arrived in Ulster County, the first stop on my tour of the Catskills.

I had watched as we drove away from the city, watched the skyscrapers shrink into toothpicks on the horizon, and as we moved further North I watched as the suburbs fell away into farms, and as the fields yielded to the rolling hills and mountains of the Catskills.

Winding down Rt. 28 and following the curves of the Esopus Creek, we soon veered off the highway and rolled to the front of our hotel: Emerson Resort & Spa.

The resort had the look and feel of a luxury wilderness retreat– exposed wood beams, large fireplaces, and views of the mountains in every direction–as well as a spa, a cafe, a restaurant offering “Catskill Creative Cooking,” and a rather eccentric claim to fame: the Emerson is home to the record-breaking World’s Largest Kaleidoscope.

That combination of rustic charm and inherent quirkiness seemed a defining characteristic of the Catskills. I saw it when we drove just 5 minutes down the road to the Phoenicia Diner for lunch, where a modern update on a classic menu complimented the unabashedly vinyl and very vintage restaurant.

I saw it that evening when we drove by the Ashokan Reservoir and stopped to explore the town of Woodstock, every bit as funky and colorful as the iconic festival that shares its name. I saw it the following day when we moved on to Greene County and explored both the nearby wilderness as well as the historic town of Tannersville.

I was impressed at how easy and convenient it was to navigate between the various small towns and natural attractions, and with such beautiful landscapes, even the time spent in a car felt something like an adventure.

In an area saturated with forests, mountains, and other rural essentials as the Catskills, there’s no shortage of ways to spend your time outdoors.

Hiking, biking, rafting, kayaking, skiing, fishing, you name it– all seasons, all-weather, there’s something for everyone to indulge their adventurous side.

One of the most popular and well known natural attractions in the area, Kaaterskill Falls, was an obvious choice for a quick visit. Towering 260 ft. tall, the two-tier waterfall is accessed by a short but steep half-mile hike and rewards hikers with stunning views of the falls and a few cool pools to splash around in.

For the daredevil vacationer, nearby Hunter Mountain offers more extreme views– if you’re willing to zip down a mountain 600 ft in the air to catch them!  New York Zipline Adventure Tours is the longest zip line and canopy tour in North America and offers four seasons of high-flying adventures and unparalleled views of the surrounding land and mountains.

We zipped down the mountain and above the trees for hours, laughing and yelling and swearing under our breath when we flew down the tallest cables.

The adrenaline left our hearts pounding and our stomachs grumbling, so after our zip lining tour, we popped over to Tannersville for a creative, gourmet lunch at  Maggie’s Krooked Cafe.

In every small town we visited, I was struck by the overwhelming sense of community and welcome that existed between the locals and visitors.

As we continued on to our third day of Catskill adventures, we visited the town of Delhi, NY, where we visited some of the local studios, shops, and markets that I had spotted in every town prior.

I chatted with the owners of handmade lamp studio Stone and Sawyer, met with many of the local artists who moved to the Catskills to establish their shops and studios, and mingled with the ever-friendly locals at the Delhi Farmer’s market. Two young girls carrying three puppies amongst them asked me to take a picture of them with my Polaroid.

An older woman served me a fresh-brewed glass of iced nettle tea. It was the quintessential summer day in a small town, and I felt as included in the routine as any who had lived there for years–and I was merely passing through on a single July morning. Later, we visited nearby Maple Shade Farm for a lunch sampling of foods from more local eateries.

The historic farm was first settled in 1785 and currently serves as both a wedding and event venue as well as a local hub of agricultural tradition.

Over plates of delicious fresh salads, artisan sausage, bread, and cheeses, and over glasses of locally-crafted hard cider and tea, a group of strangers, locals and visitors alike, smiled and chatted and laughed together with an ease that I was beginning to see the standard for any outing in the Catskills.

The following morning marked our fourth and final day upstate, and we were ending it in a big way: a visit to the original Woodstock festival grounds in Bethel Woods, NY.

I didn’t realize going into this trip that the festival wasn’t actually held in Woodstock, NY; rather, at the last minute the intended festival venue pulled out, and a farmer in Bethel Woods offered his land to host the now-iconic festival.

I learned this fact and more by touring the wonderfully psychedelic Woodstock museum in the Bethel Woods Center for the Arts, where you can browse pictures, videos, artwork, and more that tell the story of 1969’s most famous music event.

It was a poignant way to end our trip, looking back through the decades to an event that had at one point put the Catskills on the map.

With everything I had seen and experienced in my four short days upstate, I couldn’t help but think that the true beauty of the Catskills, more than the mountains and the quiet and all the quirky, friendly towns combined, was the community of kind people who have lived there and cared for it, connected through time by a love for the land they shared. 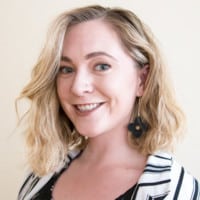 devzad.com/
If this story has inspired you to travel, why not check out the prices to get there and make it happen? Search airfares, hotels, and rental cars here. Thanks!