Where Families are Traveling

By any measure, the past year was a challenging one for travel as high profile terrorism incidents, volatile currencies, global refugees, Zika and extreme politics roiled the world. One might expect that families, who cite safety as their number one concern when planning a vacation, feared the turmoil more than other travelers.

Families are More Adventurous than Ever

The UN General Assembly has declared 2017 as the International Year of Sustainable Tourism for Development. In a rapidly changing world, where destinations are being lost to climate change, terrorism and other factors, families want to see everything now… before it’s too late.

And if this altruistic generation knows their tourism spending can make a difference, so much the better.

We predict that families who love to travel and can afford to will continue to do so, pursuing their interests, avoiding kids clubs, sharing their finds, and boldly going to some of these new or constantly refreshed destinations.

Boldly Going to These Destinations in 2017

Since rebel and government negotiators made a deal to end more than 50 years of fighting, there’s been renewed interest in travel to Colombia.

Served by JetBlue since 2012, around the time when its narco drug trafficking problem was brought under control, Colombia’s beautiful countryside in the Andes consists of rain forests and national parks above the altitude that Zika carrying mosquitoes can flourish.

The capital of Bogota has good museums and restaurants, bargain accommodations and a rich Spanish Colonial culture.

Pretty Cartagena’s UNESCO-designated fortifications, Caribbean port, and international nightlife scene have made it very popular with young travelers. Thanks to the recent peace deal with the FARC rebels, we think the country will soon attract families.

Copenhagen is truly one of the world’s most environmentally friendly and livable cities with eye-candy architecture, historic attractions, and world-class arts events. Noma, whose pioneering concept of Nordic cuisine earned it the honor of “best restaurant in the world” has brought global attention.

Perhaps more relevant, there’s no foreign language requirement to study abroad in Copenhagen, one of Europe’s top party towns. For whatever reason, the city that The Economist ranks as the 8th most expensive to live in the world, is on families’ 2017 To Do Lists. The Danish Institute for Study Abroad hosts programs from more than 200 universities and, as parents and younger siblings return from visiting Copenhagen, we predict the word will spread.

The trade organization CLIA reports 26 new ocean, river and specialty ships will said this year, a $6.8 billion investment. With this increased inventory, families will be taking advantage of very competitive pricing in traditional markets such as the Caribbean and Alaska (celebrating its 150th anniversary of transfer from Russia and the 100th anniversary of Denali National Park) to try cruising.

The reasons that make cruising appeal to families — amenities and activities for all ages, flexibility in planning, ease of travel, value — should inspire more sophisticated travelers to contemplate a cruise for first time trips to Europe, Asia and the Pacific as well.

If 2016 was the year of Cuba desire, 2017 should be the year of fulfillment, as families visit before the incoming administration halts interchange between Cuba and the U.S. The lack of hotel rooms has benefited Carnival’s new cruise line, Fathom, which sails from Miami to the ports of Havana, Santiago de Cuba and Cienfuegos on a week-long, well priced adventure emphasizing cultural exchange.

Several U.S. airlines have begun service but it will probably be 2018 – if relations are still intact – before any of the contracted hotel chains come online. Until then, the best values may be Canadian travel packages.

If Disney’s blockbuster and Oscar-winning “Frozen” can drive more than 40% increase in tours to Norway’s archipelago, then the 2016 animated hit, “Moana” should spur family travel to the Hawaiian Islands. The faraway tropical paradise which is our 50th state, long on the bucket list of honeymooners and surfers, is becoming the dream destination of preschoolers.

And where preschoolers want to go, said a 2015 Homeaway study, parents will go, since 87% of parents admit kids have a big say in vacation planning.

The 2016 Teen Travel Trends Report from FamilyTravelForum.com found that 41% of teens cited “Cultural Exploration” as the motivating reason for their trip, a trend that will boost visitation to Montreal as it celebrates its 375th birthday . The largest city in Quebec will feature many free or low-cost events such as Les Hivernales, celebrating winter in the parks with snowshoeing, curling, winter biking, zip-lining, dog-sledding, and an outdoor hockey tournament.

In May, the beautiful Jacques Cartier Bridge will be illuminated and the Royal de Luxe street theater company will perform “Walk of Giants” on the city streets. Montréal AVUDO will bring free multimedia shows to the Old Port nightly in summer, along with dozens of concerts, arts events and museum exhibits.

Orlando has always been a major destination for families and 2017, with so many theme park attractions and sports venues opening, is shaping up to be the same. Universal Orlando will open its first waterpark, Volcano Bay, and the highly anticipated “Pandora —The World of AVATAR” (themed to the blockbuster film) will rock Animal Kingdom in Walt Disney World. SeaWorld Orlando will transform the Kraken roller coaster into the city’s first virtual reality ride.

Two openings, Ninjagoworld and a new hotel, Beach Retreat, will expand the offerings at Legoland in Winterhaven. Another magnet for families will be the new high-speed commuter and tourist train, Brightline, due to run between Miami International Airport and Fort Lauderdale by summer and connect all the way to Orlando in 2018.

Out of the panic caused by terror attacks in Paris, Brussels, Nice, Berlin and other European cities, sleepy Portugal has emerged as Europe’s favorite new family destination, rivalling Croatia. Popular with budget travelers for its good food, local wines, Fado music and comfortable cheap hotels, we know families already love this coastal destination by the investment in luxury resorts made by Martinhal Family Hotels & Resorts.

Grandparents and Boomers will lead a multigenerational charge to San Francisco, a city celebrating the 50th anniversary of the colorful Summer of Love in 2017. The nearly 100,000 young people who converged on the Haight-Ashbury neighborhood in 1967 to share their love, music, psychedelic art, fashion style, and communal spirit began a movement that still resonates. Expect a full year’s worth of museum shows, concerts, historical exhibits and special hotel packages to keep free spirits alive.

As the getting-there experience declines, we predict more families will turn to exploring their own town or region. That’s great news for all the CVBs which have poured millions into developing free festivals, outdoor programing, arts events and more to attract visitors.

Also for the national parks, whose wildly successful campaign for the parks’ centenary will have a big lift effect in 2017. This is the year to go local, buying a season pass to the regional ski resort or waterpark, a CityPASS for city exploring, and a guide to the nearest parks.

Canada has long been under-appreciated and, as a favorable exchange rate (CDN$1 = US$.74) coincides with myriad celebrations of 150 years of Canadian unity, American families will be drawn to explore their northern neighbor. Toronto is Canada’s largest city with nearly 3 million inhabitants, and its affordability and coolness factor place it high on family travelers’ wish lists. 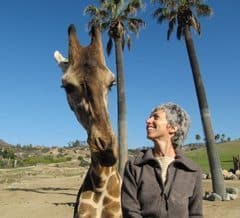 Kyle McCarthy is the editor and publisher of Family Travel Forum, a website and organization devoted to family travel around the world.