Abu Dhabi, ‘Father of the Gazelle’

My first visit to Abu Dhabi (Meaning ‘Father of the Gazelle’ in Arabic,) was in 1989 and even during those years, this rich emirate had its own appeal vis-a-vis its own more popular city-state Dubai.

After that I had been to Abu Dhabi at least five times, being closer to Oman where I used to work for a living.

During the last few years, the gleaming capital of the UAE has been continuously in the news, for the Saadiyat Island. The Cultural District, the cultural component on Saadiyat Island, will host still incompleted museums like Zayed National Museum, Guggenheim Abu Dhabi, Louvre Abu Dhabi, the Performing Arts Center, the Maritime Museum, and the Manarat Al Saadiyat. The well-planned city is all set become a major tourist hub in the Gulf and West Asia.

Once I had an opportunity to stay at the opulent Emirates Palace, the epitome of super luxury, which made for a lifetime experience. Adorned with 114 cupolas, the hotel looks enormous from a distance.

The facades reflect the many hues of desert sand. A total of nearly luxury suites, 302 deluxe rooms, and 1,000 crystal chandeliers adorn the palatial building.

The private beach is 1.3km in length. Need I say more? And yet another hotel, the Yas Hotel, is creating waves.

The wealthy city sits on an Island which connects to the mainland by two bridges. The oil wealth is clearly manifested in its gleaming glass-covered skyscrapers which dot the skyline amidst tree-lined boulevards, manicured roundabouts while large parks soften the futuristic cityscape.

Among the major site for a must-visit is the Shaikh Zayed mosque built in memory of the visionary founding father of the UAE and its first president, Sheikh Zayed bin Sultan Al Nahyan.

A fine specimen of Islamic architecture the dazzlingly white structure can accommodate 40,000 worshippers. Beautiful flowery motifs adorn the walls while artificial lakes add more beauty to the edifice. Non-Muslims are allowed entry but with modest attire (no shorts, etc).

The stunning Corniche is a place to be to relish the spectacular eight kilometers of manicured waterfront that includes children’s play areas, separate cycle and pedestrian pathways, cafés and restaurants, and the Corniche Beach – a lifeguarded beach park.

Beachgoers should also spend some time on the stunning Saadiyat and Yas public beaches or for a spot of luxury they can book a day in the uber-luxurious Monte Carlo Beach Club, Saadiyat.

Abu Dhabi has added yet another feather in its cap with the opening of Ferrari World Abu Dhabi , the world’s first Ferrari theme park, on Yas Island.

This fantastic amusement park is comprised of Formula Rossa, the world’s fastest roller coaster, and Speed of Magic, the region’s first four-dimensional fantasy ride beside 20 other amazing rides.

Guests will also gain a rare insight into the inner workings of Scuderia Ferrari, the racing team division at Ferrari, at The Paddock and to emulate the experts by changing the tires of an F1™ car.

Guests can also go on a spectacular journey flying over the scenic Italian countryside on Viaggio in Italia. Opening hours are from 11:00 am- 8 pm, seven days a week.

For those inclined towards heritage a visit to al-Hosn Palace, also known as White Fort, which was built in the late 19th century as the official residence of Abu Dhabi’s rulers, is rewarding.

If you have ample time at your disposal the city’s nearly 25 parks offer great solace. These lush pockets of greenery reflect the commitment of the ruling family to the beautification of this desert city, and most contain water features and children’s play areas, says the tourism brochure.

If you wish to plumb the depths of Abu Dhabi’s coast a plenty of dive sites make for a great adventure. And for desert freaks, venturing into the deserts by 4-WD makes for a real adventure.

My penchant for Arabic handicrafts hurled me inside the Old Souq near Abu Dhabi’s waterfront.

This Aladdin’s cave is home to a vast repertoire of goods, from gold jewelry and trinkets to cheap clothes and incense. I emerged from the souq and ambled to the corniche by the harbor.

The distinctive Volcano Fountain and its surrounding gardens are the focal points of the area which is a pleasant place for an evening stroll.

I had booked a sunset cruise and watching the sun go down over the city’s towering skyline was a feast for the sore eyes.

The city is replete with public parks and guests can de-stress in these parks after an hectic sightseeing. These lush pockets of greenery reflect the commitment of the ruling family to the beautification of this desert city, and most contain water features and children’s play areas.

It seems a miracle that once a fishing and pearling village of mud and palm-frond huts until oil was discovered here 50 years ago, Abu Dhabi has jet-setted its way to become a tourist and business hub of West Asia.

For shopping: Traditional arts and crafts, such as weaving and producing hand-made souvenirs, are practiced at The Women’s Craft Centre on al-Maktoum Street. Visitors may purchase these artifacts at fixed prices.

Heritage Village which spreads across 16,800 square meters at the Breakwater on the Corniche provides an insight into the traditional lifestyle of the country – fishing, agriculture, cattle grazing and desert life – under one roof. To lend a realistic touch to the portrayal of life in the past, there are live demonstrations by artisans of boat-making, preparation of local delicacies and bread-making.

For high-end brand lovers, the Abu Dhabi Mall near the Beach Rotana Hotel and The Marina Mall on the Breakwater will certainly wow with its chic shops.

Hotels and food may on the higher side of one’s budget, but it is every worth to be in Abu Dhabi once in a lifetime. Abu Dhabi’s standing as an emerging leisure and business tourism destination was given a boost recently at Middle East World Travel Awards when five of the sector’s stakeholders scooped a total of seven awards at the 22nd annual awards ceremony. A visit to Al Ain nearby is highly recommended. 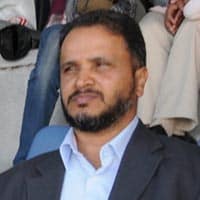 Aftab H. Kola is a senior journalist and experienced travel writer; contributed hundreds of articles on travel, heritage, food, people, culture, etc to international newspapers and magazines. He was based in Oman from 2002 to 2014 and now settled in India. He may be contacted at aftabkola@hotmail.com 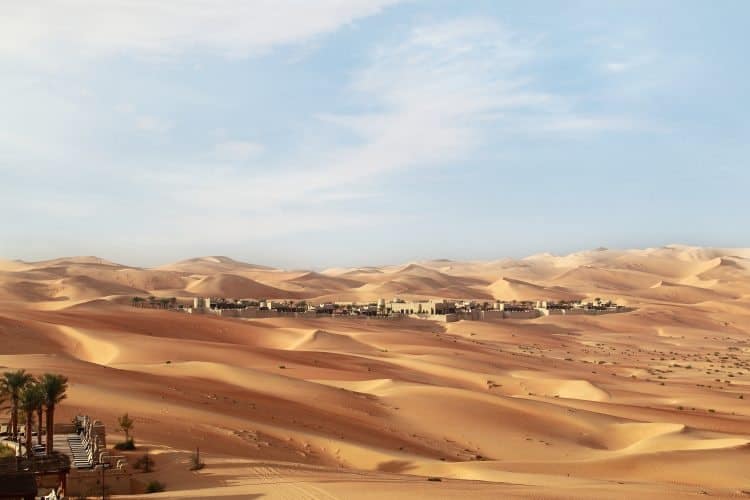 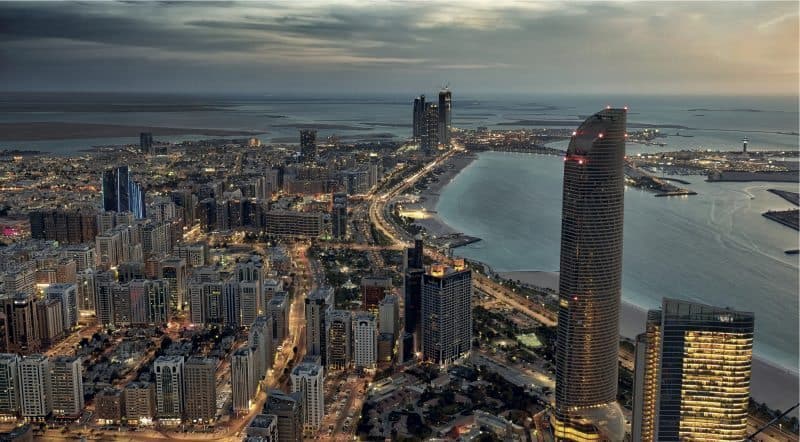 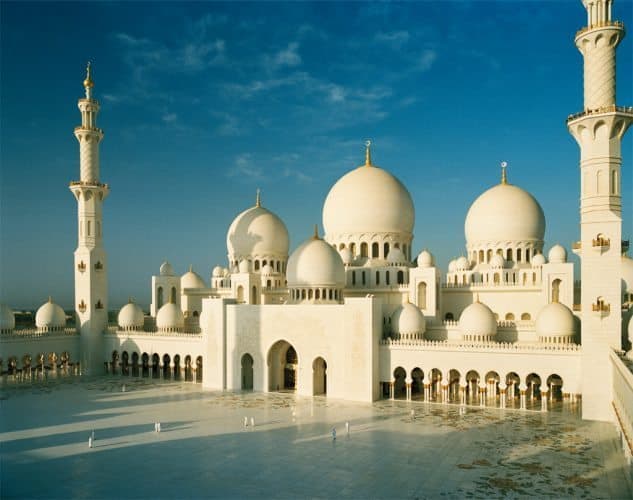 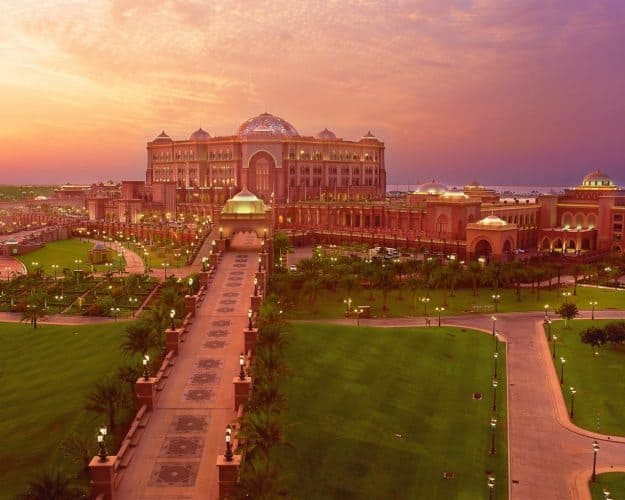 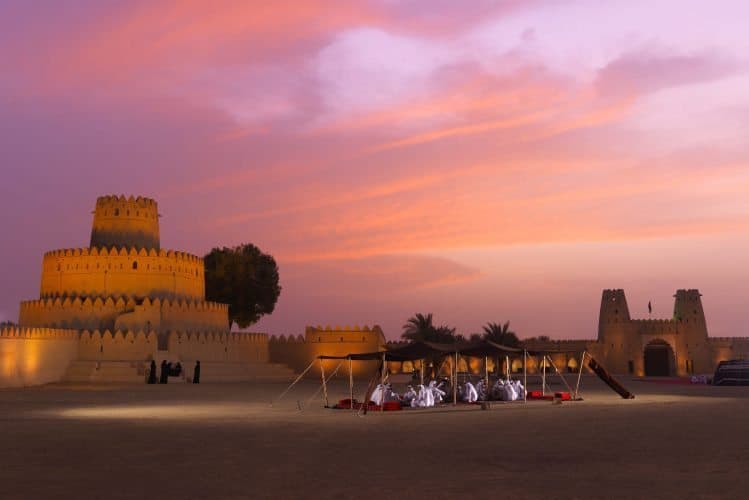 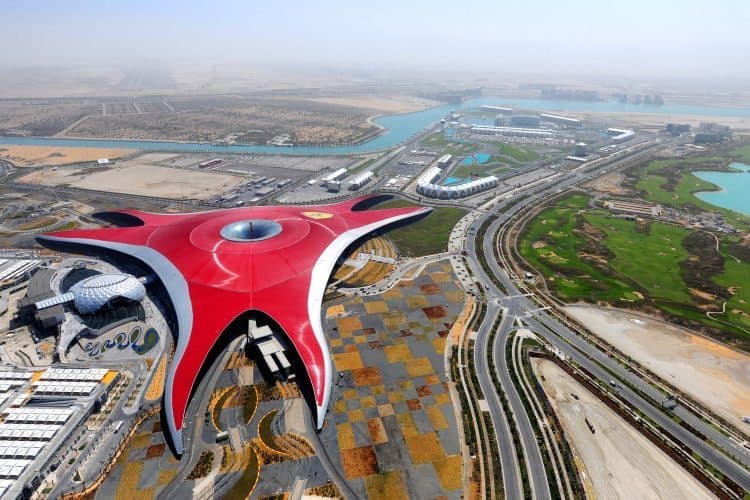 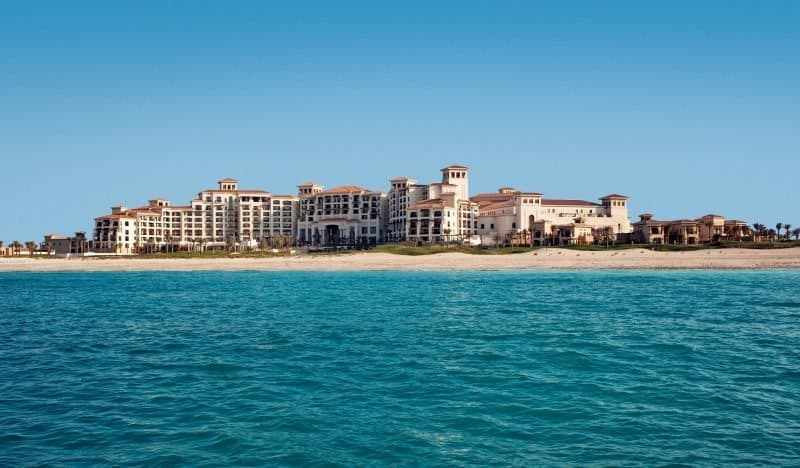 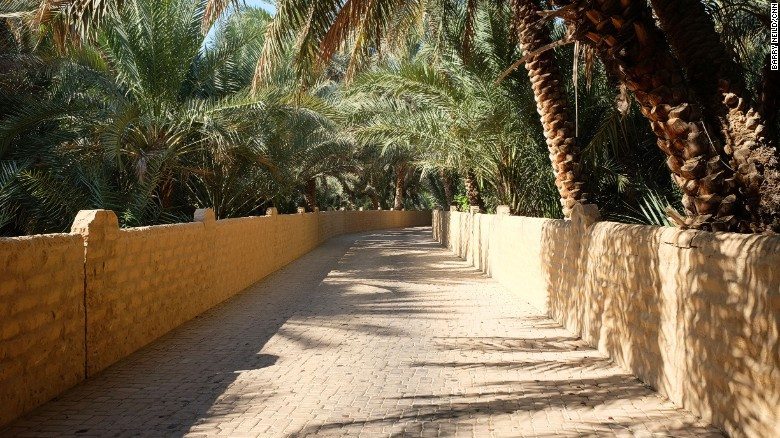 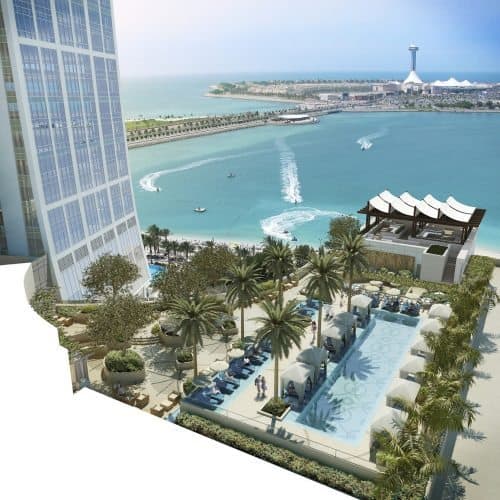 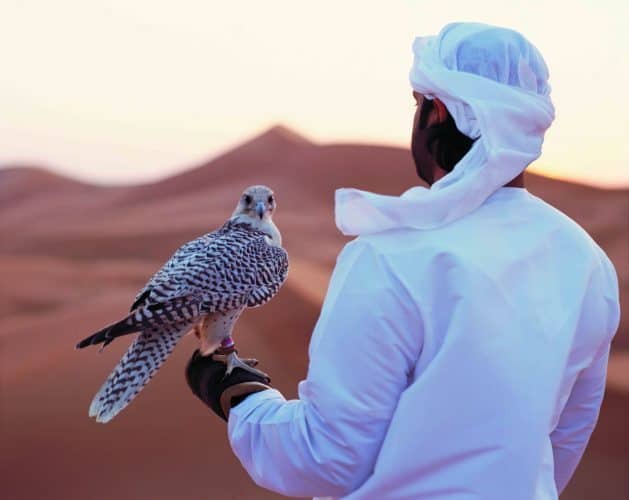 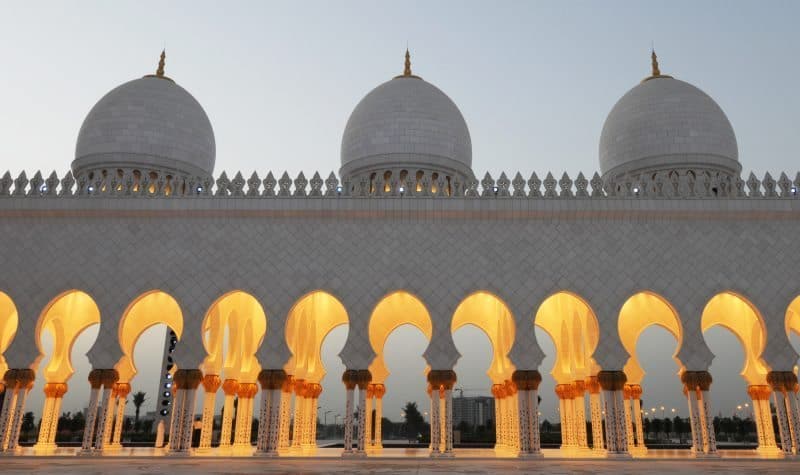 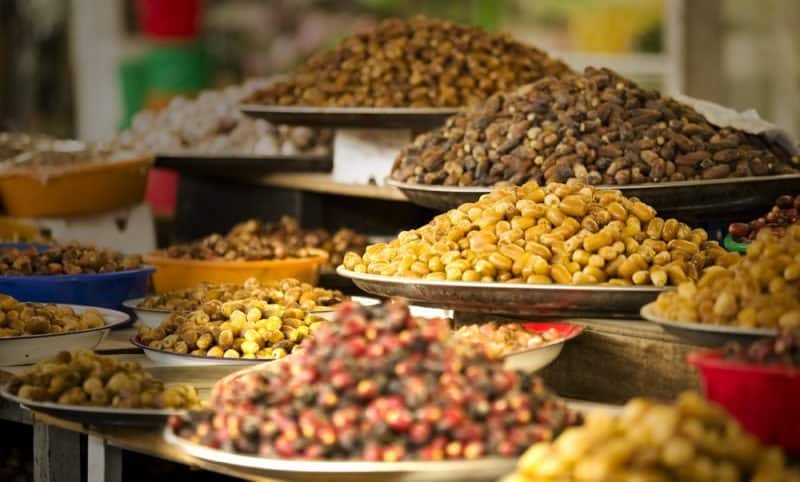 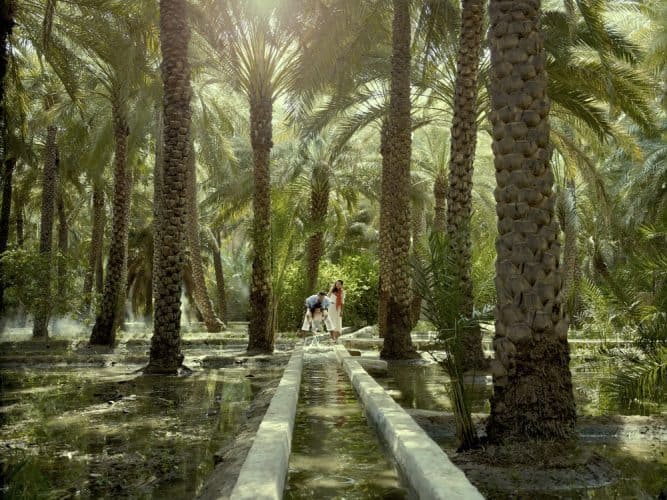 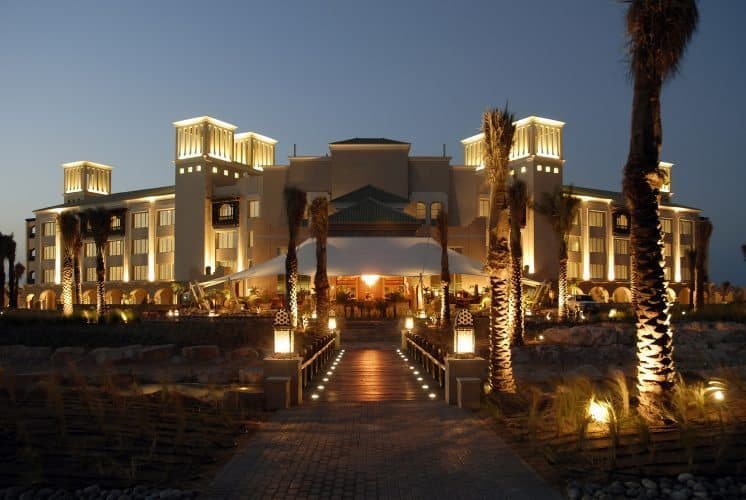 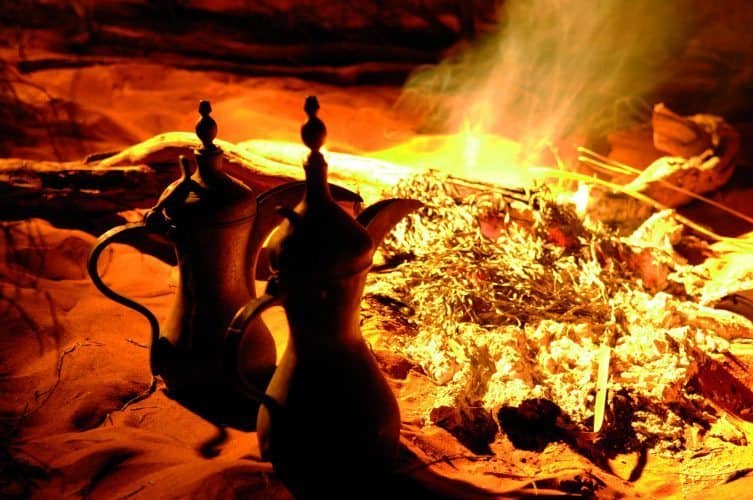 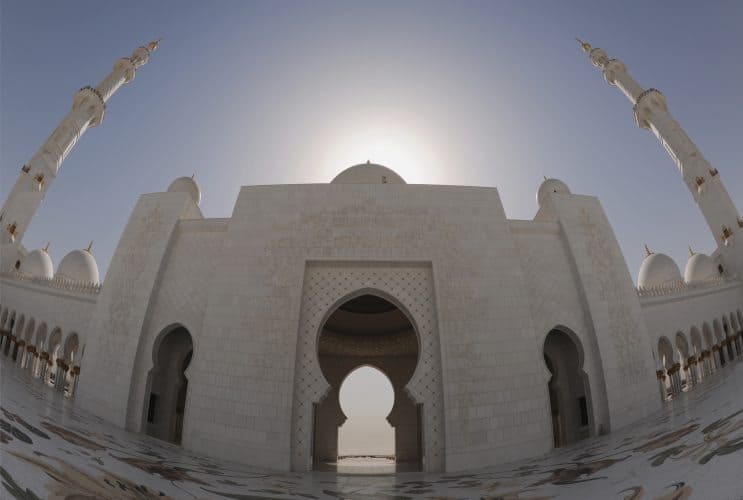 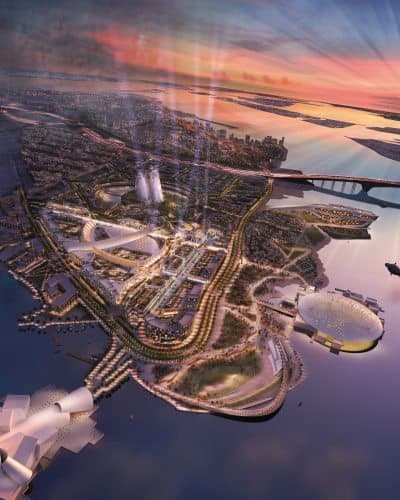 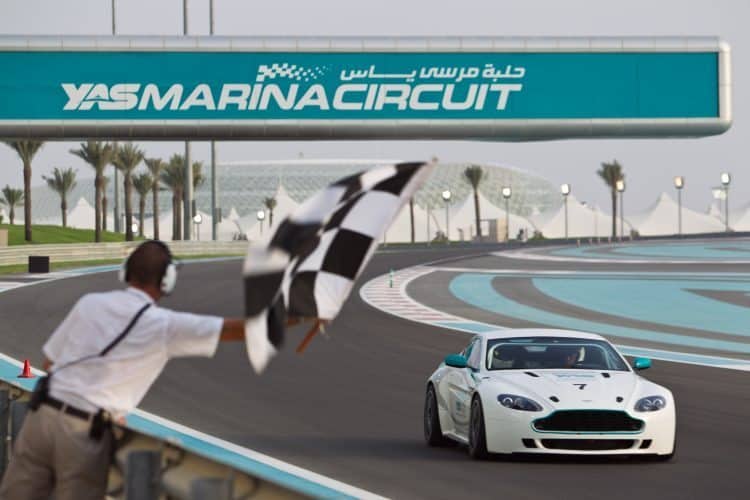 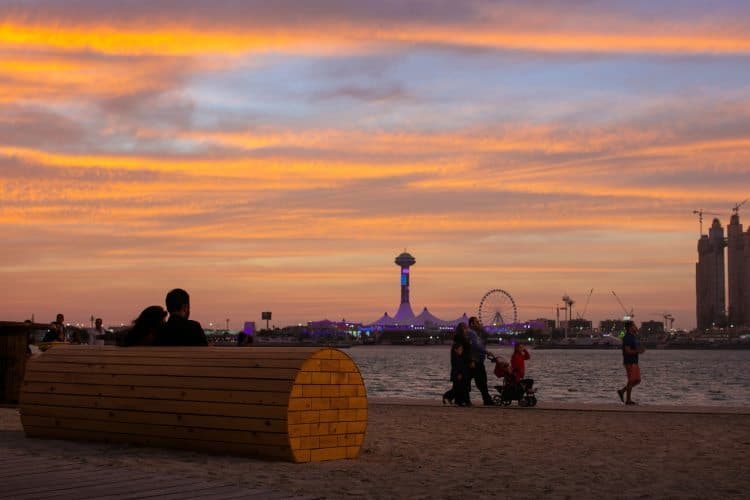 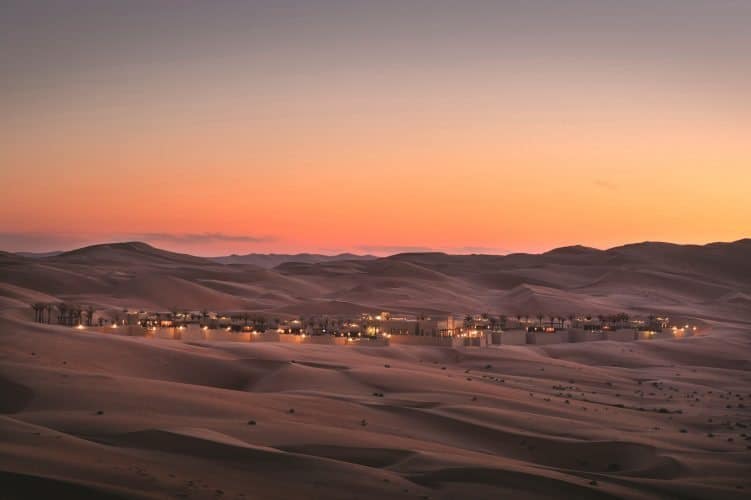 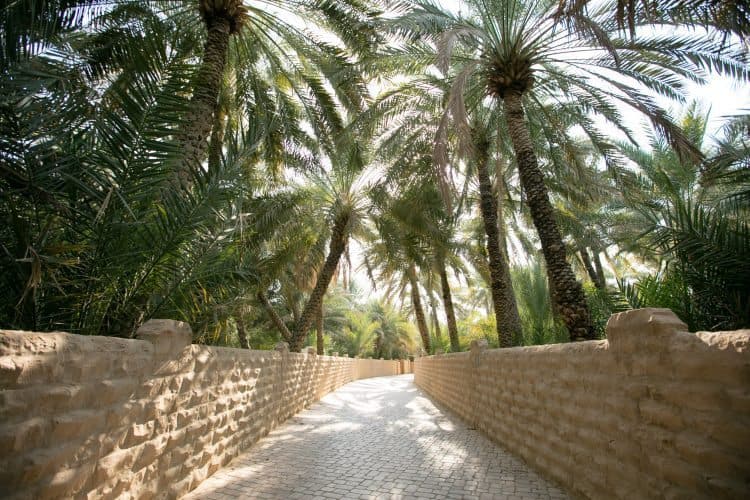 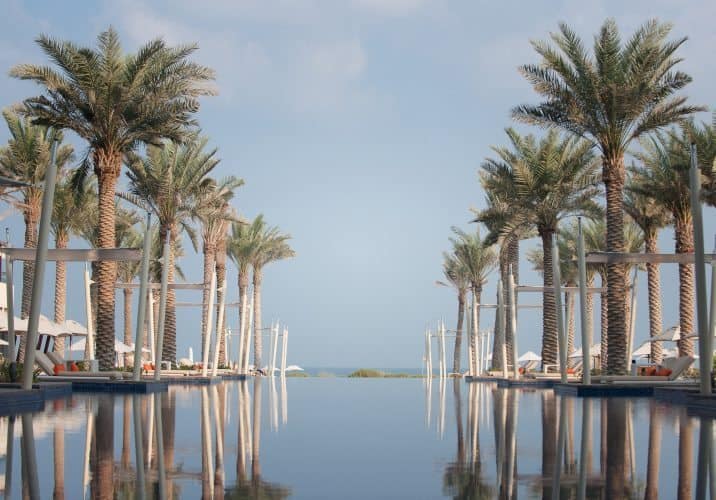