I sit down in the lobby of the breathtakingly opulent Emirates Palace Hotel and am served a cup of cappuccino with chocolate swirls and 24-carat gold sprinkles on the creamy foam. Really.

There’s a curl of real gold on my chocolate petit-four. The wealth here is palpable. It’s mind-blowing what the discovery of oil, the “black gold”, can do for a country.

The reception area of my five-star beach-front hotel is not unlike hundreds of other hotels in Abu Dhabi.

Sitting in plush chairs under the domed ceiling are Muslims, Germans, Australians, Japanese, Indians, Pakistani and British, all of them speaking English and many of them conducting business.

On the wall is a portrait of the beloved Sheikh Zayed bin Sultan Al Nahyan who founded and united the seven Emirates in 1971 and served as President until his death in 2004.

There are twelve restaurants in this hotel, it is attached to a mall, and the “beach” is man-made on the shore of a narrow channel between Abu Dhabi Island and man-made Al Maryah Island.

Across the way is an ever-changing skyline dotted with gleaming new buildings that house Adnoc (the national oil company), wealth management companies, banks, and medical facilities.

One of the Seven Emirates

Abu Dhabi is the capital of the UAE and one of the seven Emirates. It is bordered by Oman to the east and Saudi Arabia to the south and lies on the Persian Gulf about 160 kilometers south of Dubai.

Until the mid-20th century, this was a dry desert with a small settlement and a simple subsistence economy.

Then in 1958 massive oil fields were discovered under the Abu Dhabi sands, Sheikh Zayed took over as ruler of the Emirates in 1966, and the UAE gained independence from Britain in 1971. Expats flooded in from all over the world and the city’s society and economy were transformed.

Today, millionaires and billionaires wander the hallways of glitzy shopping malls, the men wearing the dish-dasha, a long white robe that always looks immaculately pressed, and the keffiyeh headscarf secured in place by a black hose-like agal, the women wearing the long black abaya and a hijab covering their head and neck. Many of these garments are designed by couturiers.

On the highways, you will find Mercedes, BMW’s and even some Ferrari’s and Lamborghini’s. New construction is going on everywhere and man-made islands are being developed.

Hundreds of thousands of palm trees have been imported from all over the world. The Louvre Abu Dhabi museum has just been inaugurated and the Guggenheim Abu Dhabi is in the works. There are no homeless people here.

Sheikh Zayed was firmly committed to the development and set out to use the impressive oil wealth to build a city that is one of the richest and most developed in the Gulf.

He made substantial investments in oil and natural gas, infrastructure, manufacturing, retail, real estate, and tourism, and brought in workers from other countries. His eldest son and successor, Sheikh Khalifa bin Sultan Al Nahyan, is following in his footsteps.

The result is that the UAE has one of the highest GDPs per capita in the world and an almost non-existent unemployment rate. It is considered to be among the world’s most highly developed countries, along with the US, Canada, Germany, the UK, Japan, Sweden, Switzerland, Singapore, and Australia.

Sheikh Zayed also created the Grand Mosque at the eastern end of the island in hopes of providing a place where Muslims and non-Muslims alike could go and discover Muslim art, history, and philosophy. Words cannot describe the incredible beauty of this masterpiece, which for the past two years has been rated the second top landmark in the world by Trip Advisor.

It’s a white cream puff of a building, made of marble, stone, gold, semi-precious stones, crystals, and ceramics.

It is adorned with 82 domes of seven different sizes, slightly more than 1,000 pillars, 24-carat gold gilded chandeliers, and the world’s largest carpet weighing 35 tons and handmade by 1,300 carpet knotters over two years. It can accommodate 41,000 worshipers.

In stark contrast to the Grand Mosque is Etihad Towers, a complex of five sleek high-rises across the street from the Emirates Palace Hotel that contains offices and apartments, the Jumeirah Hotel, and a small shopping plaza with upscale stores.

I take the elevator to the 75th floor of Tower Two where I get a bird’s eye view of the “new” Abu Dhabi from the observation deck.

I can see the over-the-top Emirates Palace Hotel and its lavish grounds across the way, and the Presidential Palace, gleaming white in the cloudless sky.

Land and man-made islands just waiting to be developed are clearly apparent from way up here.

Next is Yas Island, a magnificent man-made island that is designed for leisure, entertainment, and shopping. The project was initiated in 2006 and is opened in 2018, so you will see lots of construction in process on the desert sands.

The Yas Viceroy Hotel is built over the race circuit and is the first of its kind in the world. Yas Mall, one of the largest in Abu Dhabi, can be found here next to IKEA, and the UAE’s second-largest ACE Hardware store is on Yas Island.

On a simpler note, I take a walk skirting the construction area in front of my hotel to the row of shops similar to those you might find in a traditional Middle Eastern souq.

No Bargaining in the Souk

But I’m disappointed to find that there’s no bargaining here even though the displays are similar to what I have seen elsewhere in my travels and where I’ve been able to do some serious negotiating—“cashmere” scarves, embroidered dresses and tunics in colorful “silk”, beaded slippers, tall brass coffee pots with curled spouts, and t-shirts that say “I love Abu Dhabi”.

The big so-called “traditional” souq that is high on the list for tourists is near the World Trade Center in a modern multi-story building.

Everything is shiny, pretty, and well displayed. It’s more like an art emporium than the souqs I’ve encountered in Asia and Africa.

This is an awe-inspiring country, but it is not to say that Abu Dhabi doesn’t have its share of problems stemming from its remarkable growth and prosperity.

There are practical concerns like a lack of sufficient parking, trouble recruiting enough health care professionals to meet the demands of a growing population, and inadequate safety precautions in motor vehicles and around swimming pools.

But there are other problems too that affect the very heart and soul of the nation. Education researcher Peter Hatherley-Greene paints a vivid picture of what has happened here.

The generous welfare system provides citizens of the UAE with a house, a job, a salary, free education and medical care, and subsidized utilities.

But at the same time, incentives to work hard are gone since the reward comes anyway. Emirati leaders even periodically cancel the debts of citizens, severing the link between actions and consequences.

An amazing example occurred in 2012 when people who had defaulted on loans of less than five million dirhams ($1.4 million) saw their debts wiped away.

There’s also been a departure from the tradition of community and the teachings of Islam. At one time there was a strong sense of community and mutual interdependency necessitated by the harsh physical and climatic environment.

Different families and tribes came together just to survive. But today this is not necessary—oil “takes care” of them.

Children have probably suffered more than anyone else. There are increasing rates of divorce among Emirati and a high dependency on foreign housemaids.

Children are often subjected to parental neglect and many are victims of violence in their own homes.

Schoolrooms can be difficult to control so learning is hampered, and there’s an increase in juvenile crime.

And childhood obesity and type II diabetes have become problems for the first time as the diet has shifted away from traditional rice and roasted meat.

These are discouraging findings. But I find simpler ways of life just outside of the capital—in the oasis city of Al Ain where camels, goats, and sheep are bought and sold at the daily Camel Market and dates are farmed, and in the outskirts of the desert where some Bedouin families still live.

Out here, maybe some of the old values still hold true. I won’t get gold sprinkles on my cappuccino, but I will be able to watch local artisans at work in their tiny workshop and wander through the farm where dates are being harvested and there’s a tiny mud mosque for the workers.

Maybe too, some of the problems that Peter Hatherley-Greene identified are not so prevalent here 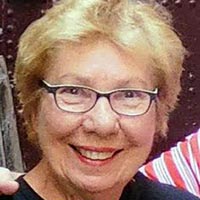