Istanbul: Living on the Asian Side

Across the Bosphorus Bridge
Living on Istanbul’s Asian Side 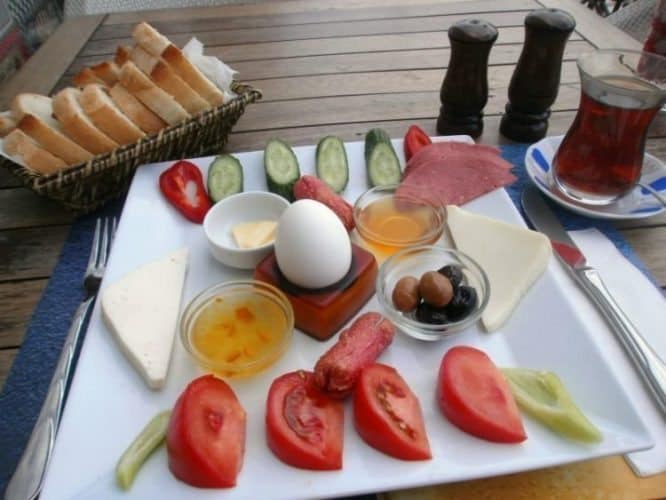 One Saturday morning in April, I couldn’t help but feel a little smug; my European-side friends had to endure a long trek to meet me for a change.

Just forty minutes from the Asian-side pier at Bostancı, taking in views of the city and the islands en route, I felt refreshed and relaxed when I got to the island.

A welcome change from the usual travel-weariness of weekends spent on the other side.

When the recruitment agency I got my teaching job through placed me in a school far out on Istanbul’s Asian side, I must admit that I felt a little hard done by.

Forty minutes by train to Kadıköy, an hour and a half and upwards to the European side, I pretty much resented living out in the sticks. Maltepe, the seat of my exile, is an extension of Istanbul’s suburban sprawl, and for young, single expats, not an ideal place to wind up.

But as a harsh winter yielded to the warmth of spring, it also shined new light on my situation here.

This particular weekend spent on my side of the Bosphorus helped change my feelings about living here and to start making the most of all it has to offer.

Far From the Maddening Traffic

Stepping onto the island, a rush of freedom tingled through me. There are no cars on the Princes’ Islands and coming from the traffic-thronged mainland, this absence is noticeable immediately.

You see, the street I make my way to and from school every day is the well-known Bağdat Caddesi. This tree-lined boulevard is famous for designer shopping and fine dining, but that’s just one part of it.

Bağdat Caddesi spans fourteen kilometers, and the further it goes into Anatolia, well-planned organization transforms into a cluster of shops and a chaos of cars and minibusses.

Going to school every day, the assortment of hardware shops and construction sites I pass on the way, coupled with the constant horn-blasting of minibus drivers, grates on my nerves. Being in a car-free zone, I felt a weight had been lifted.

All Roads Lead to Dock Square

I met Jo and Annie outside the Ottoman-era ferry terminal on the pier. Turning left, we strolled past the strip of formal-looking waterside restaurants to a little marina dotted with pretty fishing boats.

I spotted the towering minarets of the Maltepe Mosque among the white concrete city landscape, glad to view it from this distance across the water. From here we walked up a side street towards the island’s town center.

Several roads diverge from the central ‘Dock Square’: to the pier, the marina, the horse-drawn carriages (faytons) and bikes for hire and to routes around the island.

A clock tower stands in its center amidst cafes and restaurants.

After a quick cup of Nescafé, Turkey’s favorite brand of instant coffee, we made a deal with one of the many bike hire shops and got our wheels for 10 TL each for the day.

Following our complimentary map, we set off on the prescribed route.

Competing with pedestrians, horse-drawn carriages and other cyclists for road space, we wended our way up 23 Nisan Caddesi.

Rubbernecking past the old-worldly Ottoman-Victorian mansions while keeping a peripheral eye on the road was no mean feat; several emergency stops were required.

But, further along the route, pushing our bikes uphill through a wood of short, crooked pine trees and catching glimpses of the sea glittering below provided some uplifting contact with nature. The sounds of birdsong, faytons rattling by and the hoof-fall of horses accompanied our trek; a pleasant change from the city noise of impatient drivers and endless commerce.

A View From the Top

We arrived at Luna Park at the foot of the incline to the island’s highest point, where faytons were parked in wait for their passengers to return from their jaunt to the top. We made our way up the narrow cobbled path leading to the peak on foot.

The uphill hike was tough going and further than I had expected, but when we eventually reached the summit, out of breath and sweating, it felt worth the effort. Panoramic views of the islands nestled in the sea with the Istanbul cityscape in the distance

Back at the pier three hours later to check ferry times to Kadıköy, on an impulse we hopped on a ferry to the archipelago’s second biggest island, Heybeliada – Saddlebag Island. Annie, having been there before, knew of a good place for restorative food and drinks. A ten-minute crossing and we disembarked at this island’s more modest pier.

Tempted to stop at one of the many pier-side restaurants, with their tables and chairs sprawling out of doors, calling to my weary legs to sit down, Annie insisted we keep walking.

We followed her along Ayyıldız Caddesi to the right of the pier, passing the foul stench of a fayton yard, a small marina, and a few grand but decrepit wooden mansions towards more pine woods.

By now it was early evening and hordes of Turkish day-trippers were headed for the ferries, carrying picnic gear, bags of rubbish, footballs, and volleyballs. Undeterred by this mass-exodus we continued to Değirmenburnu Restaurant and chose a spot with stunning tree-framed views of the sea below.

We ordered tavuk şiş (chicken shish kebabs), a bit pricey at 12 TL, and beer. We were on our second can of Tuborg Gold when the sun began its colorful descent. I’ve rarely found myself in such idyllic surroundings to watch the sunset.

The sky glowed a deep shade of orange as the sun disappeared behind the horizon. After the photographs were taken and the day turned to night, we decided it was time to catch the ferry to Kadıköy.

Back to the City

We arrived in Kadıköy an hour later to a roar of cars, buses and crowds. I missed the peace of the islands already. From the pier, we crossed four lanes of congested traffic and turned left off Rıhtım Caddesi towards Güneşlibahçe Sokak.

Going up this long market street, we passed the Balık Pazari (fish markets), the strong odour from which, at the close of a long day’s business, followed us up the street; numerous fruit and veg markets, bursting with freshness and color under fluorescent lights; and rows of meyhanes (Turkish-style taverns) with their smartly-uniformed waiters trying to tempt us inside with their menus.

Taking a left at the highly-recommended kebab and mezze eatery, Çiya Sofrasi, we wound our way through Kadıköy’s quieter back streets.

A few wrong turns led us off track, but a quick stop for directions to the Rexx Cinema put us right again. From the Rexx we turned right onto Kadife Sokak, or Bar Street, its fitting appellation.

The Saturday-night crowd filled the street and free street seating was thin on the ground. We were lucky to spy one table of revelers taking their leave and wasted no time in securing their spot for ourselves.

Sitting on high stools at a round bar table outside Kadife Club near the top of the street, the subdued party atmosphere was the perfect antidote to our active day.

After Saturday nights out in the European-side social hub of Taksim – which usually end as the morning call to prayer begins – I don’t see the light of Sundays till late afternoon.

On this Sunday morning, however, I met Jenny, a teacher friend who lives in Kadıköy, for breakfast in the Mado in Moda.

We sat out on the quiet footpath along Moda Caddesi under the mid-morning sun and ordered traditional Turkish breakfasts.

Tummies full and a long day ahead of us, we strolled around the quiet streets of Moda and into the more bustling markets of Kadıköy.

Rambling along these myriad streets brimming with cafes and teahouses, shops and markets, the hours quickly passed us by.

There is something new to be discovered in these neighborhoods every time I come. As the afternoon sun grew hot and languor set in we decided a picnic was in order. Walking the length of Moda Caddesi again, we followed the road to the left going down towards the sea.

In the seaside park under the shade of the low and leafy trees, we made ourselves comfortable for the day.
The park was full of Turkish picnic-makers and their dogs; the quiet being occasionally interrupted by a battle of the pooches as owners struggled to control their pets.

We sat there for hours, just enjoying being out in the sunshine with a few glasses of red wine. When the sun began to set and a chill came into the air, it was time to go – the Sunday-night blues had to be faced eventually.

But it wasn’t so bad; I had that feeling of satisfaction after a weekend well spent – fun, relaxing and in the company of friends.

Living in the suburbs is far from how I imagined my life in Istanbul to be and if it had been easier to change jobs and move, I would have. But on the other hand, I’ve had a chance to experience some un-westernized Anatolian culture while living in Maltepe.

After day trips to Sultanahmet, the powerhouse of tourism in Istanbul, being asked where I’m from and told how nice my blues eyes are every couple of yards, it’s always good to come back here where no-one’s trying to sell me stuff I don’t want.

Whiling away the evenings playing backgammon in the local nargile taverns, going for walks along kilometers of the seaside promenade with views of the Princes’ Islands in the distance and getting by day to day on my limited Turkish, always finding the people friendly and willing to help, I’ve grown to like it here.

With the coming of spring, what I once called ‘smelly old Baghdad Street’ is now awash with the bright colors of beautiful chrysanthemums and pansies.

Tiny gardens are blooming with expertly-manicured rose-beds and bright potted plants. Walking down Bağdat Caddesi or towards the sea, I’m occasionally hit by the sweet perfume from these gardens and the fragrant trees, something that’s hard to come by on the other side.

Even if Maltepe isn’t the most aesthetically pleasing or historically interesting place I could have found myself here in Istanbul, the simple pleasures I’ve been enjoying here recently help me to remember that it’s not always what you have or where you are but what you make of it that counts.

Geraldine Brady is an English teacher and freelance writer from Ireland, currently living in Istanbul.

Learning To Surf in Costa Rica: You're Never Too Old
Russia's Home to the Golden Domes
Under the Radar in Cozumel, Mexico
The Dog Lady of Mexico
A Segway Tour of Paris: Detours You Won't Find in Your Travel Guide
Ukraine's Capital City Kiev Defines "Extra"