Fun Things to Do in Duluth and on Lake Superior

In Northern Minnesota, Duluth Comes Alive with Concerts in the Summer 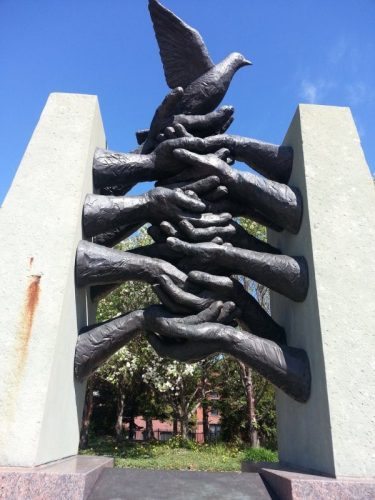 When I was a youngster growing up in the ’60s my dad used to pack all six kids into the station wagon and head up to the famous “north shore.”  This is considered the Arrowhead Region of Minnesota.

I’m not going to lie some of the first times I saw Lake Superior was pretty scary for me. The shipwreck of the Edmond Fitzgerald had not even happened at that point but it might as well have in my small eyes. The waves were huge.

We camped along her mighty shores and why should I have remembered the names of these state parks as I’d be back. Well back I did come with a vengeance.

The calling of the wild North Shore

Duluth is popular, not because of Grandma’s Marathon every June but for those who have always had the love affair with the “big lake” just know the smell and sound and feel of the mighty lake calls them in.

So, well the race was well over but my childhood friend was in town for the weekend and she wanted to be near all of the action down there.

I wasn’t really in the mood to deal with  Grandma’s crowd but she kind of insisted  and as I rolled my eyes, snuck into the best secret parking spot (next to the water’s edge as they’re always open.)  We fed the meter a few quarters.

She was so amazed that there were still many runners lingering around the finish line and wanted to buy me a margarita. How could I say no?

We went to Little Angie’s right on the canal and according to the local college kids, Angie’s offers THE best Marg’s in town.  Not wanting to disappoint my friend, she wanted to people-watch outside so we were able to score a spot right outside on Angie’s sunny deck.

There are the typical tourist areas such as the popular Canal Park boasting the big ships coming in.

If you hear the locals chatting; they will call them the  “Salties” and one of the best-kept secrets is taking in a morning breakfast at Amazing Grace, a small downstairs café in the canal just off of the Canal Drive.

Taking a coffee to go and then walking down to the “big” dock or the “extra walk” of the lighthouse to see these the huge freighters come through. I have seen these hundreds of times and it always amazes me as this wall of steel passes by and the men wave as it passes through.

To avoid any stress, you may as well just stay down by the Canal at one of the local hotels. High season will fetch a pretty penny but if you wait til later in the fall the process of staying right on top of it all will drop.

That’s what all of the tourists do; and what I did before I made the decision to move to “D” town but come in the high season,  but if you can wait, it’s well worth it.  However, a great secret is staying “above the hill” for about ½ the cost and only minutes away from all of the Hustle and Bustle of the downtown area next to the Miller Hill Mall.

Festivals and Parties and Mystery Galore

Talk about a summer-long Party! There is something going on each and every weekend in the summer. There is usually a concert down at BayFront such as the ever-popular Blues Festival.

I’ve also been to the famous  Glensheen Mansion. This is the local Congdon family. A murder mystery awaits those who take this magnificent tour with breathtaking views of the lake and the beautiful gardens.  Give yourself at least a few hours for this gem. There are a variety of tours ranging from walking on the grounds to having your child’s wedding there.

Finally, I’m saving the best for last (as I hesitate to share this but feel that I must.) Pause….ok it’s the not so famous “Lake Walk” you got it out of me…… are you happy now?

Enger Tower- One of the best viewing areas to photograph the famous Aerial Lift Bridge as well as clime the actual tower which resembles a medieval castle tower. Bring a picnic lunch and hike the many trails nearby on skyline drive.

Hawk Ridge- The Hawks and other migratory birds spend time at this beautiful location on the east end of town.

The sweet life of Duluth

These are some of the things that even the local people do while mingling with the tourists.

1)      A romantic Drive to the scenic Enger Tower

2)      A mystery tour of Glensheen (the historic Congdon Mansion

3)      Visiting the Historic Maritime Museum in the famous Canal Park

If you are daring you will walk down Superior Street after dark. Even though Duluth is not my home own, I’ve made it mine. I know it and will own up to it.

Find out more about Duluth, Minnesota 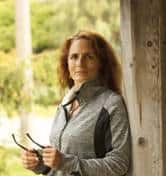 Barbara A. Pelton is a Mental Health Practitioner and behavior specialist formally with the St. Peter state-operated Forensic Facility for the Mentally Ill and Dangerous. She has been featured in MN Reader as well as Holistic Online. Her hands-on experience with the mentally ill and dangerous and her real-life experiences are the inspiration for this series. Barbara has had articles featured in local and online magazines. She resides with her husband and many pet friends in northeastern MN.