Nepal Is a New Place to Bungee Jump & Whitewater Raft–cheap!

As I stood atop a 160-meter high suspension bridge staring over the Bhote Kosi River gorge, I began to question several things.

First and foremost, the logic in searching for ‘bungee jumping accidents’ on youtube the previous evening; something akin to watching Jaws before going into shark-infested waters for a quick dip.

Secondly, why Nepal? As soon as I tell this story to people, I can immediately see that they are imagining a dilapidated bridge with half the wooden slats removed and a bungee rope with a big knot in the middle.

To answer the second question, I’ll need to head back several weeks, to the start of an adventure trip through the surreal and unusual world of Nepal.

I’d headed to Nepal (with two friends) because I’d heard of its burgeoning reputation as an adventure playground. Not only did it offer different activities to adventure powerhouses such as New Zealand, but it offered them at a much cheaper rate, too.

Standard Nepalese activities include bungee jumping, canyon swinging, canoeing, caving, white-water rafting, and hiking. Best of all; many of these activities take place all over the country, so you get to see a fair bit of Nepal.

Booking your activities is fairly easy; when the local vendors aren’t offering to sell you clothes or drugs, they act as tour guides. There are lots of little shops that more often than not offer the same type of deal.

Our package included white-water rafting, trekking, a 2-day pass at the Chitwan National park and a bungee jump, as well as all our transport and several nights worth of accommodation; it cost around £200.

Our first port of call was the Trishuli river. I’d fallen asleep with images of swirling eddies, gigantic whirl-pools and death-defying leaps over 50-foot waterfalls.

Unfortunately, this was not to be the case…

Due to uncharacteristically late monsoon, the wild Trishuli river resembled the sort of stream created by a couple of drunks around the corner of their local.

Despite a lack of danger, rafting was still enormous fun. We passed the day gliding serenely down the river, enjoying the enthralling views over the Nepalese countryside.

Hiking through the Himalayas

Our next adventure would begin in Pokhara. Pokhara provided a welcome change from Kathmandu. Set beside a sparkling lake of pure azure and surrounded by mountains deliciously topped off with an icing of creamy snow, the small town provided the perfect location to be our trek.

The trek is known as the Poon Hill circuit; we had opted for a 5-day version, though there are options to do a shorter or longer hike.

The Poon Hill circuit is the most popular of the various trekking holidays available because it is relatively easy. Well, that’s what most guide books will tell you…

Part of our package included a guide for our trek; some people will attempt to trek on their own which is easily feasible, but we had Rimal with us, whose main responsibility was to provide us with motivation when things got tough.

The trek began in Tikhedhunga before taking in Ghorepani, Poon Hill, Tadapani, Ghandruk, and Nayapul, before heading back to Pokhara (by car).

Each part of the trek was characterized by different scenery; from sweeping valleys cloaked in the mist to dense rainforest populated by large amounts of wildlife, including, worryingly, tigers.

Despite the awe-inspiring views and verdant countryside, my most vivid memories are of the rain. The late monsoon finally hit 5 minutes into our first trek; coupled with the uneven pathways, loose rocks and my lack of proper walking shoes, it made the going fairly tough.

In the end, any difficulties were more than worth it. The views from Poon Hill are particularly spectacular; make sure you take a good camera as there are plenty of opportunities to take a snap of the surrounding Himalayan mountains. Watching the sun rise over some of the world’s highest peaks is truly spectacular.

The Chitwan National Park may boast some of the most verdant vegetation this side of the Cretaceous Period, but I found the lack of animals slightly disconcerting.

Our safari guides had failed to get us excited at the prospect of some deer (“We get them in Richmond Park, mate”) and our encounter with a defecating rhino didn’t exactly make for the sort of pictures that you’ll look back on fondly in years gone by.

Even the crocodiles, which according to the slightly sadistic Rimal have a hunger for the wild dogs that play in the river, were staying out of sight.

We weren’t exactly hoping for the Battle at Kruger (a legendary youtube clip where lions, water buffaloes, and crocodiles all battle it out), but a little interaction with some wildlife would have been nice.

Thankfully, there’s one activity that more than made up for any previous grievances. We went Elephant Bathing.

No, it wasn’t a trick by the locals to get us to do a task that they hated (Take Part in a Local Nepalese Custom – Sweeping the Dining Hall Floor!). It should be more correctly labeled ‘Elephant Swimming’, or perhaps ‘Elephant Frolicking’.

An elephant really is a magnificent creature. If you’ve ever seen one in the zoo, you’re really not getting the whole picture.

It’s only when you get close enough to touch, hear and even smell the animals that you get a true sense of their splendor. Gigantic but gentle, immensely strong but docile, elephants radiate a calm presence; somehow you can detect a sort of wisdom behind their eyes, a feeling of peace.

We scaled the elephant’s back like attackers into a besieged castle and seated ourselves precariously above his shoulders; sitting on an elephant while he slowly rises to his feet is rather like being on a bouncy castle as it’s being pumped up.

Different parts of your body are rising at different rates, and then ‘Woah’; all of a sudden you’re atop the mightiest beast in the world and off to conquer Rome. Or so it feels like. Ahem.

The elephants have a mischievous sense of fun – one minute you’re enjoying the view, the next a stream of water is being ejected into your face. It was like a scene from a Marx Brothers film – real slapstick comedy.

It really was amazing entertainment – the elephant did its best to throw us about, roll us over and dunk us into the water. I couldn’t tell who was enjoying it more; us or the elephant. The only downside was that after weeks of avoiding drinking the local water, we were now being hurled, mouths agape, into a river filled with elephant dung.

The Chitwan National Park offers a variety of passes, but it’s best to book with a tour company or with the lodges in the middle of the park. They have several different options; from 2 days / 1 night passes to much longer. 3 days / 2 nights or 4 days / 3 nights will be enough time to see everything; bear in mind that two of the days will be spent traveling.

Which brings me nicely back to the Bhote Kosi River gorge. In actual fact, the Last Resort is an extremely well-run adventure sports facility, and anyone with reservations about safety can rest assured that the equipment is all top-notch and works fine; otherwise, I probably wouldn’t be writing this.

The actual bungee jump wasn’t quite as scary as I’d imagined. After standing on the bridge for nearly 2 hours watching people throw themselves off, I would’ve quite happily thrown myself off without the elastic.

The only truly terrifying moment is when your standing right on the edge, and by then it’s far too late to be scared because you already halfway off.

How’d you describe a bungee jump? It’s quite difficult because everything happens so fast. One minute you’re enjoying a magnificent view, the next you’re hurtling towards the ground at breakneck speed.

More like break-every-bone-in-your-body speed. And then it’s all over, and you’re left with the feeling that your stomach is still 160metres above you and that you’ve just done something amazing.

The Last Resort is a four-hour drive out of Kathmandu, and the company organizes transport for you; a bungee jump and transport costs €65 and comes with lunch. The lunch is delicious, but if you’re part of the afternoon group, you’ll struggle to eat much. The Last Resort has a sales office in Kathmandu. 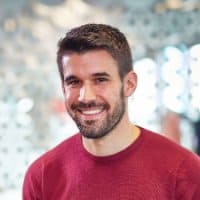 Nick Round is a freelance writer based in London who has traveled extensively around Asia and Australasia.