Why Move to Another Country?

An excerpt from A Better Life for Half the Price

Editor’s Note: Friend and colleague Tim Leffel has written a new book, and again he follows his favorite theme–how to live abroad CHEAP, and get the most out of traveling to lesser-known, better value countries.

Tim’s recognized as an expert–he lives in Mexico and saves a fortune while still being in touch with everyone he needs to be, and in the book, he makes a great case for the benefits of living abroad. Here is an excerpt from his newest book, A Better Life for Half the Price.

Many people who leave the USA, Canada, or England to live elsewhere say the biggest resistance to overcome is not internal, but external. There are a lot of doubters, haters, and envious people who have a myriad of reasons to tell you this is a dumb idea.

For those willing to research, prepare, and then take the leap, however, the post-transition time often turns out to be easier than they expected. Here’s a look at what you gain by moving to a cheaper country.

The Ability to Hold Onto More of Your Money

Medellin, Colombia, a famously affordable place to live. The number one reason cited by most expatriates who move abroad by choice is financial savings. Simply put, they spend less on monthly living expenses than they would on a comparable life at home.

Even without taking an economics class, it’s pretty easy to understand why a country like Nicaragua or Cambodia is cheaper than Canada. On pure per capita gross domestic product numbers alone, it’s around $1,900 a year for Nicaragua, around $1,000 for Cambodia, but around $52,000 for the USA and Canada.

There are inherent problems with GDP statistics, but as a rough yardstick, they show you the first two countries are far poorer than the other two—as well as other English speaking countries like the UK, Ireland, Australia, and New Zealand.

The local income level roughly impacts a wide range of costs, some direct, some trickle-down. Taxes, home costs, construction materials, food costs, and the price of a custom piece of furniture are all directly or indirectly impacted by two things: the cost of labor and the cost of real estate.

Many expatriates say they feel downright rich when they settle into living in Mexico, Panama, Hungary, or Thailand. Often they have cut their expenses substantially, but are able to do a lot more with their money.

The “ideal climate” is not the same for everyone, otherwise, we wouldn’t be spread across the globe like we are. If you ask people to pick their ideal retirement spot, however, more are going to pick a hot place than a cold one.

If that’s you, there are plenty of cheap destinations to choose from that are hot. Some of them have great beaches too. You’ve got swaths of Mexico, Central America, and some of South America on one side of the world, most of Southeast Asia and southern India on the other. Or you can be a real pioneer and move to a beach in Africa.

If you hate bugs and would prefer an “eternal spring” climate, it’s easy to find one of those. You can move somewhere that the daytime temperatures are always between 60 and 90, all year long. Your utility bills will be next to nothing and one or two light jackets could be all the outerwear you need to bring.

If you want to keep experiencing all four seasons, there are options for that too. There are European destinations featured in A Better Life for Half the Price that go from snow to hot summers, or you could move to the bottom of South America.

Whatever the ideal climate is that’s going to make you happy, you can find it in a much cheaper place than you are living now.

To Improve Your Health

Unless you’re old enough to be on Medicare in the USA and you have good supplementary insurance, almost anywhere you go is going to have a cheaper and better health care system than what you are used to experiencing. You will pay less, get far better service, and have no inexplicable surprise bills arriving in the mail months after your treatment. In most of the world, the health care system is designed to deliver a service that will make people better for a cost that everyone understands. Or no cost to the patient at all. 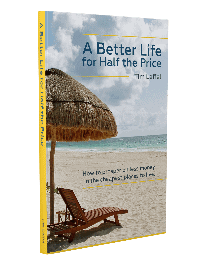 For the cheapest places to live in the world, you can probably have loads of health problems upon arrival, pay everything in cash out of pocket, and still, spend less than you did just on insurance and co-pays the year before. It’s not uncommon for some procedures to literally be one-tenth of prices in the United States, from x-rays to doctor visits to dental cleaning and check-up.

Even for those coming from a country with a national health care system, the care you get abroad will often be better than what you’re used to at home.

You’ll get in to see a doctor more quickly, that doctor may make house calls or hand out his or her cell phone number, and if you need an operation you won’t go on a months-long waiting list. You won’t dread the bill you get and you won’t have to hire a third-party service to decipher it.

Because health care costs are so much lower, you can afford to take better care of yourself and go get things checked out whenever you need it. If you need to get screenings, an MRI, an eye exam, or a full dermatology scan, you can probably do it the next day and it won’t cost you the equivalent of a month’s rent. When you get sick, you can afford to go to the doctor. If you need your teeth cleaned and a crown put on, you won’t spend the equivalent of two months’ rent to do it. If you need surgery, the price will be three or four digits, not the price of a new Mercedes.

Great care from western-trained doctors in state-of-the-art medical facilities is the norm in some countries, which is why they have become medical tourism hubs.

To Experience Another Culture

Let’s face it: your normal life is probably kind of boring. Every week you do the same things, see the same people, watch the same shows on the same boob tube, and then repeat the cycle. Your brain is probably crying out, “Feed me! Give me some stimulation!”

Some people are content to ignore that little voice and stick to a routine. They’ll keep repeating them until they die and be perfectly fine with that. If they need some variation, they’ll take the kids to Disney World and buy a bigger TV. Or a new SUV with better built-in TVs.

Then there are the restless people, the curious people, the ones who want to see something surprising, different, and amazing. If you’ve thought enough about picking up and moving, you’re probably one of those.

When you move to another country, your brain shifts gears and everything starts moving faster, with more stimulation. Each day is a little different. The sights smells, and sounds are all new. Different food, different names, often a whole different language.

The thought of all that terrifies the hell out of some people, but for the curious ones, it’s like an adrenaline injection. Suddenly the switch goes from “blah” to “bodacious.” From black and white to saturated color.

And you’re not just getting a quick fix of this: you’re living it! Your dinner table conversations start out with phrases like, “I saw something really interesting today…” or “I discovered this great little street food stall…”

To Improve Your Career Prospects

A lot of people are afraid to make the leap because they’re afraid they won’t be able to get a good job when they come back. There are plenty of well-meaning friends, relatives, and (bad) mentors who will reinforce this fear for you. The thing is, they’re usually dead wrong.

Seek out the right kind of advisers—people who have done what you’re looking to do and returned—and you’ll find they have a much more optimistic view. Most will tell you they had an easier time getting the kind of job they wanted when they returned.

After all, their resume/C.V. stood out from the hundred others that all looked similar. By moving abroad and doing something different, you’ve shown initiative, an ability to adapt, and the means to think creatively.

In today’s real job market, those traits are far more desirable than the ability to do what you’re told for years and not make any waves. If you’ve become fluent in a second language, even more doors open up.

For others, the move abroad puts their life in perspective and convinces them the regular rat race wheel they’ve been told is normal life is not for them. So they find a way to combine their passion with a market need and they become successful freelancers in a certain niche, or they start their own business with newfound confidence. They can toss the resume altogether because they’re making their own future on their own terms.

To Get Off the Treadmill 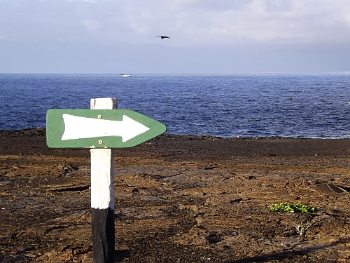 You hear a frequent lament from people living in developed countries that they feel like they’re on a treadmill, that they’re not making progress, or that they’ve lost control of their schedule and feel like all they do is work. Some spend years doing this and don’t realize how bad it has gotten until they take a long vacation or get laid off and are forced to relax.

They’re working non-stop, their buzzing smartphone essentially putting them on call at all hours, and if they’re a parent they’ve got all the over-scheduled school and sports activities in the mix as well.

Cathy Brown, a mother of three, has this to say about her move to Argentina: “I didn’t want to have to work two jobs just to get by and have a crappy apartment to come home to. I can freelance here as a writer and make it, spending a lot of quality time with my family.”

Expatriates in other countries are busy too, but it’s a very different kind of busy. “Our schedule is fuller than it was when we lived up north,” said Tim Rumsey of Mazatlan, Mexico when I interviewed him and his wife Nancy for an article. “But it’s a social schedule now. We’ve got tee times, happy hours, dinner parties, and theater shows. They’re things we want to do instead of have to do.”

In most of the world, a workaholic is not something to be admired. Family and social groups take priority over slaving away at the office and you work to live, not the other way around. For many people who move abroad, this change in outlook feels like a big weight being lifted off their shoulders.

Whether they get an international job posting or are working on their own as a virtual “solopreneur,” the rejiggering of priorities in life brought on by the new environment is invigorating. Their work is a focus, but no longer the focus of their life.