Slovakia: One of Europe’s Cheapest Destinations

An Excerpt From The World’s Cheapest Destinations – 4th Edition 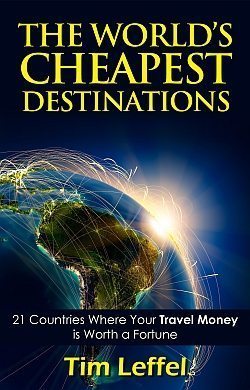 Slovakia is not as cheap as Bulgaria, Romania, or Hungary, but it does offer better values than most of the rest of Europe, plus you get the advantage of feeling like a pioneer.

While Prague and Budapest see millions of visitors each year, Slovakia subsists on a few tourism scraps in the way of river cruise visitors to Bratislava and…little else.

This is a shame because the country really has a lot to offer and Košice has one of the most pleasant historic centers you could wish for. Here you can eat well, drink well, and find plenty of sights to marvel over at a fraction of the cost of the countries to the west.

Without loads of tour buses and big groups led by someone with a megaphone or a flag, here you can relax on vacation and not have to work so hard at taking a photo without mobs of people.

Most people don’t know the first thing about this country and half get it mixed up with Slovenia but think of it as the right half of old “Czechoslovakia.”

As such, it has much of what you would expect to experience on the other side of the border—without the price inflation of Prague and with good ole euros as your currency.

It’s the country’s participation in the single currency that keeps it from being as cheap as the other three European countries in this book, all with their own money still. Locals say prices took a hike the week the euro went into effect and never went back down.

It makes for some interesting cross-border trade in the north: when the euro is weak, the Poles come across the border to load up on alcohol. When the euro is strong, the tide goes the other direction.

The main attractions here are outdoor ones, so coming in the dead of winter isn’t a great bet unless you want to take advantage of relatively cheap skiing and snow sports in the High Tatras Mountains. From April through Autumn, you can hike in those mountains, explore castles, and see interesting historic cities.

Adventure activities go from tame to wild, with a lot of unpopulated areas to explore on foot, by bike, or on a river raft. There are also a lot of caves in this region, including one where you can ride a boat “on the River Styx” and come out a tunnel at the end in Hungary.

If you haven’t gotten your fill of monasteries in Bulgaria or Romania, there are dozens of gorgeous ones here to check out, as well as some historic wooden churches and several UNESCO World Heritage sites.

(Remember that the borders have shifted a lot in this region from a century ago: much of what’s in Romania or Slovakia now used to be in Hungary—and sometimes vice-versa.)

You’ll seldom pay more than six euros for admission to anything, and usually, it’s more like two. Transportation is reasonable, but not all that well set up for English speakers.

There’s not much of a backpacker infrastructure or a network of fluent English speakers, so this is a country where I would definitely advise carrying a guidebook—and a phrase book.

Or suck it up and go on an organized tour if you can find one. It’ll probably start in Bratislava, as there are almost no domestic agencies elsewhere.

I had two English-speaking guides in the eastern part of the country when researching an article and supposedly that was half of the total number registered!

Try to stay out of trouble here: the World Economic Forum ranks the Slovakian judicial system 140th out of 144 countries they track.

As mentioned, not many backpackers make it to Slovakia. Apart from neighboring Hungarians and Poles, not many travelers period.

So outside of the capital, there’s not the bustling backpacker infrastructure you find in the northern Czech Republic or Budapest, with dozens of hostels to choose from and day trip tours going out regularly.

So lodging tends to be a better deal for mid-range travelers: almost nothing is more than $125 per night except a smattering of international business chain hotels.

It’s far easier if you’re a couple, not a single, as hostels are rare. Camping is easy and cheap and around the hiking areas, you can rent a simple mountain hut for two for under 10 euros/$13.

Camping at many national parks is $8 for one person with a tent, $12 for two. Mountain hut bed rentals generally run $6 to $10 per person. Sometimes shared, sometimes private doubles.

A hostel bed in Bratislava is rather high because of limited competition. Figure on $17 to $25 per person. Often a couple is better off at a 2- to 4-star hotel or pension. That averages $26 to $70 double throughout the country, usually including breakfast.

Sometimes you can find an apartment or house for four with kitchen for $60 to $90 per night. Less in rural areas: there are a lot of empty houses in Slovakia because the owners are working in Western Europe somewhere to make more money.

At the high end, it doesn’t cost much to splurge. The best hotel in Košice is often listed for $120 or less for a standard double. In Bratislava, there are typically 30 or 40 hotels for $60 or less double, but only a few listed for more than $150.

The best deals in Slovakia are on what you consume: restaurant food, wine, and beer especially. This is a country where you can still get a big multi-course lunch and a glass or two of good wine or a great beer for less than US$10. A soda can cost more than a beer or wine, as can coffee. You can drink the tap water.

You’ll seldom leave the table hungry. The local cuisine is hearty and filling. Think sheep cheese dumplings, roasted pork, big bowls of pasta, and fried cheese. Maybe with a side salad that has extra cheese, and a plate of bread and butter. Plus some peppers in olive oil and some cheese for good measure.

There’s not a whole lot of street food here unless you get into a Roma neighborhood. For the locals, it’s generally fast food, a real restaurant, or eating at home.

For a half-liter of the excellent local beer (The Thirsty Monk, for example), you’ll pay from $1 at happy hour to $2.50 in a nice place, with the average in the middle. In a store, the same size is 60¢ to $1. Good Czech beers sell for similar prices.

The wine in Slovakia is a pleasant surprise to many visitors, with the whites and dessert wines on par with what you’ll find in Hungary: they share the Tokaj wine region. A good bottle of wine in a bar/restaurant averages $6 to $12.

The house wine will often be $2.60 (two euros) or less a glass; sometimes much less. In a store, the majority of bottles are between $3.50 and $8, with only the premium brands hitting $10 to $20. There are some nice wine bars where you can sample a range of them without killing your credit card like you would at home.

The local firewater of choice is fruit brandy—usually made from plums, grapes, or pears—that’s used as a digestive before the meal or as something drunk for hours until you’re legless. A small glass in a restaurant or bar is 60¢ to $1.60 depending on quality, with a bottle of it starting at a few dollars in a store.

Coffee, water, and soda will all cost you more than a dollar at a restaurant or bar. It’s economically unsound to be a non-drinker and shun the local tap water here. Locals generally don’t do much more than round up the bill for a tip, so 10% is considered generous.

Getting around is the big rub in Slovakia. The train system leaves a lot to be desired, for a start. Bratislava is connected to several other countries, but at the time of writing, from Košice you could go south to Budapest, but not north to Krakow.

There’s a connection from Košice to the High Tatras Mountains, but not to the capital. Where there is a regular connection, the express trains take no more than six hours and top out at a price of $24, some being half that.

The bus system is a better bet for most towns, once you make sure you’re on the right one. A short 20 km trip will be around $2. The seven-hour trip from Bratislava to Košice is about the most expensive domestic ticket you can get, costing $23 or so. This isn’t a real big country to get around.

City trams and buses are usually 70¢ for a short ride to $1.20 for something that will take an hour. It can be cheaper to get a one-day pass for $6 or so, or a multi-day pass for less per day.

Taxi fares are less than a dollar a km, but the flag drop can be two euros, so figure $5 and up for all but the shortest ride. Getting to the airport from the center will cost around $13 to $20 in Bratislava, $10 to $15 in Košice.
You can rent a bike for a 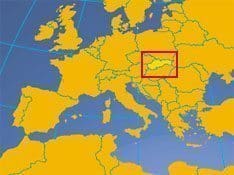 • Slovakia is a great place to do winery tours and discover things you have never tried before, like Grüner Veltliner, Welsh Reisling, Furmint, and Lipovina. Several distinct wine regions produce soft reds, mineral-rich whites, and good dessert wine. Some of the wineries have inexpensive lodges or rooms for rent.

• There’s an interesting area along the Slovakia/Poland border in the north where you can take a $10 or so wooden boat ride down the Dunajec River bordering the two countries, through impressive rock canyons. There are camping sites and a few inexpensive lodges where it begins, plus this is a good area for hiking and cycling.

• There are only five million people in this whole country and not all that much industry, so it’s easy to find a quiet spot in Slovakia. Hiking here really means getting away from it all.

• Small Slovakia doesn’t have a whole lot of superlatives to boast about, but you can check out the “highest Gothic altar in the world” in the pretty town of Levoca.

• If you’re into castles—or have kids who are—this is your destination. There are more than 100 of them scattered across the lands, from 13th-century ones that held off the Tartars to grand manor houses with 20 bedrooms.

• This is a tough place to get online if you’re not carrying your own device. Cyber cafes exist in Bratislava, but in a week I only saw one elsewhere.

• What you can get for a buck or less: a liter of milk, a kilo of potatoes, a small bottle of beer in a bar or restaurant, a glass of house wine, a shot of fruit brandy, a local bus or tram ride, admission to some churches and monasteries.