Romania: There Are No Vampires in Transylvania

Since this is a story about Transylvania, Romania, it’s going to be scary, right?

Set in a dark, damp forest with clouds of mist wafting through the trees. Throw in a creaky carriage bound for a mysterious clifftop castle. You can almost hear the ominous organ music. Watch out for the bat swooping from the shadows!

Well, sorry to disappoint just before Halloween, but the pop-culture image of Transylvania is a pile of rubbish. Which figures, since the man who made Transylvania infamous, the Irish writer Bram Stoker, never set foot in the place, before or after his novel “Dracula” became a worldwide sensation at the end of the 19<span “vertical-align: text-top;”>th century.

What Stoker would have seen then, had he bothered to visit, is not that much different from what a visitor to Transylvania can see today, or would have seen 500 years ago: Fields of green and gold bordered by wrinkled, forest-covered crags of mountains.

Tiny villages with sturdy houses built in a centuries-old style and painted in earth tones or bright pastels. Winding roads where horse-drawn carts are everyday transportation. A 600-year-old castle, one of the best-preserved in Eastern Europe.

And, in the hilltop citadel that crowns the beautiful city of Sighisoara, the birthplace of Vlad Tepes, the ferocious (dare we say bloodthirsty?) 15th-century warrior-prince whose hair-raising legend gave Stoker a title for his novel and a name for his villain.

Today, Vlad’s childhood home is a restaurant. If a red liquid would add some Dracula atmosphere for you, try the tomato soup.

But Transylvania doesn’t need to be dressed up with manufactured tourist trappings. It is scenic, historic and welcoming.

While Stoker made Transylvania infamous, Romania is a bit of a cipher for many people, a blank spot on the map of Eastern Europe.

While it is bordered by Slavic lands (Serbia and Ukraine among them) and its religious practice is mostly Orthodox, Romania’s roots are Latin, traceable to its origins as a Roman province (hence the country’s name). Its language echoes Italian and Spanish; if you speak either of those languages, you can understand a few basic words of Romanian.

Romania’s history is a litany of invasion, occupation, and battles to throw out the occupiers. A partial list includes Slavs and Magyars (ancestors of modern Hungarians), Turks, the Hapsburgs from Austria and, after World War II, the Soviet Union. The country’s last communist ruler, Nicolai Ceausescu, was deposed and executed in 1989.

Lately, Romania has been hobbled not just by the hangover of communism but also by political corruption. During our visit, the mayor of Bucharest was arrested on charges of taking bribes, soon after an indictment accused the prime minister of tax evasion and money laundering.

We started our visit in Bucharest, the capital. Bucharest deserves a spot on the Dracula tour, if only as a place to start separating Stoker’s fictional count from the historical Vlad Tepes, whom some Romanians regard as a national hero for his battles against Turkish invaders.

Though born in Transylvania in about 1431, Vlad and his forbearers ruled the province of Wallachia – now southern Romania – from Bucharest. The ruins of his palace – a few arches and columns — stand near a pedestrian crossroads in Bucharest’s Old Town, fronted by an imposing bust of Vlad in all his lush-mustached glory.

To avoid Bucharest traffic en route to Transylvania we rented our car at the international airport, about 10 miles from the city center, and headed north on Romania’s main national highway, which leads directly to Transylvania, though definitely not straight.

The road winds its way up and over the Bucegi Mountains, a southern branch of the Carpathians, with peaks exceeding 8,000 feet and lower reaches carpeted with thick pine forest.

If you like two-lane roads knit together from one hairpin turn after another, this is heaven. Fortunately the main highway and even some side roads are smooth asphalt and the drivers appropriately cautious.

On the other side of the mountains, at the gateway to Transylvania, stands Bran Castle, shamelessly marketed in some quarters as “Dracula Castle.” Some surmise that Stoker cobbled his description of Dracula’s castle from an etching of Bran Castle available in a contemporary book – his prose portrait fits the real thing snugly.

And the real Vlad may have been imprisoned there during his battles with Hungarian invaders from the north.

Today the only siege of Bran Castle is laid by the souvenir stalls, cafes and bars that line the approach — the only really touristy spot we saw in Transylvania. But once we bought our tickets, entered the quiet, tree-shaded castle park and started to climb the winding stone ramp to the castle itself, we found ourselves in a totally different realm.

Built on a precipice, its towers topped by red tile roofs, Bran FEELS like a fortress completed in 1388 and preserved as it was centuries ago – not freshly painted and polished, not ruined, just authentic, with creaky wooden staircases, massive fireplaces, impossibly low ceilings and windows cut into thick walls to give archers a place from which to shoot.

The castle is filled with furnishings and photos that tell the stories of Romanian royals who restored it and made it their home in the 1920s and 30s.

Perhaps the most fascinating tale is that of Queen Marie, a strong-willed granddaughter of Britain’s Queen Victoria who married Romania’s crown prince and later persuaded him, as king, to bring his country into World War I on the Allied side.

She became immensely popular in her adopted country, serving as a nurse in military hospitals. Today her grandchildren own the castle – though in recent years they have put it up for sale for an asking price reported to be as high as $135 million.

Like Bran, the fortress-town of Sighisoara can stand on its own as a traveler’s destination, without any Dracula connections.

Yes, Vlad Tepes was born there in a nondescript three-story building on the main square that is now painted a sort of pumpkin orange and houses a restaurant. (It’s marked as “Dracula’s Birth Place” on the national tourist authority’s city map.)

The name “Dracul,” Romanian for dragon or devil, was part of his inheritance – it was the name of an order of knights to which his father belonged.

Later in life, Vlad acquired another ominous nickname – “The Impaler” – from his practice impaling his enemies on wooden spikes and leaving them to die of exposure.

There is no trace of such gruesomeness in Sighisoara. The citadel, a UNESCO World Heritage site dating from the 1300s, was built by Saxon and Hungarian settlers as a bastion against the Turks.

Its walls connected defensive towers, each built and maintained by one of the city’s guilds.

Nine of fourteen towers still stand, guarding a small network of cobblestone streets and a pair of centuries-old Gothic churches.

The citadel’s visual focal point is the fortress-like Clock Tower, built in the 1400s. It was remodeled two centuries later to incorporate two displays of mechanized figurines, one facing the citadel’s interior and the other overlooking the town below, that move as the hours are struck.

Sighisoara is a place to wander and relax. Climb the not-too-taxing stone steps to the citadel, wander the quiet, narrow streets, pause in the main square as the Clock Tower’s display strikes the hour, stop in a café for coffee or, as we did, for a lunch of pizza and dark Romanian beer.

And, yes, browse the souvenir shops to chuckle at the seemingly endless variations on the Dracula theme – t-shirts and refrigerator magnets and coffee mugs and on and on. Yes, it dented our illusion of having stepped back 600 years in time, but only a bit.

The Heart of Transylvania

On long drives to places like Bran and Sighisoara, it’s all too easy to overlook the heart of Transylvania – its countryside and tiny villages. German-speaking Saxons settled the rich, slightly hilly farmland more than 800 years ago, invited here to defend the southern border of the Holy Roman Empire against Muslim invaders.

Enclaves of Saxon descendants who spoke a German dialect remained here until the fall of Communism, in 1989, after which most migrated to Germany.

The Saxons’ legacy endures in the militant architecture of the villagers’ homes, built snugly against one another with small windows facing the road, to form a defensive front against attackers.

In many Transylvanian villages, the local church was built to serve as a fortress as well, with high walls and slit windows providing a bastion for villagers when attackers threatened. One of the best-preserved fortified churches is in Viscri, an off-the-beaten-path hamlet which nonetheless has drawn the attention of preservationists including Britain’s Prince Charles.

Here in the countryside, paved roads and the cars that whiz along them are nearly the only encroachment of modern life, and it’s a minor one at that. This is a place where horse-drawn carts haul families or bundles of hay, not tourists.

Small shrines watch over nearly every village from the outskirts: A cross with a painted, gilt-trimmed image of Christ, sheltered by a tiny roof. At the roadsides old folks sit patiently outside their homes, waiting for buyers for their knee-high sacks of freshly dug red potatoes.

There was not a vampire in sight.

Find out more about visiting Transylvania. 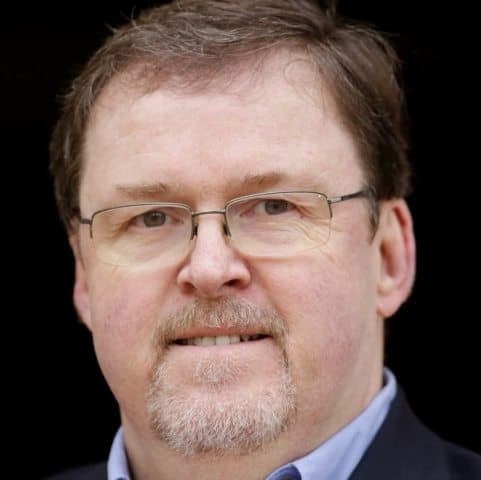 John Dowling is a digital content consultant and former longtime Associated Press journalist based in Chicago. His favorite travel destination is India, though he is very open to finding a new favorite.