I’m floating on my back in teal-blue water, staring at the cloud-spotted sky. Saltwater pools on my sun-kissed stomach as my body hovers between the layer of air and ocean. I breathe in and out—each inhale and exhale vibrating like wind in my submerged ears.

My hair cascades across the surface of the water, and I let the waves brush through it as I listen to my friends splashing along the shoreline and the catcalls of a group of intoxicated teenagers on a boat nearby.

The peace breaks as a burning sensation rises from my thigh up my back, slicing my skin like knives.

“Holy sh*t!” I scream as I stand up and lunge back towards shore through knee-deep water. “It burns!”

My friends, at first stunned, clutch their stomachs and laugh as I roll around on the sand, trying to ease the pain of the jellyfish sting. I press my hands on the back of my thigh hoping to quell the heat, but my flesh singes at the touch.

“Riley, you’re going to hate this, but you know what we have to do,” my friend Haley says. “We have to pee on it.”

I stop writhing and sit up as reality sets in: we’re on a remote island with no medical supplies and the ferry doesn’t arrive for another six hours. I’m going to be pissed on.

My five friends and I traveled to Isla Taboga in 2011 for a weekend escape from noisy Panama City. Just 12 nautical miles outside the capital, the island boasts dozens of wildflower hiking trails, one untrafficked cobble-stoned road, and the second-oldest church in the western hemisphere. Once the site of gold rush activity and a German internment camp during World War II, the island is rich with history. A sole ferry makes the 45-minute ride between the city and the island, shuttling locals and tourists to quiet beaches and warm waters.

We arrived on a sunny August morning, looking for a hostel called Hotel Taboga, which after a few minutes of aimless searching, we realized no longer existed. Some locals noticed our bewildered state and directed us towards Hotel Acuario—more of an apartment the owner of the Acuario restaurant, Señor Ubaldo, occasionally rents out to tourists.

After a few please and thank you’s, we were given two bedrooms, a kitchen, and a living room for the price of $10 a night. Reliable electrical outlets and ocean views overshadowed the cold shower and shaky bunk beds, so we couldn’t complain. We dropped our bags, put on our swimsuits, and began exploring.

Señor Ubaldo granted us full access to his collection of rafts, which we took around the quiet bay, bobbing past fishing boats and Panama City vacationers. After sufficiently soaking ourselves in saltwater—and I in Haley’s pee—we returned to Acuario for a meal of fresh-caught fish, salad, and fries. The name “Isla Taboga” derives from the Indian word aboga meaning “much fish,” and buttery Corvina and trout have thus become centerpieces of the island diet.

Most tourists head to the expensive Vereda Tropical Hotel for dinner and bypass the unassuming patio restaurant that sits alongside the main road. So we enjoyed our meal, made and served by Señor Ubaldo, in peace as the sun sank behind the Panama City skyline.

Two elderly men in the restaurant visiting the island from the capitol counseled us on our weekend plans. They directed us towards a hike up Cerro de la Cruz that they used to climb together.

“The island is a beautiful place to explore by foot,” one of the men, Beder Antonio, said. “It’s really a surprise the ministry of tourism hasn’t exploited this paradise yet.”

On Isla Taboga, locals outnumber tourists. The island contains the vacation homes of governors and presidents, and its beaches are scattered with the umbrellas and towels of Panama City residents rather than disposable cameras and Spanish-English dictionaries. Perhaps tourists are scared away by the ancient ferry’s unreliable service or the limited dining options, but, either way, the island has yet to reach international travel notoriety.

Our ruddy guidebooks provided little information about activities for the weekend, so we excitedly wrote down Antonio and his friend’s expert suggestions before making our way upstairs to our rooms for the night.

The next day, we awoke to a nameless dog barking on our balcony and the sounds of Señor Ubaldo preparing breakfast downstairs. After our morning coffee, we walked through the town’s winding roads, passing mothers carting strollers and locals hauling fish to market.

As I looked around at the ivy-covered houses and blossoming orchids, it was hard to believe slaves and marauding pirates once occupied these serene streets. The only evidence of colonial activity on the island that remains is a handful of statues and buildings constructed by Spanish conquistadores.

We visited one of these relics—San Pedro Church—on our way to Cerro de la Cruz. Spanish explorers built the church in 1524 and it is said to be the second oldest church in the western hemisphere.

The whitewashed building located in the center of town near the plaza calls locals to its biweekly masses with its bells and hymns.

Above the main entrance, a statue of the island’s patron saint, Virgen del Carmen, invites visitors inside to admire the artwork, relax on a bench, or pray. One of the many visitors throughout the church’s tenure is Santa Rosa de Lima, who was named the first saint in the Western World and lived just down the street in a small house on the beach.

After a quick self-guided tour of the church, we continued to the south end of town to begin our hike. The cobblestoned road soon turned to dirt, and we climbed steadily upwards taking in views of the bay around us.

About half an hour later, we reached Cerro de la Cruz, which is marked by a 20-foot-high wooden cross that dates back to the founding of the island in the 16th century. The signature cross is more than just the island’s postcard image, but also the site of artillery practice by the US Navy in the 1940s.

We snapped a few pictures and continued walking on the path that led us towards the highest peak on Isla Taboga—Cerro Vigia. From almost 1,200 feet, Cerro Vigia holds panoramic views of the Pacific Ocean, Bridge of the Gods, and surrounding islands. An old U.S. Army spotlight installation built during World War II rests at the summit and serves as a watchtower for tourists and an aviation tower for Panama City airport’s international flights.

From the tower, we took in one last view of the island before heading back to our hotel. We saw fisherman docking their boats for the day, the palm trees that wind along the town’s streets, and the shoreline where my jellyfish aggressor probably still lurked.

I laughed as I thought about the pee-filled Styrofoam Cup-O-Noodles and the bulging eyes of gawking tourists. The first aid procedure was admittedly unconventional, but thanks to a loyal friend and Survivorman episodic knowledge, my sting did finally heal, and I traveled around this tropical Panamanian island with nothing more than a faint red line up my back where the jellyfish’s tentacle once dared explore

How to Get There:

From Isla Taboga to Panama City, the ferry departs Monday, Wednesday, and Friday at 9:30 am and 4:30 pm; Tuesday and Thursday at 4:30 pm; and Saturday and Sunday at 9 am, 3 pm, and 5 pm. The 45-minute ride features views of the city skyline, Bridge of the Gods, and canal.

This two-bedroom apartment located above the Acuario restaurant sleeps five comfortably and includes a kitchen, living space, and front patio that are perfect for watching the sun rise or set over the beach below. The owner, Senor Ubaldo, charges $10 per person per night.

This high-end hotel offers 12 rooms with ocean views, spacious patios, and Mexican-style furnishings. The restaurant downstairs is a popular dining option among tourists and food is served on an open-air veranda. Facilities include laundry and Internet.

Although out of the way, this adorable restaurant serves a variety of seafood dishes like garlic-butter shrimp and fish of the day with fried yucca. Entrees range between $10-15 and reservations are encouraged.

For intimate service and oceanfront dining, visit the Acuario Restaurant. All entrees are $10 and feature meat or fish plus fries and a salad.

Taboga Fishing Charters: For two hours, troll for dorado, roosterfish, sierra, and wahoo around the shores of the island. The tour includes all gear, but be sure to bring a hat and camera for the trip.

For a day trip, bring a swimsuit, towel, hat, hiking boots, emergency medical kit, and sunscreen for the ferry ride. 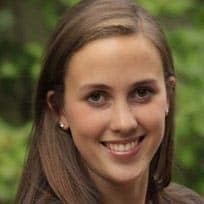 Jane Stevenson is a freelance writer from Oregon. Find out more about her work and her life on her website.